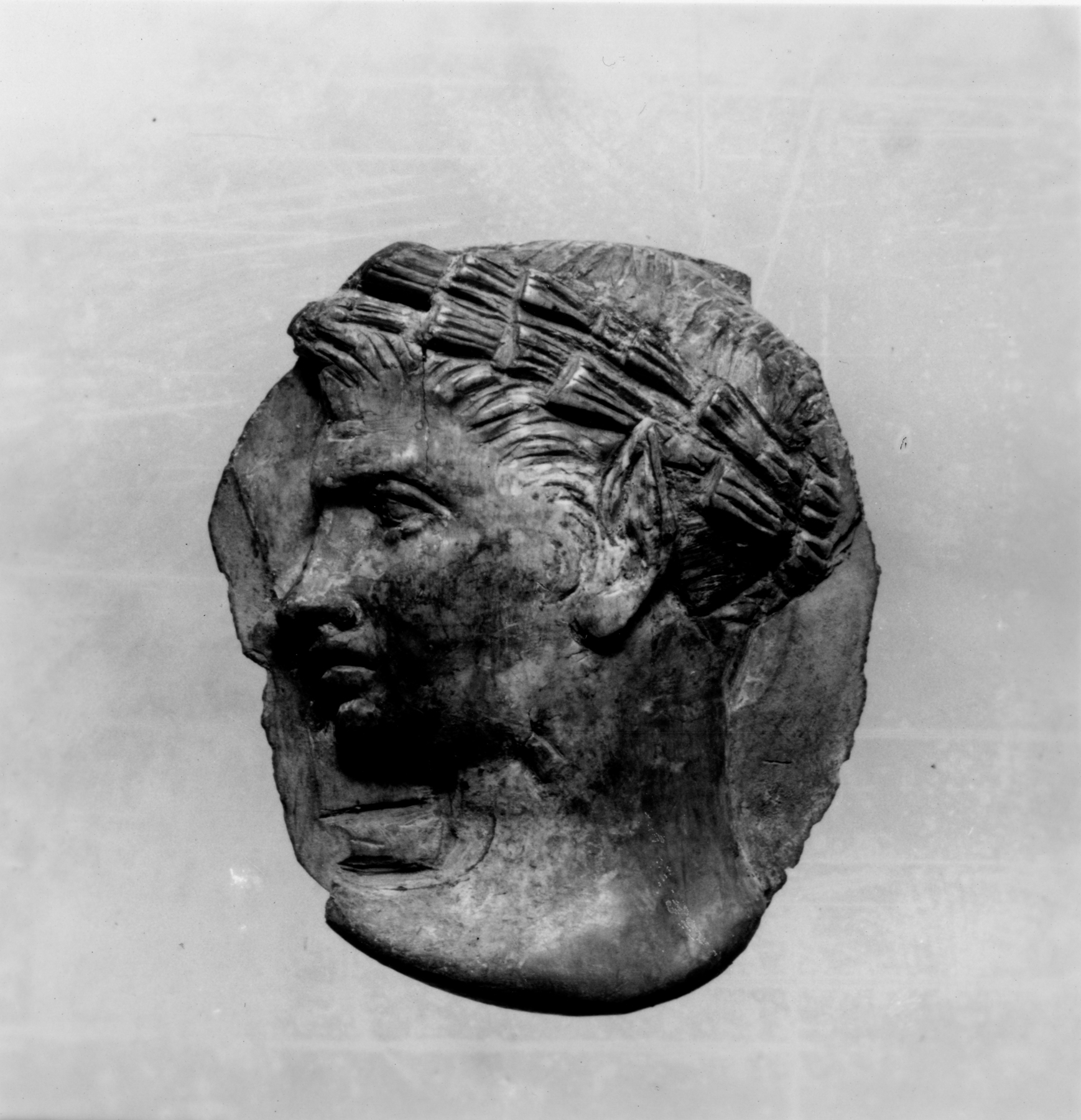 Carved in high relief is a wreathed satyr's head is profile to the left, his neck and wreath extending beyond the circular back. The appliqué, originally a circular medallion but now damaged at the sides, ornamented the lower end of a fulcrum. The undecorated back surface has a central depression from which the once circular contour was compass drawn. The medallion would have been glued to the fulcrum, its back surface heavily scored for proper adhesion.