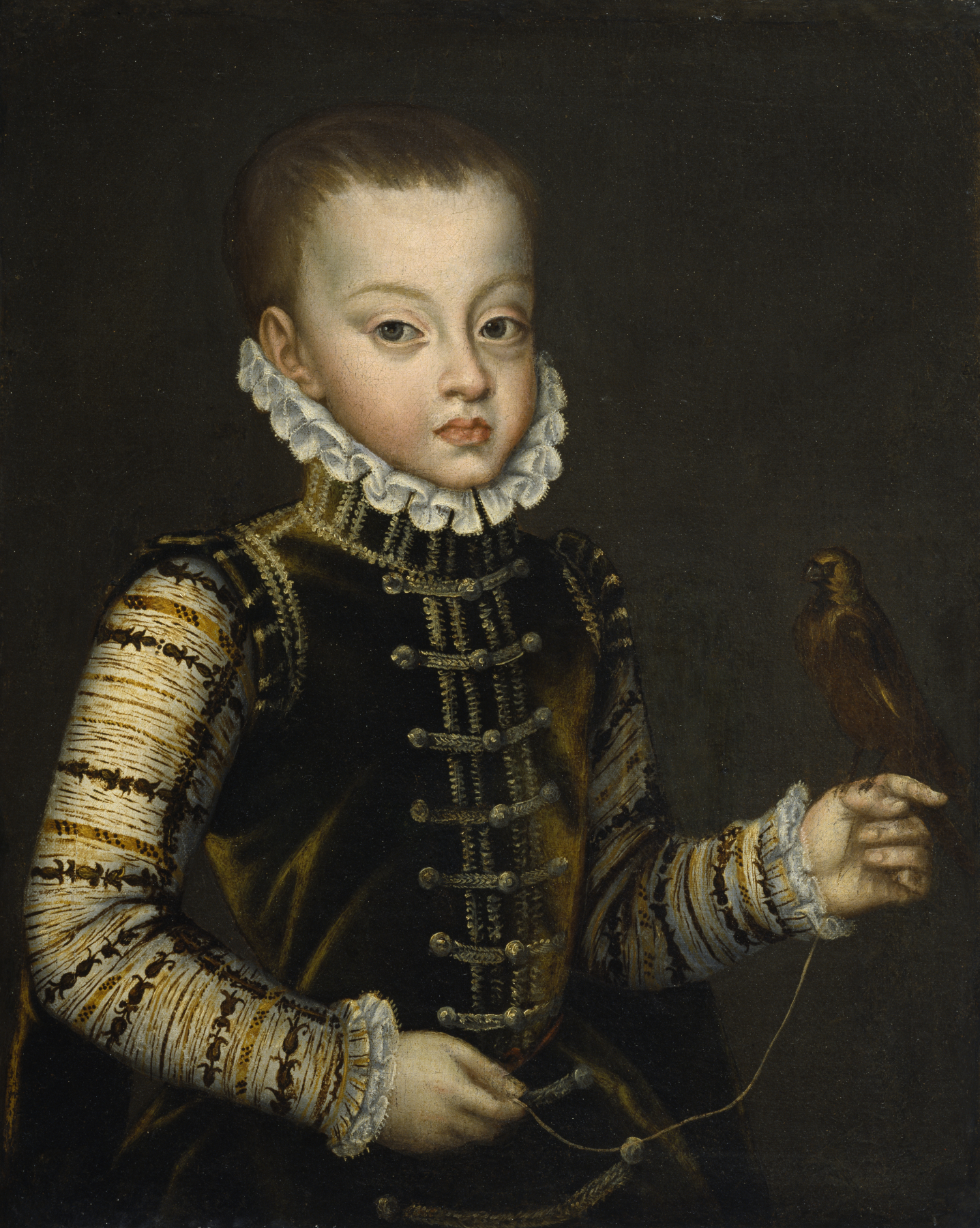 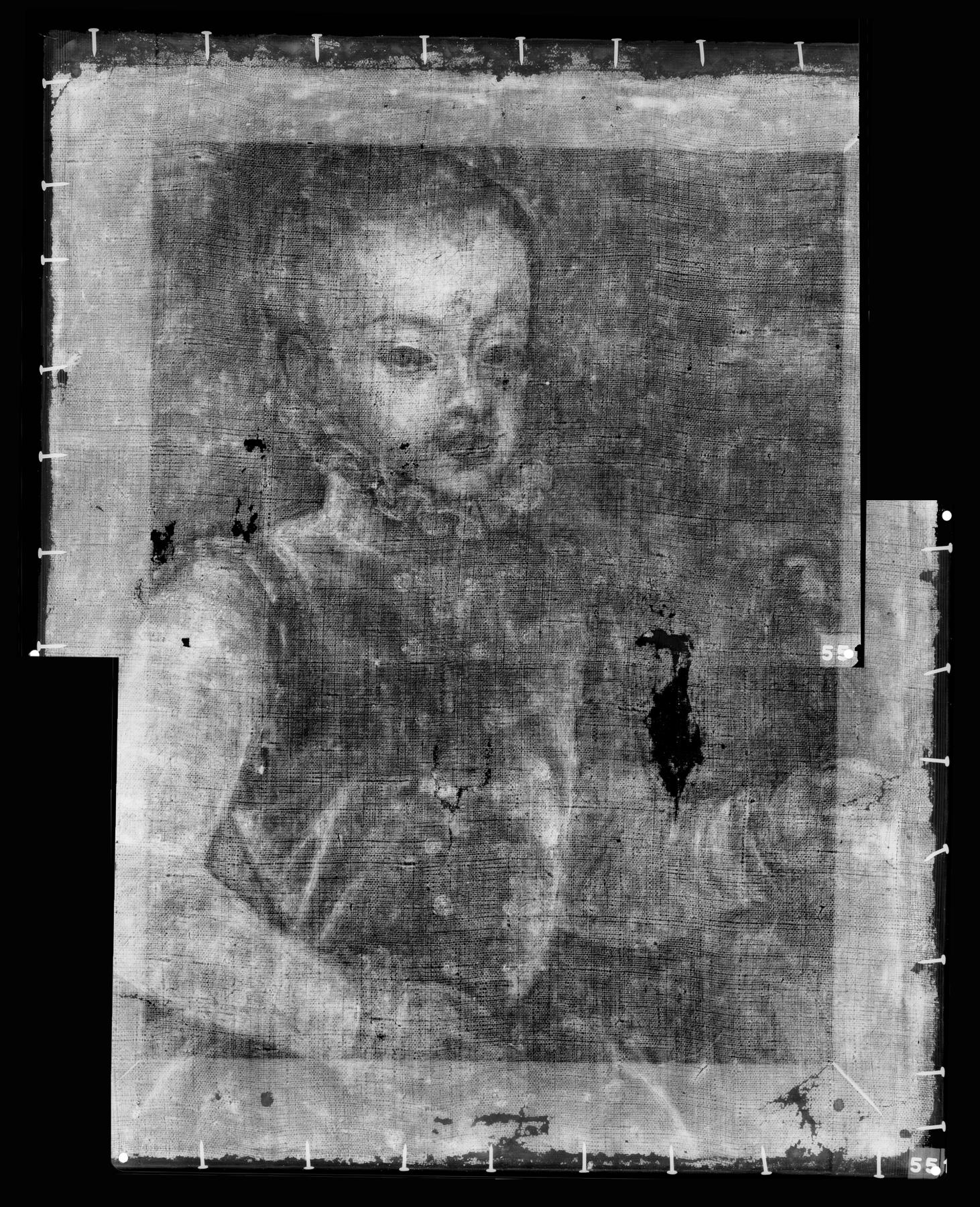 Portrait of Infante Ferdinand of Spain

Ferdinand of Spain (1571-1577) was the son of Philip II of Spain and a half-brother of Archduchess Isabella, near whose portrait in the Walters' Chamber of Wonders this portrait hangs.Ferdinand still wears a skirt, so he must be no more than about four years old. He would soon transition to adult male pants.
Coello trained in Brussels and spent much of his career in Philip's service. A portrait by Coello of Ferdinand in a green coat with a pet bird was in the king's estate; this is that painting or a version made for a relative such as Isabella.