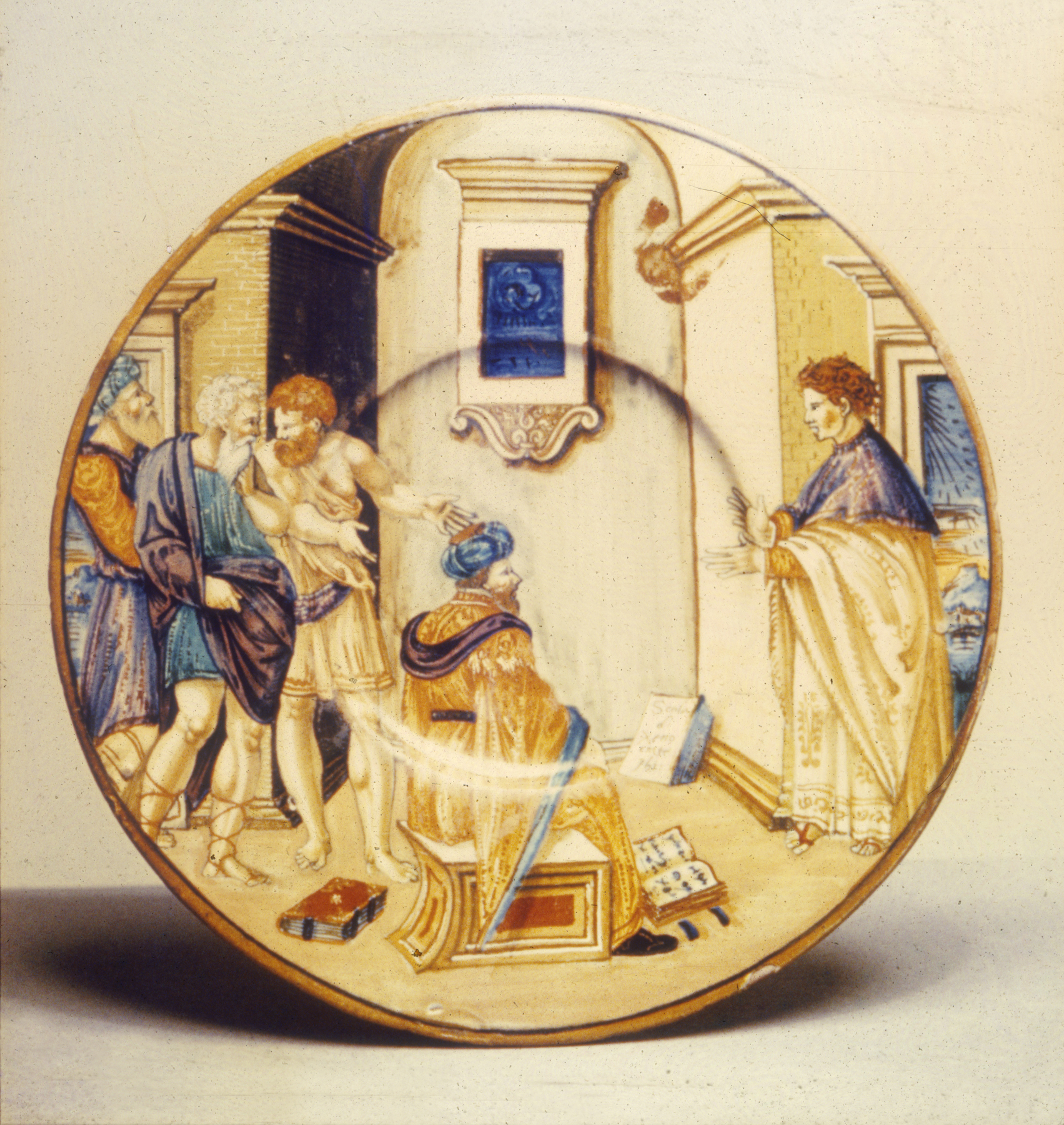 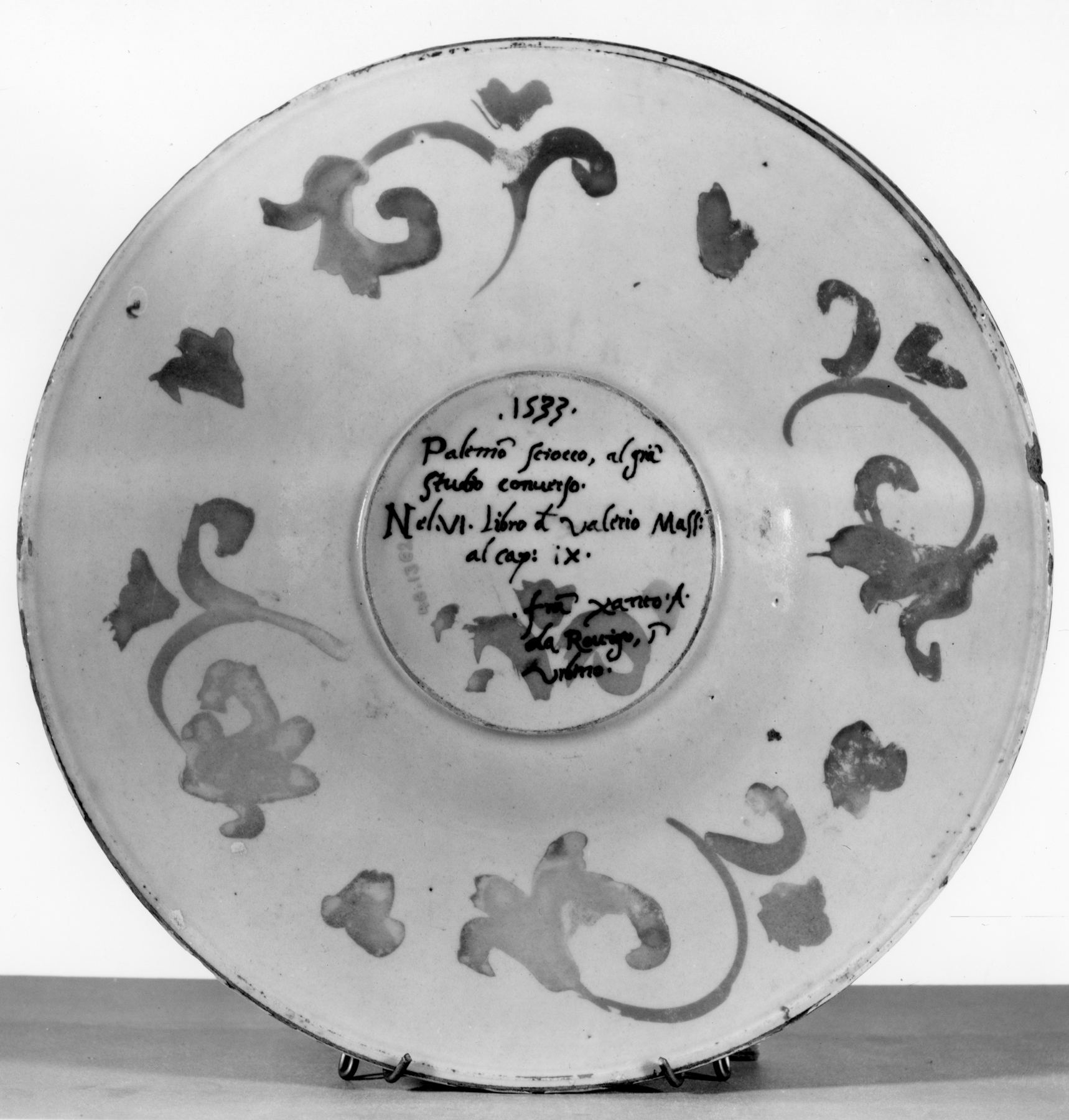 Plate with the School of Xenocrates

The subject of this maiolica (tin-glazed earthenware) istoriato (story telling) dish is a discussion taking place in the school of the famous Greek philospher Xenocrates, who in the 4th century BCE led the academy in Athens first established by Plato.The subject is identified in an inscription on a book in the scene itself and through the reference written on the back of the plate in the artist's workshop. The richly dressed Xenocrates is seated in the central foreground, before an arched recess that sets him off and artfully echoes the curve of the plate. At left a group of the philosopher's pupils discuss his teachings, while a lone figure occupies the rim of the plate on the right and vigorously gesticulates with his hands. Following the practice of many maiolica painters, and no doubt the demands of his patrons, Avelli sent this plate to Gubbio to receive the distinctive ruby-red-colored luster available only in Maestro Giorgio's workshop. The plate was signed twice on the back: by Xanto Avelli (who also dated it) and then by the lusterer. However the latter, Giorgio Andreoli, appears to have tried to take credit for the execution of the whole plate by obscuring Avelli's elaborate signture on the reverse with a thick application of the rich metallic luster pigment.
For more on Xanto Avelli, see no. 48.1373 and for other works by the artist, click on his name in the "creator" field.
For maiolica, see 48.1336; for istoriato ware, see 48.1487.