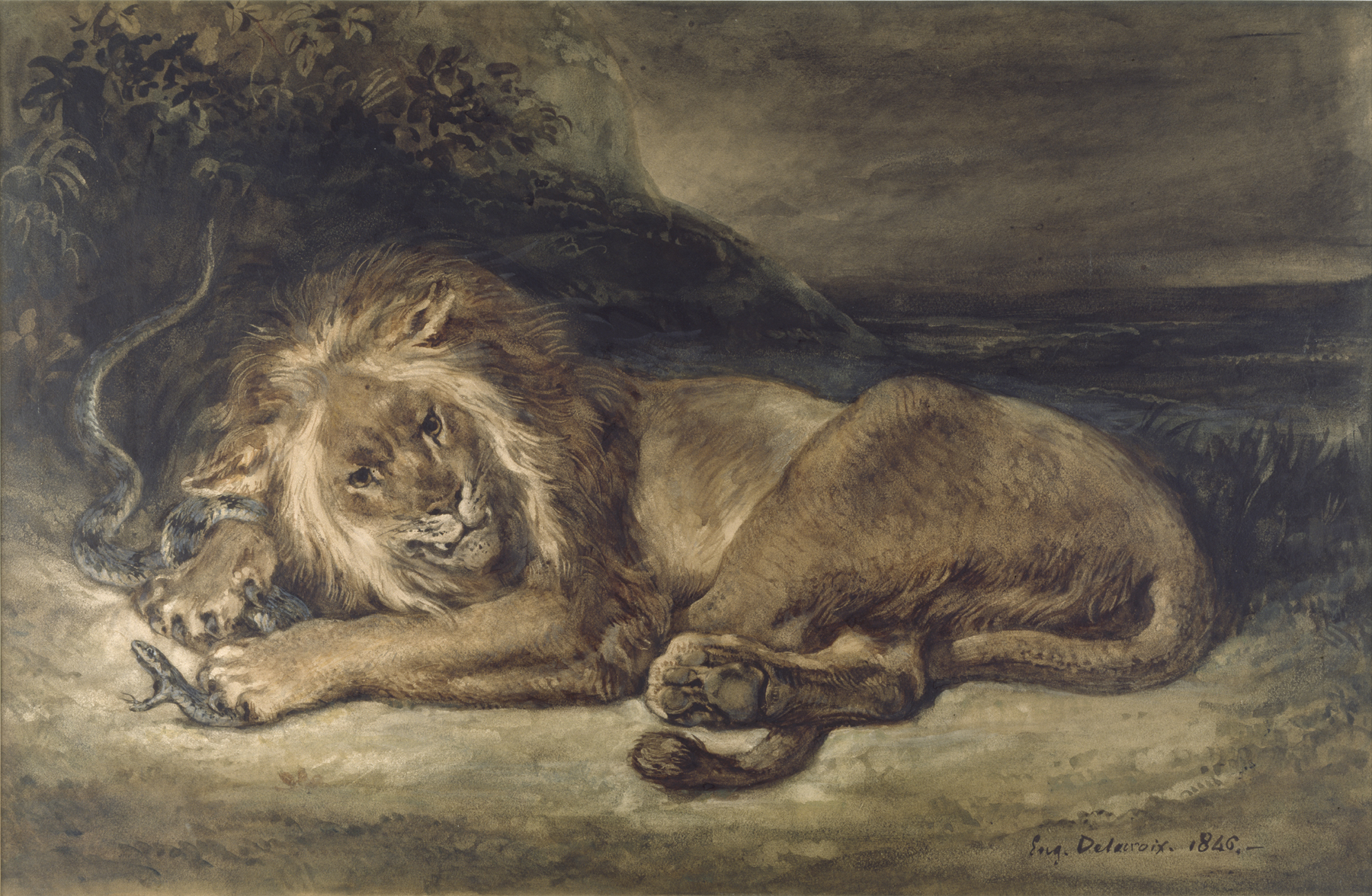 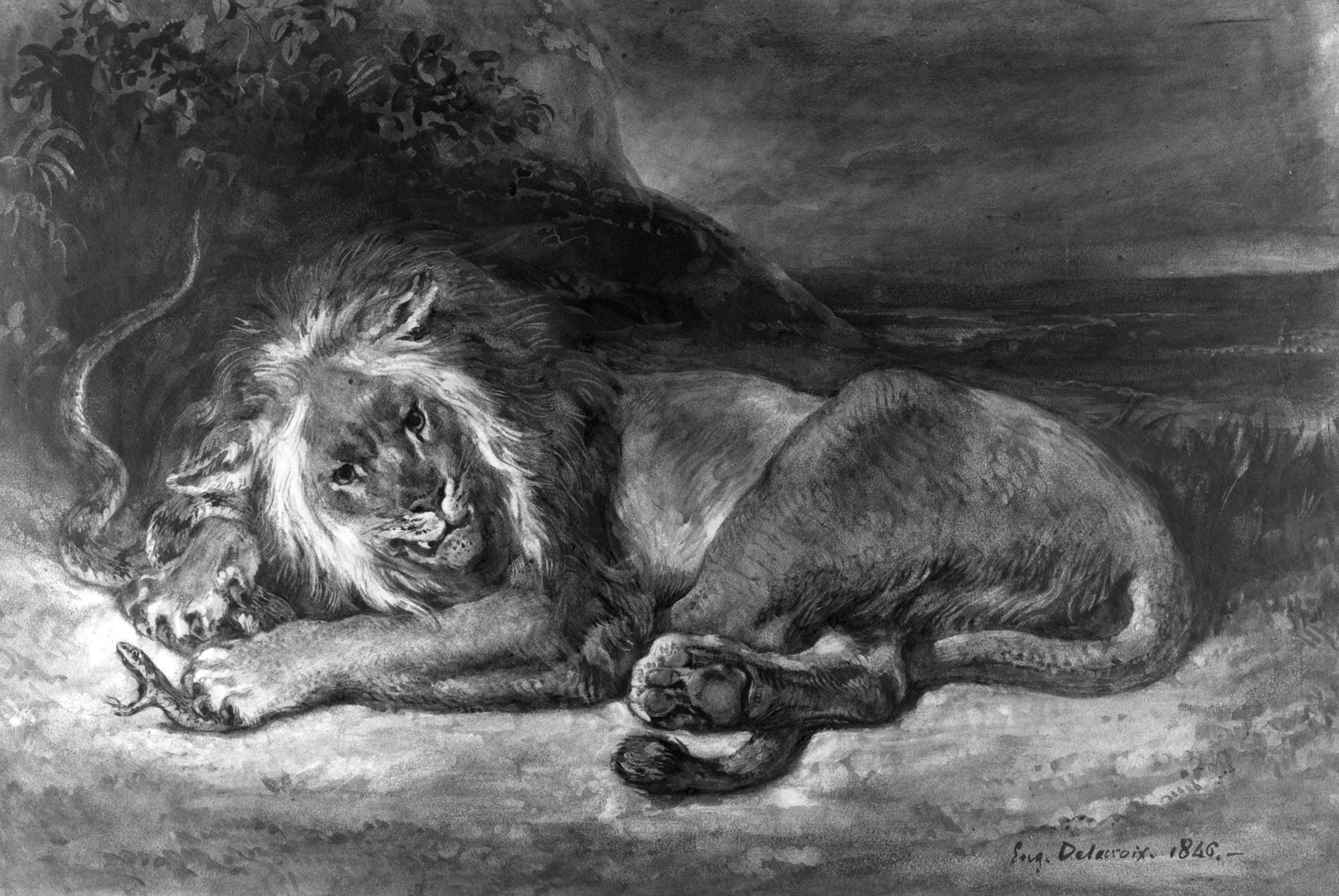 Delacroix's "Lion and Snake" is one of an important series of feline images that the artist created around mid-century and imparts an anthropomorphic view of the animal world based on contemporary science. The reclining lion traps a snake deftly against the ground with his two front paws, as he gazes almost contemplatively away from his victim. The snake, on the other hand, writhes in pain as he attempts free himself from the lion's grasp. Delacroix integrates the action with dark forms in the background, which emphasize the lion's contour, and with areas of light in the sky, which underscore highlights in the lion's paws, face, and body. The pose and the features of the cat's head, particularly the nostrils and eyes, derive from Delacroix's lion in his mural "Justice" in the Salon du Roi at the Palais Bourbon in Paris completed in 1838. If "Lion and Snake" and its source are allegories of justice over malevolence, the Walters Art Museum's lion suggests human introspection, whereas the Palais Bourbon's lion expresses brute force.