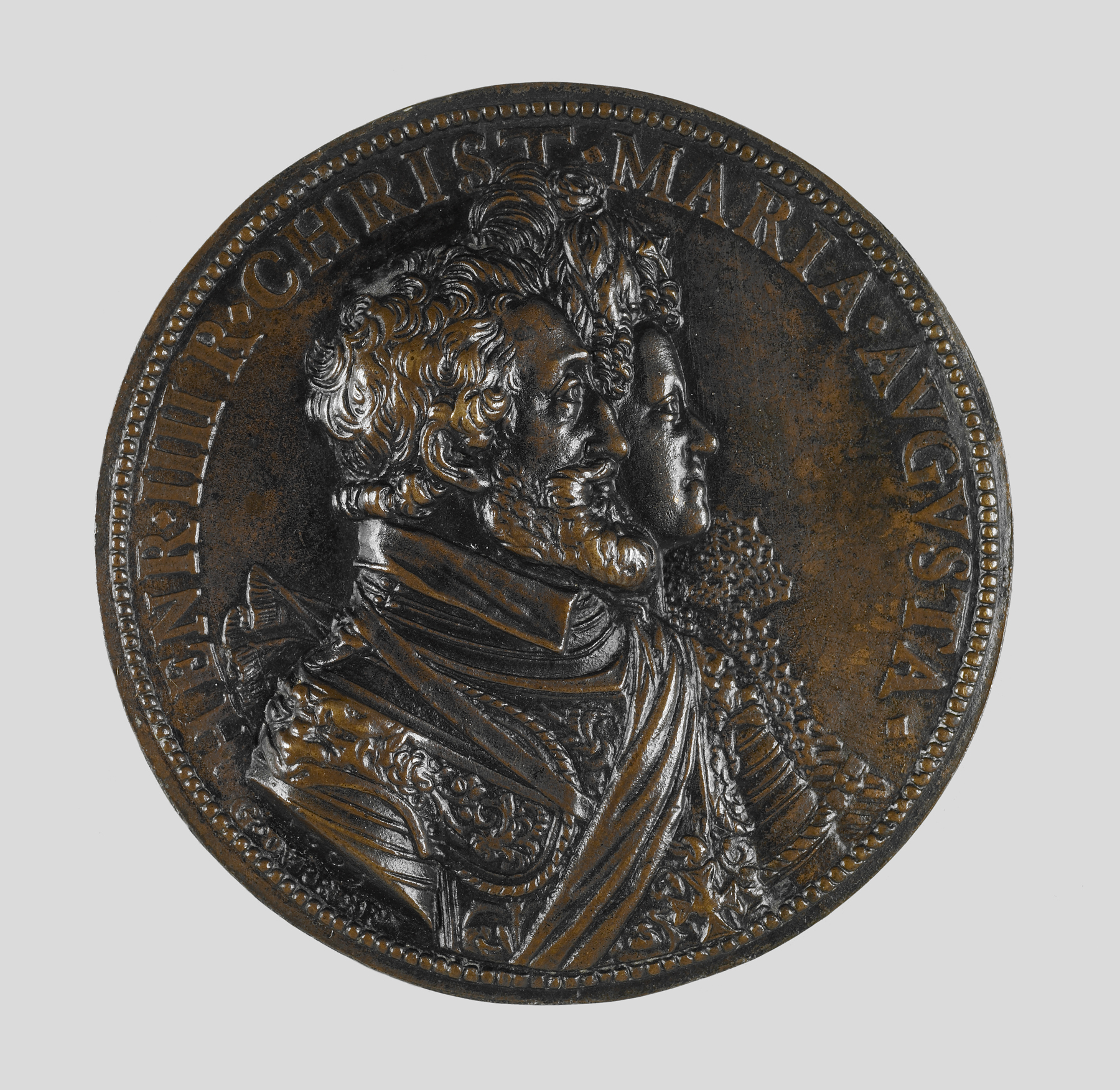 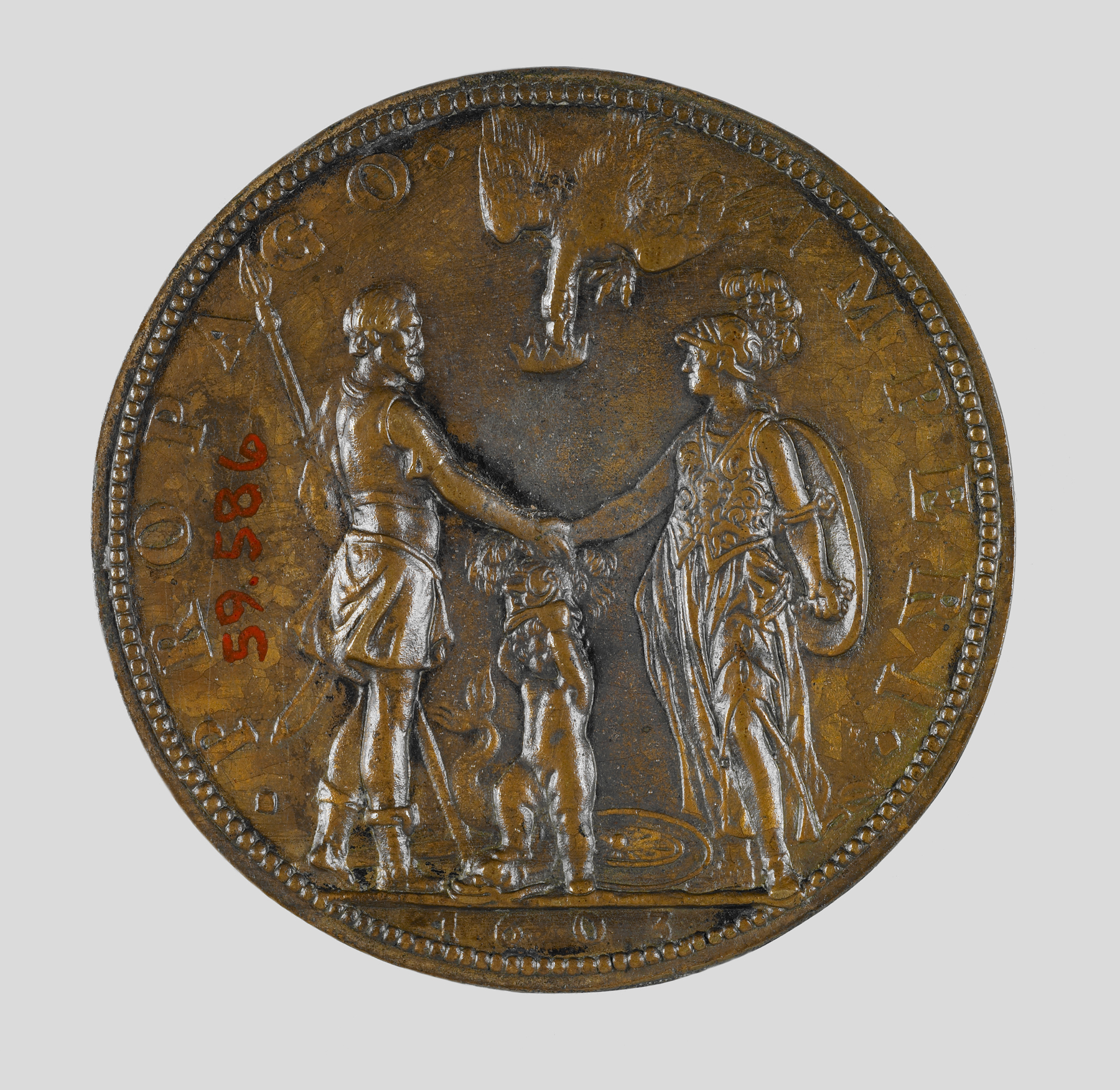 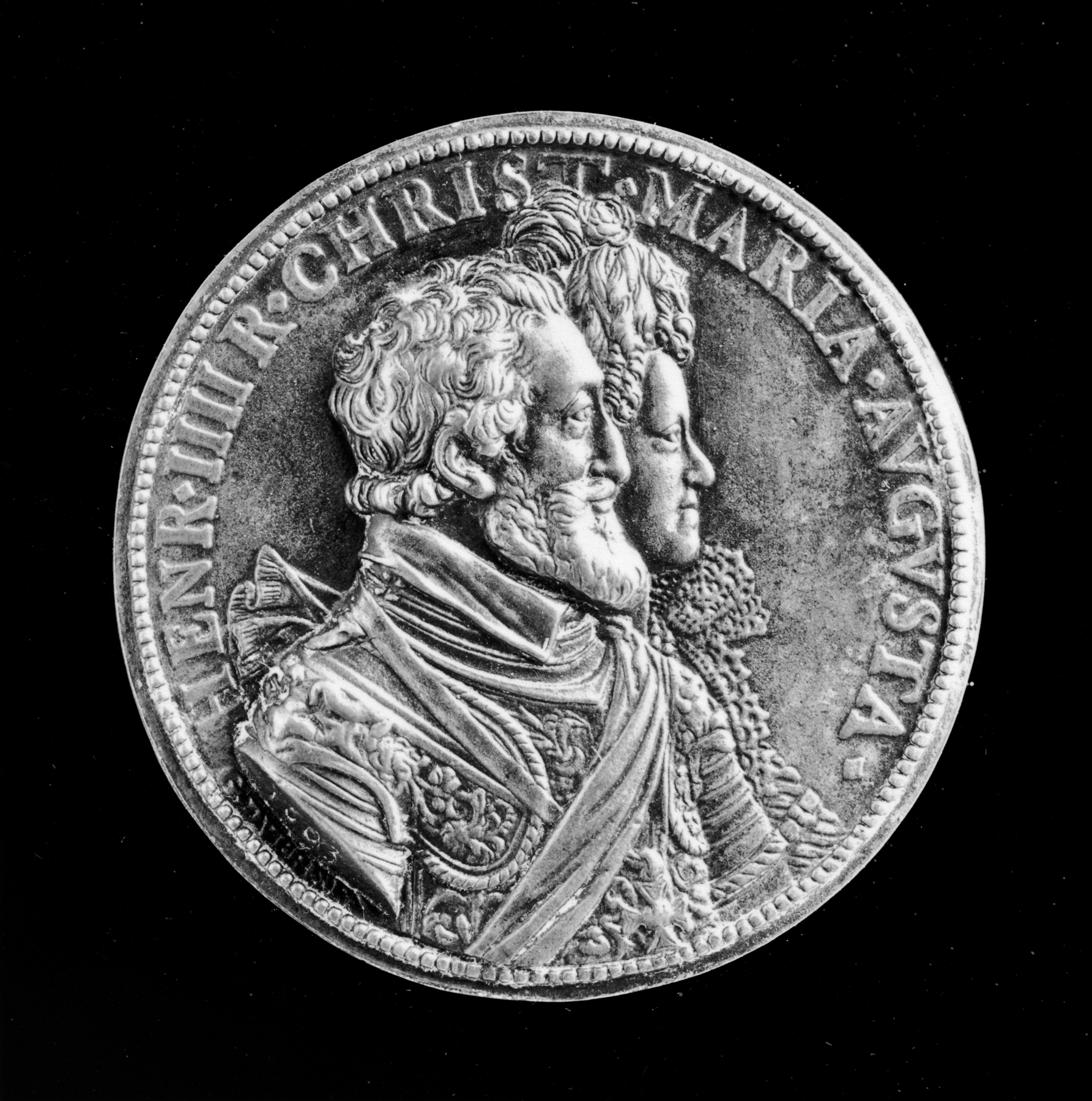 King Henry IV of France (1553-1609) and his wife Marie de' Medici (1573-1642) are portrayed in profile on this medal, in imitation of ancient Roman coins, which featured the profile of the emperors. Depicting Henry in armor reminded the viewer of the military might of the throne. Including Henry's politically well-connected wife suggests the power of the family dynasty that they wished to found; on the reverse, the royal couple is represented with their son, the future King Louis XIII. Medallions like this were given as gifts to supporters, much as signed photographs are today.

Dupré was the greatest French medal portraitist. The modeling of the faces here is sensitive and reflects his work as a sculptor.