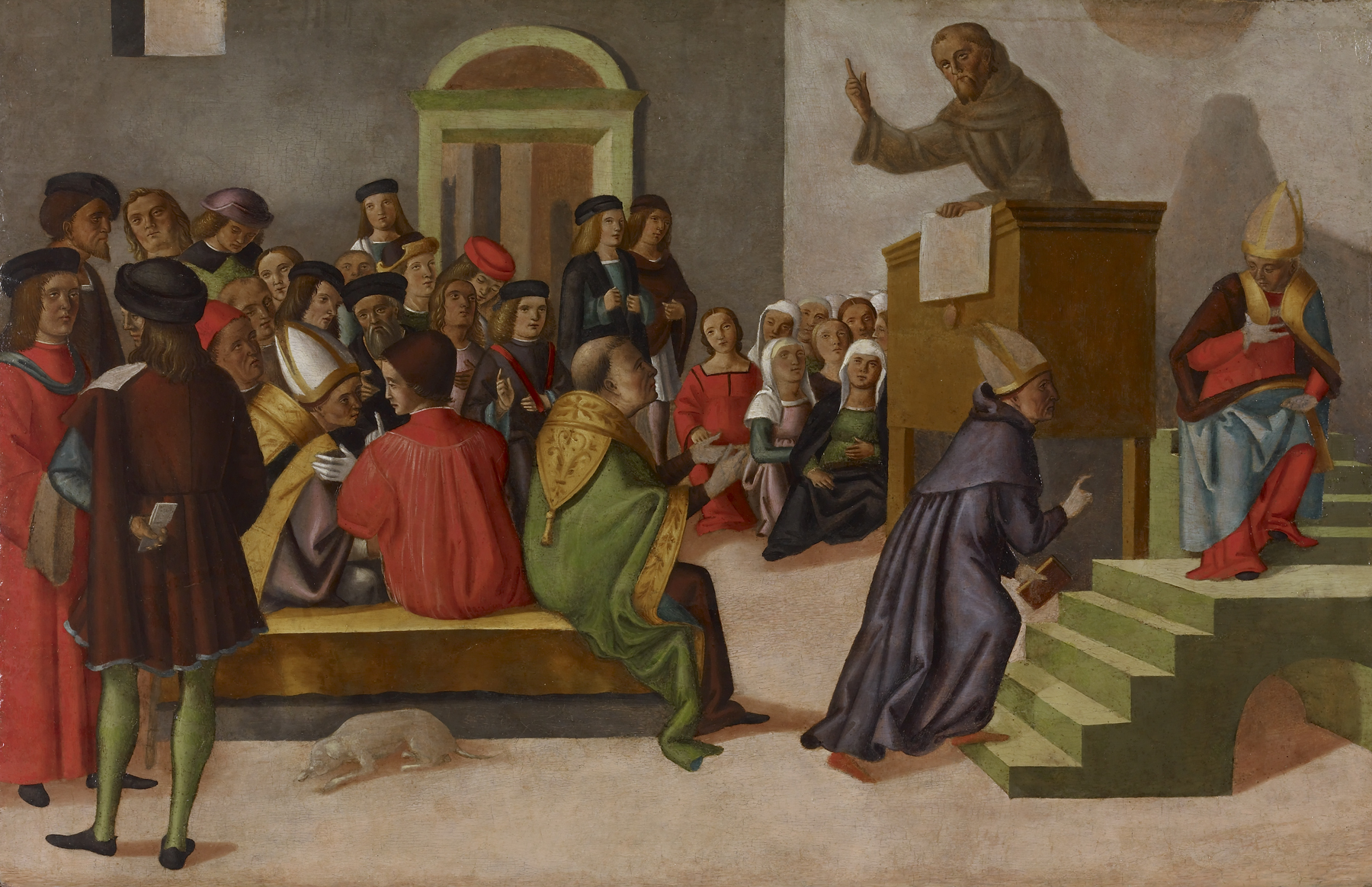 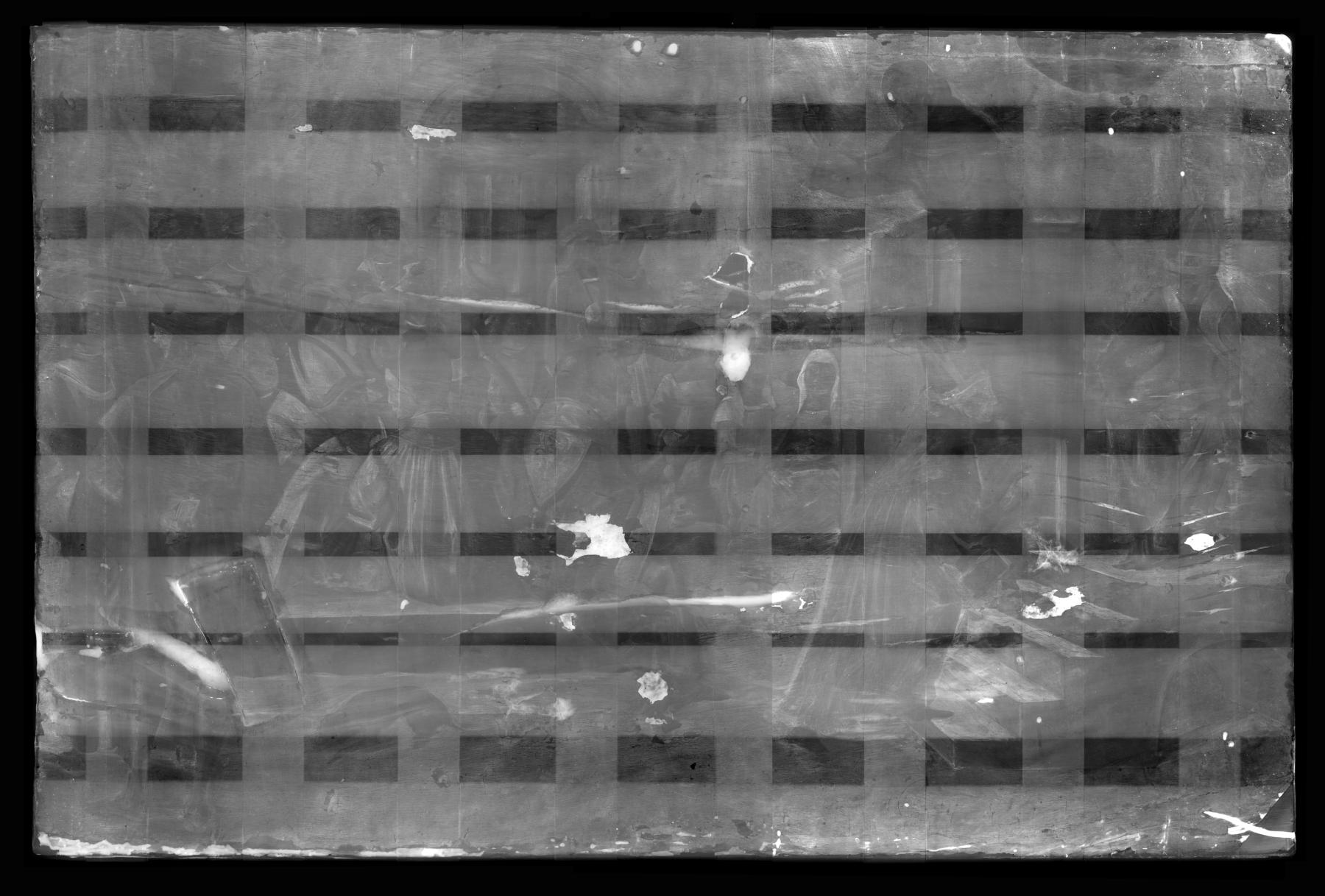 Within a spacious and unadorned hall, a Franciscan monk preaches to a group of ecclesiastics and laymen. In accordance with Renaissance social hierarchies, women are seated on the ground while men are seated on benches or standing. The monk looming over the crowd from a simple wooden pulpit gestures upward toward God, the source of his authority, and rests his other hand on a piece of paper marked with a red seal. The paper is likely a papal bull, or decree, investing the monk’s arguments with the authority of the church.

The monk’s attention seems to be directed specifically to the three clergymen (two bishops and a cardinal) seated on the bench in the foreground. The bishop in green is directly engaged with the monk and the two seem to be debating. Exactly what is being discussed is not clear, though it has been suggested that it is the institution of the Monte di Pietà, a charitable organization akin to a pawnshop that was founded by the Franciscans in the late 1400s. One prominent Franciscan, Bernardino da Feltre, is recorded as having preached in favor of the Monte’s foundation in 1491 in the town of Faenza. This painting, executed in or near Faenza around 1520, could depict this very debate. However, the monk’s features don’t resemble those of Bernardino’s as represented in the surviving portraits of him.

As indicated by its small size and horizontal orientation, the picture was originally part of a predella, the lowest register of an altarpiece. Predellas were often illustrated with scenes from the lives of the figures represented in the altarpiece’s central compartments. This painting, together with its companion panel depicting the “Saint Anthony of Padua Taking the Habit of the Franciscan Order” (Walters 37.547), must have come from a now-unidentified altarpiece in a Franciscan church. 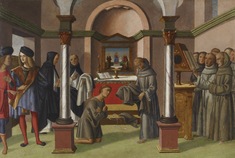 Saint Anthony of Padua Taking the Habit of the Franciscan Order