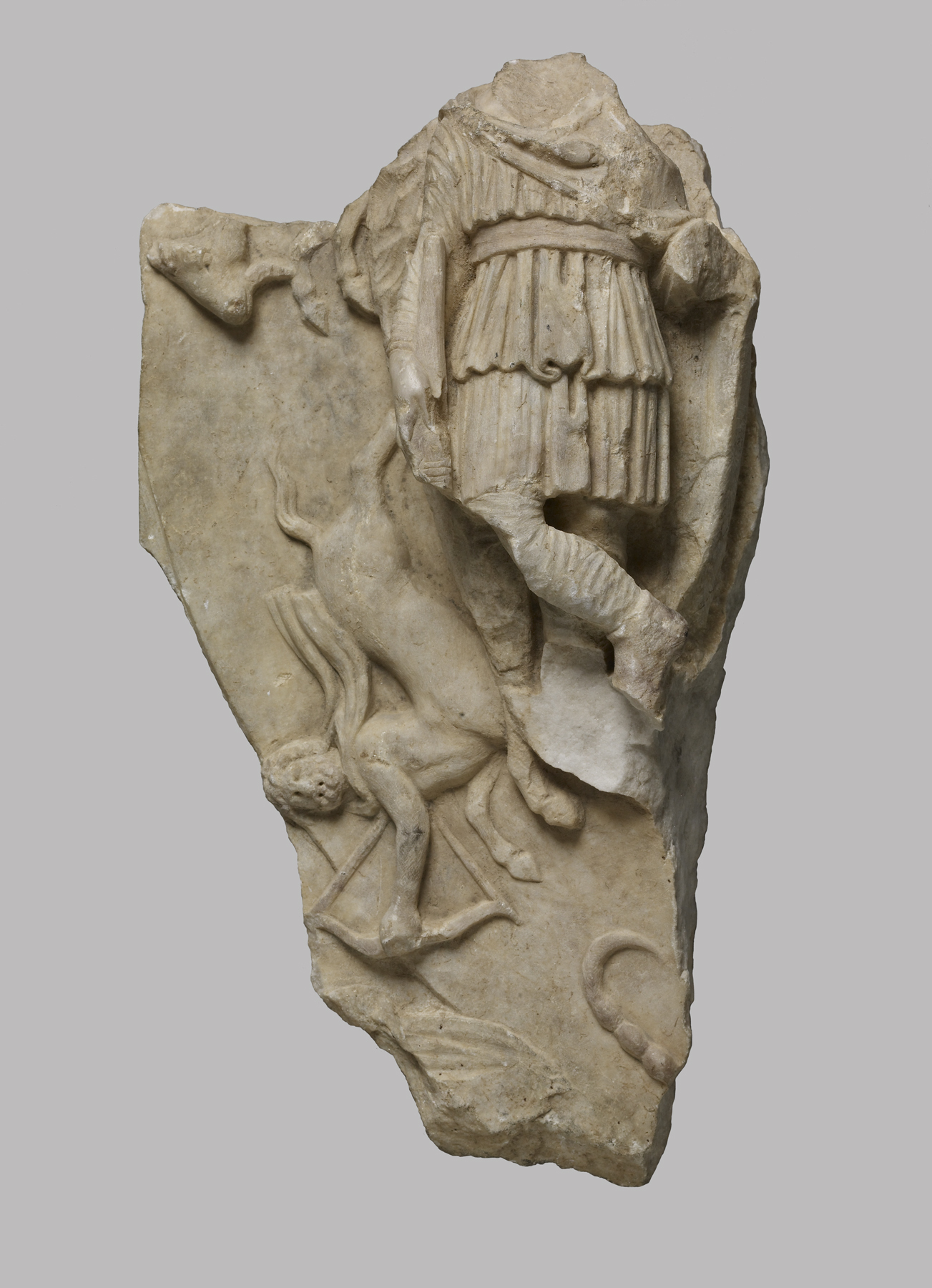 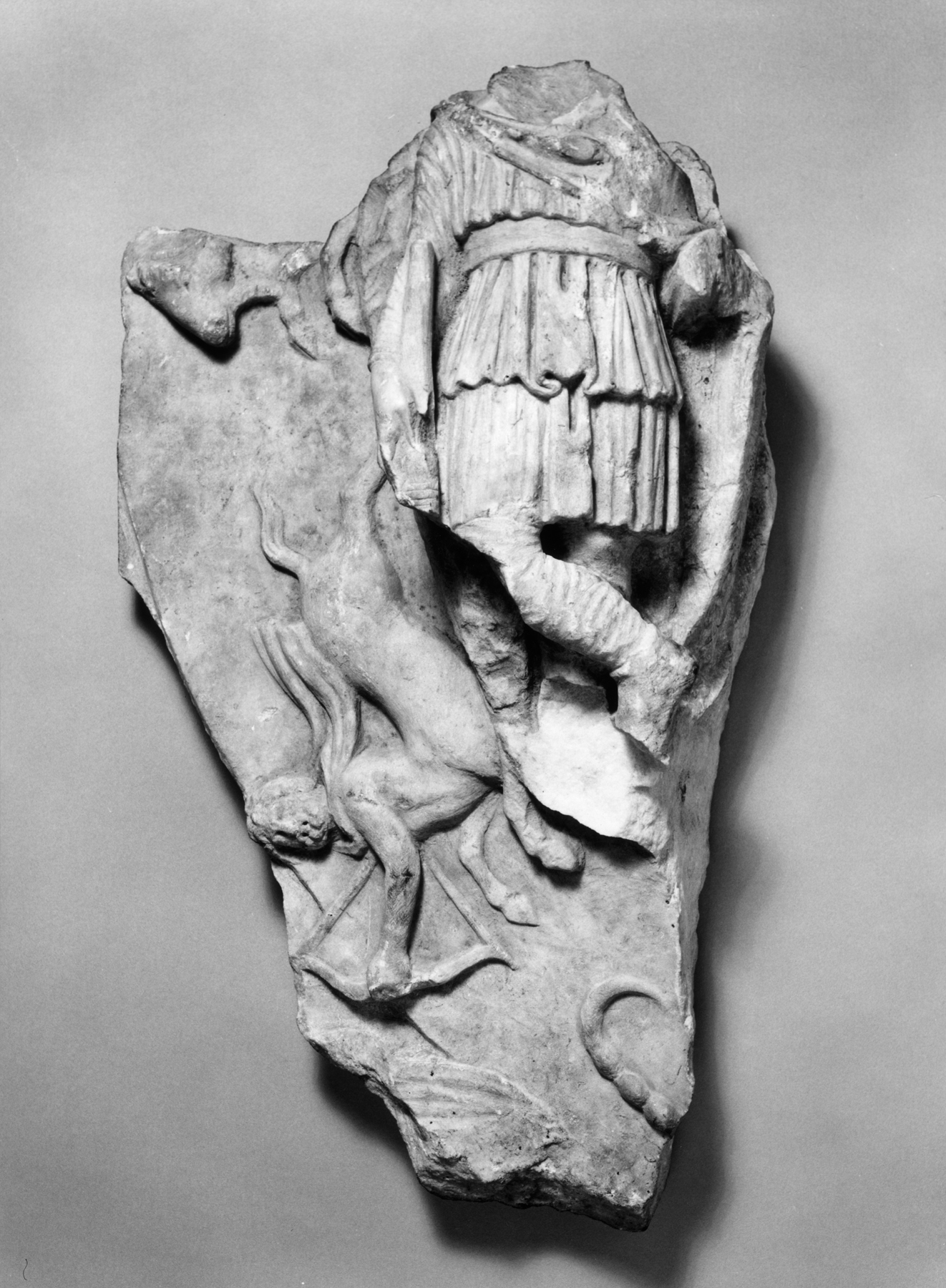 Cautopates with Signs of the Zodiac

This fragment is dominated by a standing figure carved in high relief who wears a belted tunic and leggings and holds an inverted torch in his right hand. His costume and attribute suggest that the figure is Cautopates, an attendant of the god Mithras, who was a Persian creation deity as well as the god of light. The mystery religion named for him, Mithraism, spread throughout the Roman Empire and was especially popular with Roman soldiers during the 2nd-3rd centuries CE. Cautopates was likely shown with Mithras’ other attendant, Cautes. As protectors of Mithras, Cautopates and Cautes often appeared on reliefs that flanked the entrances to Mithraea, the cave-like sacred spaces of Mithraism. Astrology was central to the Mithraic religion, and Cautopates is shown bordered by the fragmentary remains of three of the six zodiac signs he is associated with: the head and forelegs of the goat representing Capricorn, the centaur drawing a bow representing Sagittarius, and the tail of a scorpion representing Scorpio. These zodiac symbols were just one part of band that likely included all twelve signs shown in order counter clockwise around Cautopates and Cautes.