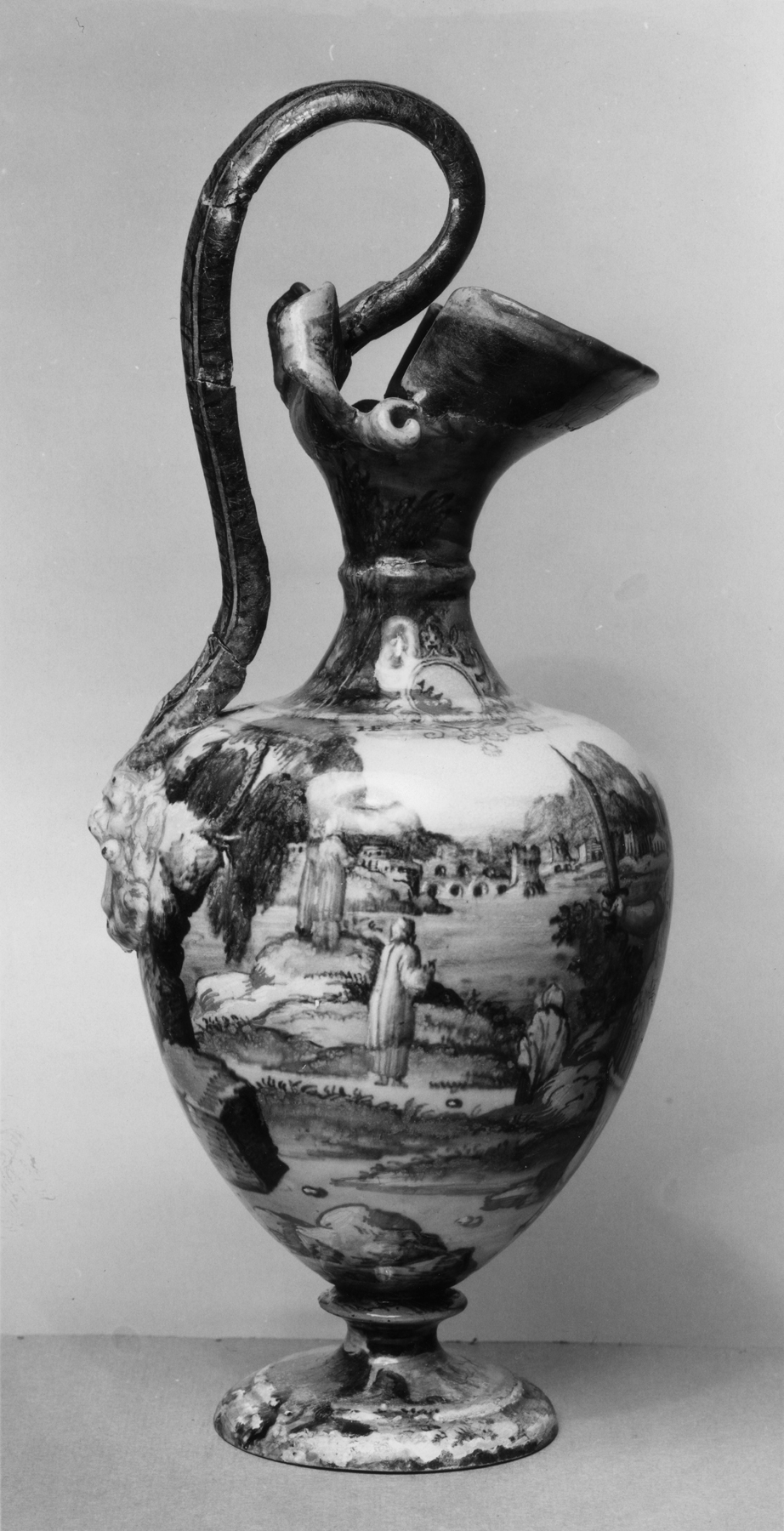 Ewer with Perseus Holding the Head of Medusa

On one side of this ewer, the Greek hero Perseus stands before a serene landscape, holding the severed head of the feared Gorgon, Medusa, a female monster with snakes for hair. Perseus accepted the challenge of slaying Medusa in order to save his mother, Danae, from a forced marriage. Perseus’ horse, Pegasus is shown to the right, and spectators are positioned on the left. Above, a shield of arms is flanked by the letters “HE” and “B,” likely referencing the name of the patron, who has not been identified. The ewer’s exterior composition is an example of “istoriato” (tells a story) imagery, and is painted in blue, copper-green, yellow, ochre, manganese, grey, black and opaque white.

During the Renaissance, ewers were used for hand rinsing, for example in between banquet courses. This ewer would have been paired with a matching basin, and was made by the workshop of Guido Durantino, one of the most established maiolica workshops in Urbino. For more pieces by Guido Durantino’s workshop, click on his name in the creator field; for additional information on the “istoriato” style, see 48.1487; for more on “maiolica” see 48.1336.

[Transcription] A ribboned shield of arms flanked by the letters: HE / B