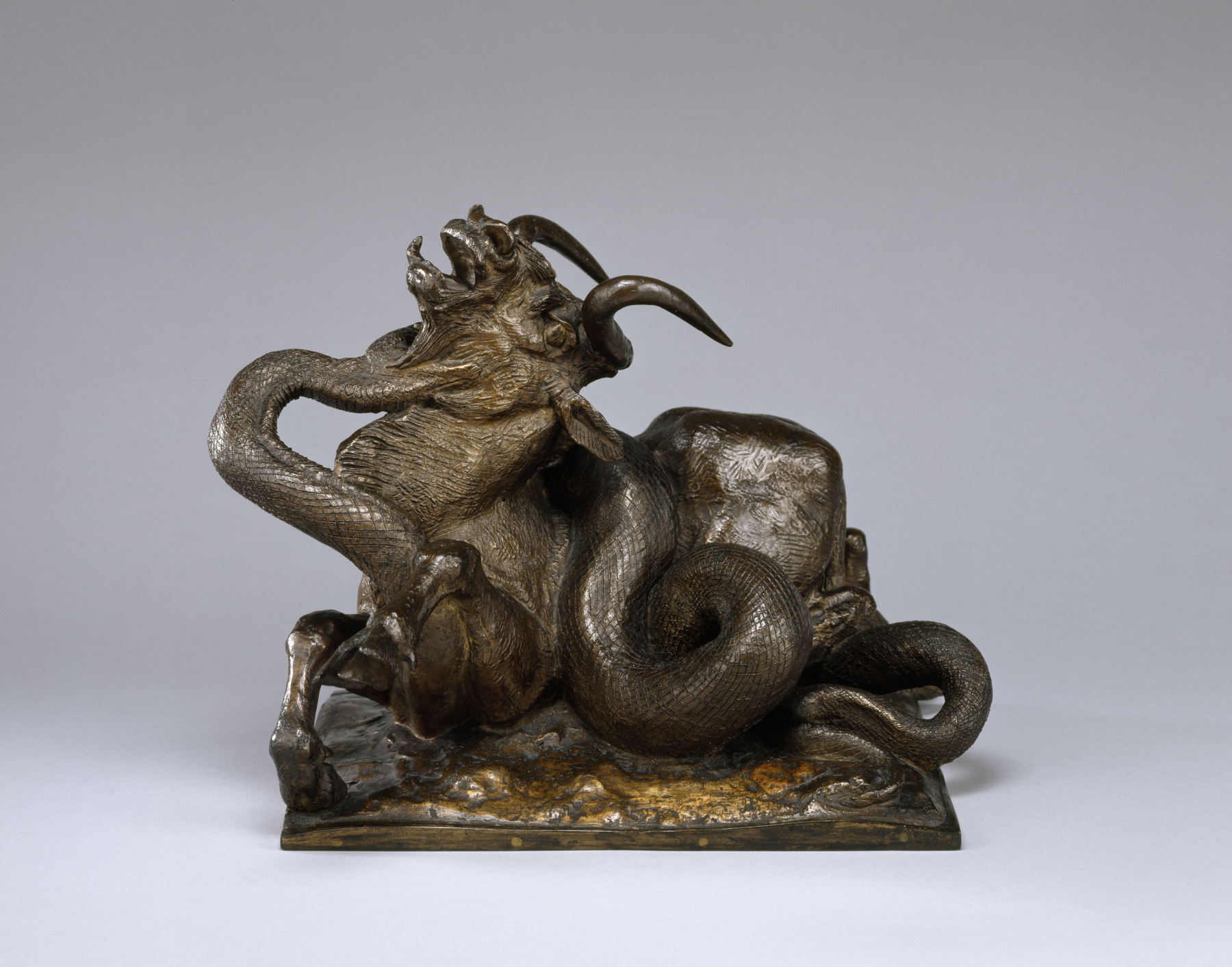 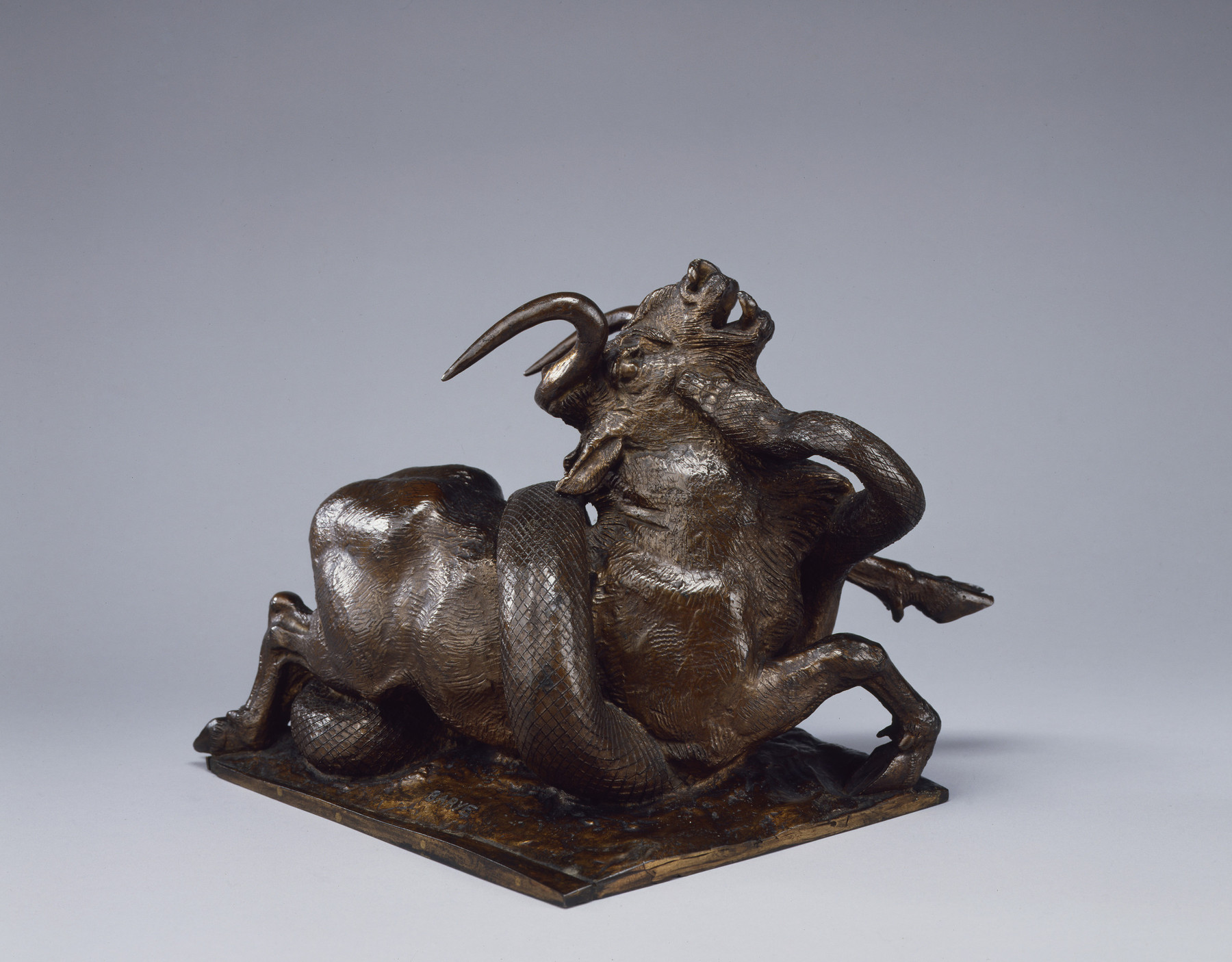 Barye was fascinated by large snakes and portrayed them in sculptures and paintings. Two Javanese pythons were sent to the Jardin des Plantes in 1838. In this sculpture, a python has entwined itself around the body of a gnu, an African antelope also known as a wildebeest. This sculpture is one of four animal combats that originally stood at the base of the triumphal arch supporting the "Tiger Hunt." Two of the other combats, "Eagle Attacking a Wounded Ibex" and "Lion Attacking a Boar," are now in the Louvre Museum; the fourth, "Tiger Devouring a Large Antelope," belongs to the Detroit Institute of Arts.

[Signature] Cast through from model: BARYE. 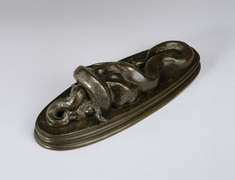