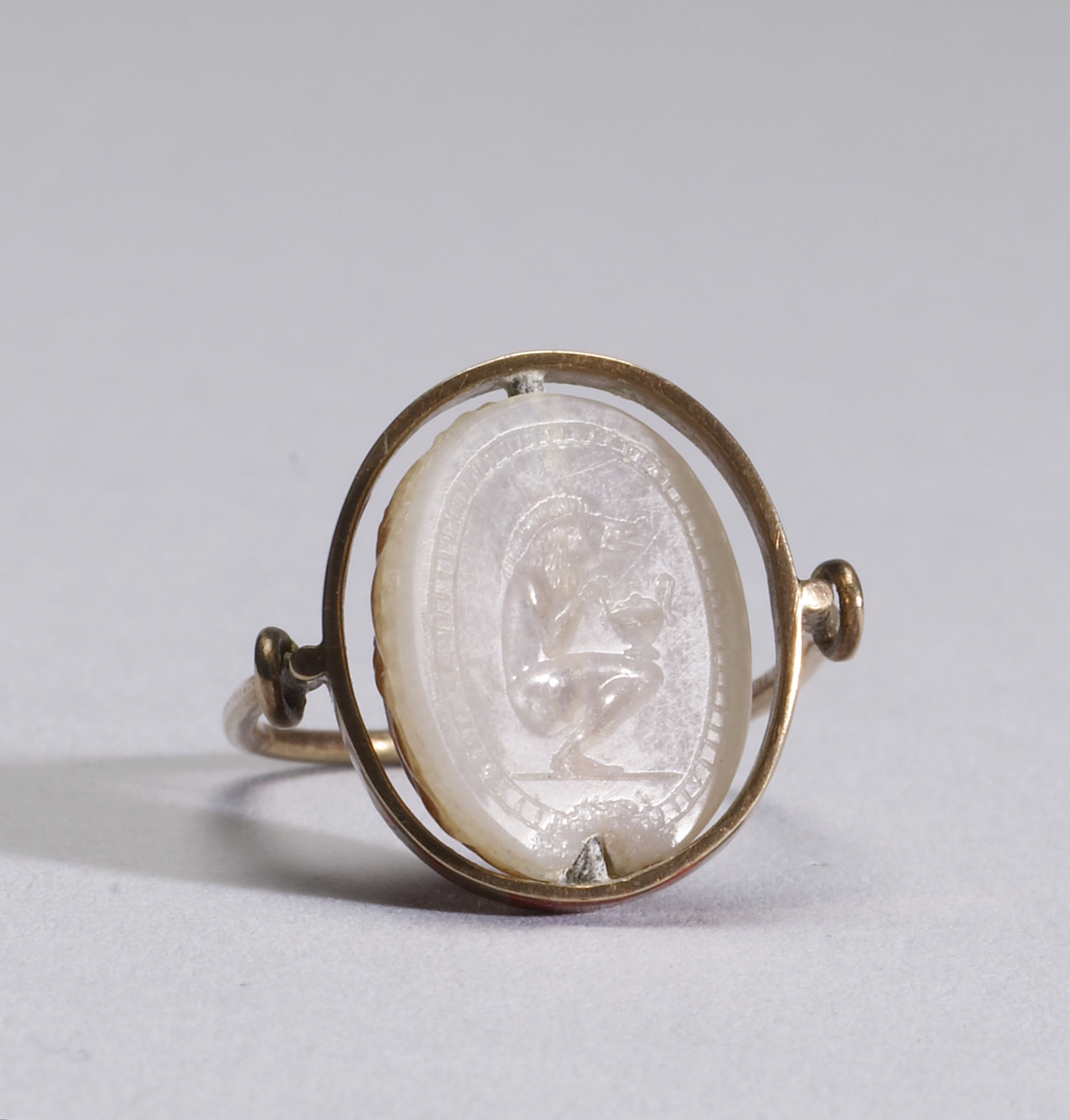 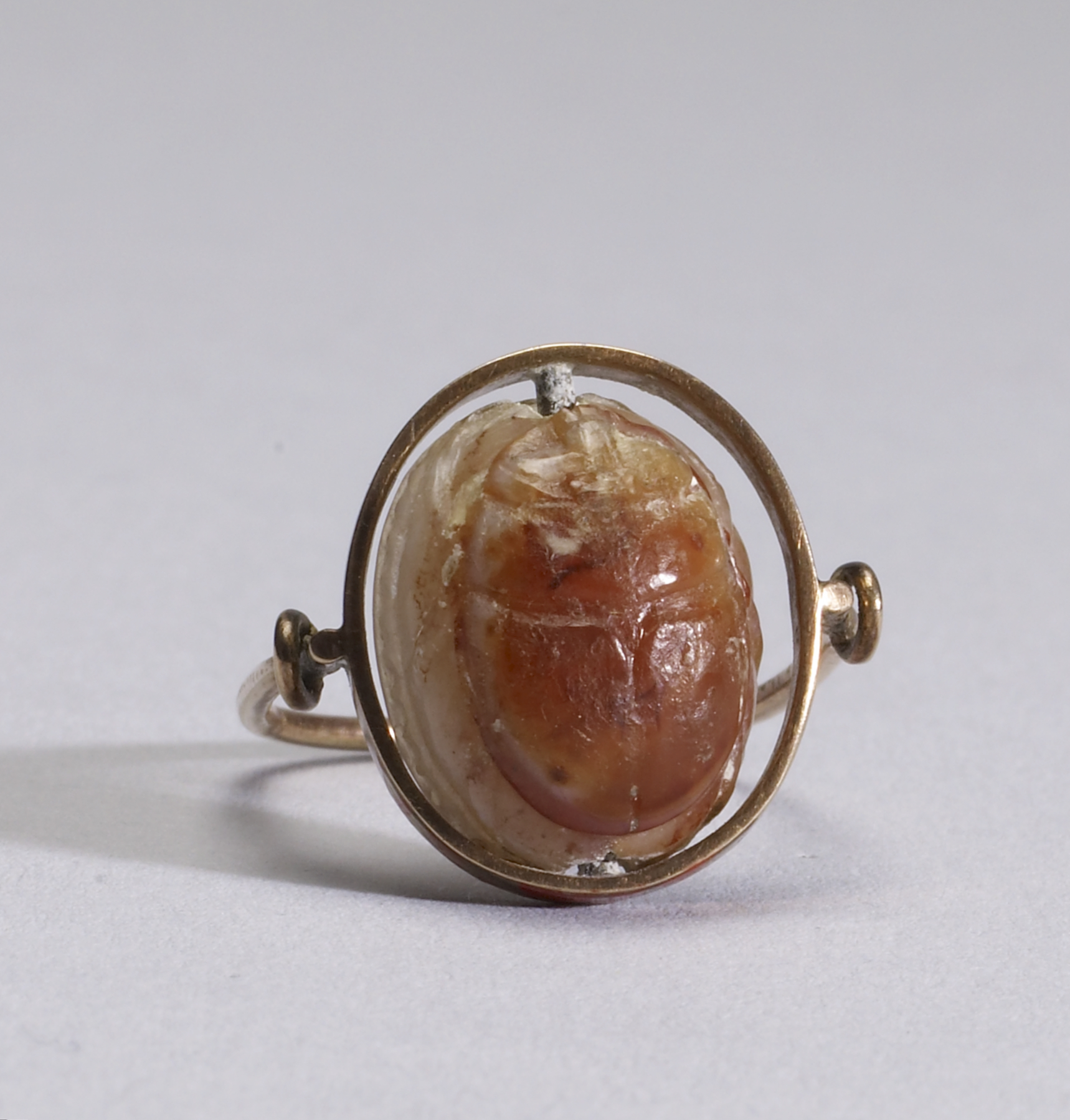 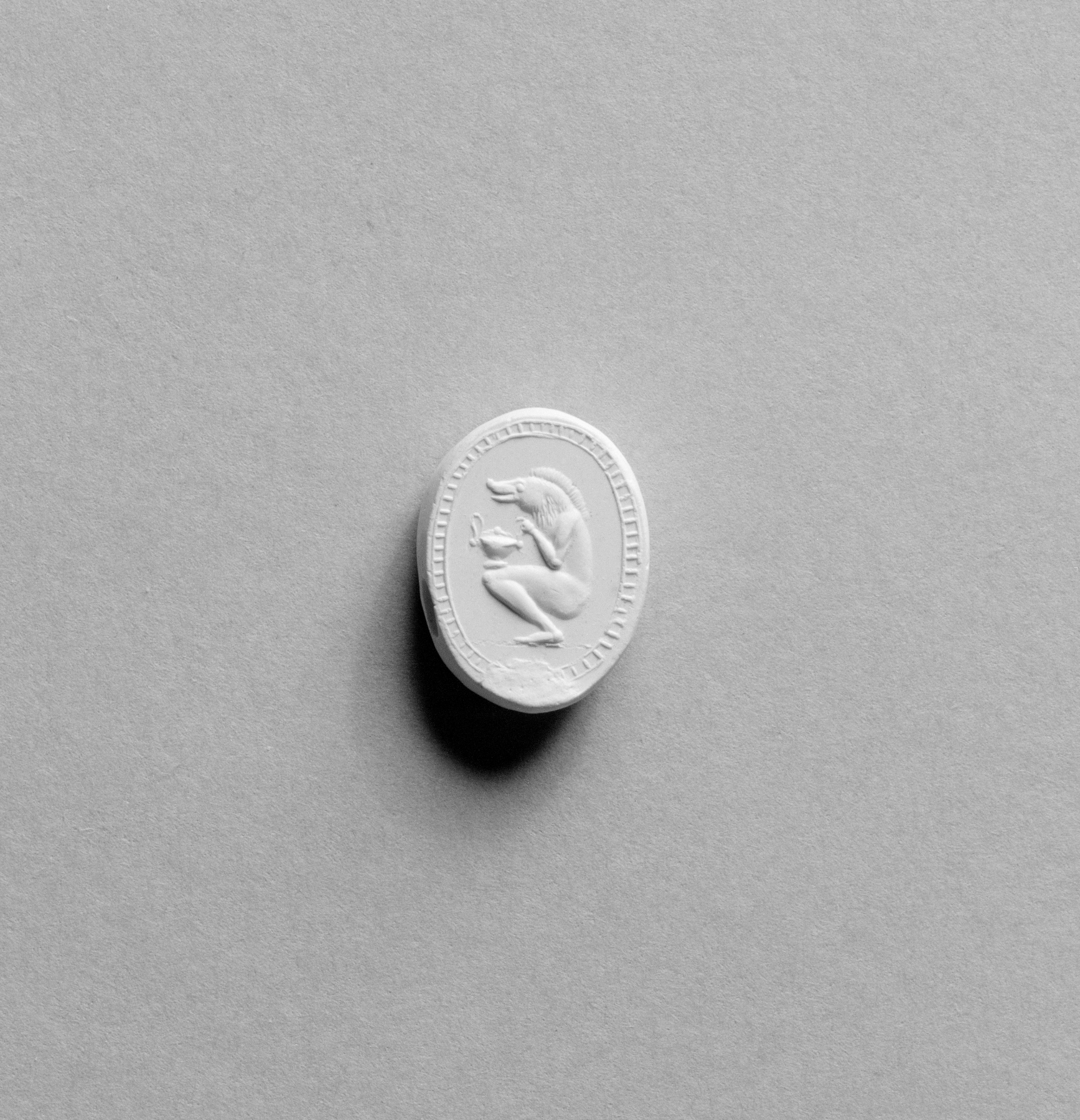 Scarab Carved in Intaglio with a Pig-Man

The figure of a pig-headed man derives from the epic story "The Odyssey," which tells of Odysseus' visit to the island home of Circe, a sorceress who turned Odysseus' companions into swine. The stooping pose and hatched border of this carved intaglio scarab are typical Etruscan stylistic motifs. The kantharos balancing on the figure's knees likely contains the potion responsible for his transformation.