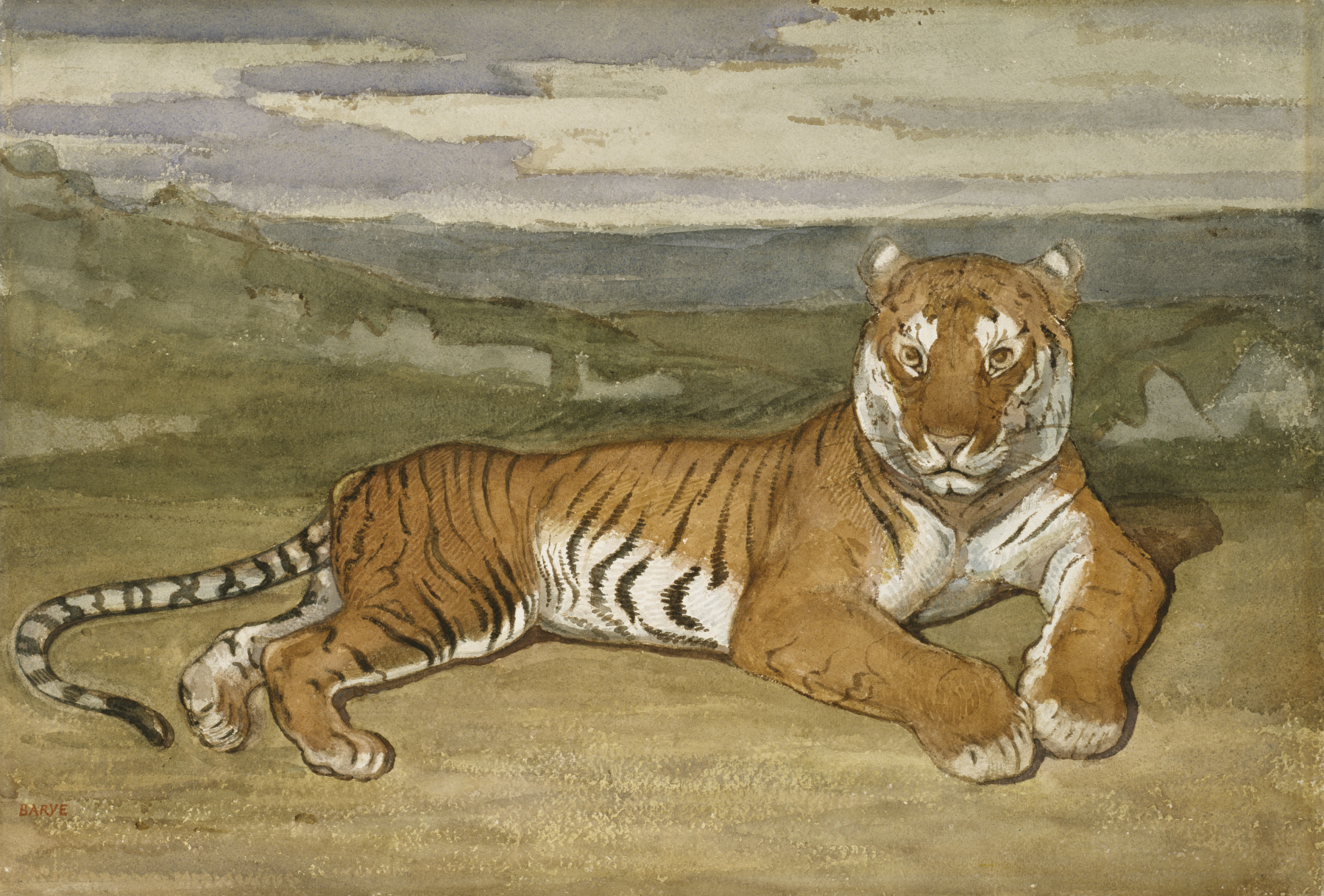 A Bengal tiger gazes directly at the viewer. Working in a technique popularized by British watercolorists in the early 19th century, Barye used thin washes of color to capture the atmospheric effects in the cloudy sky and to suggest the indistinct forms in the landscape.