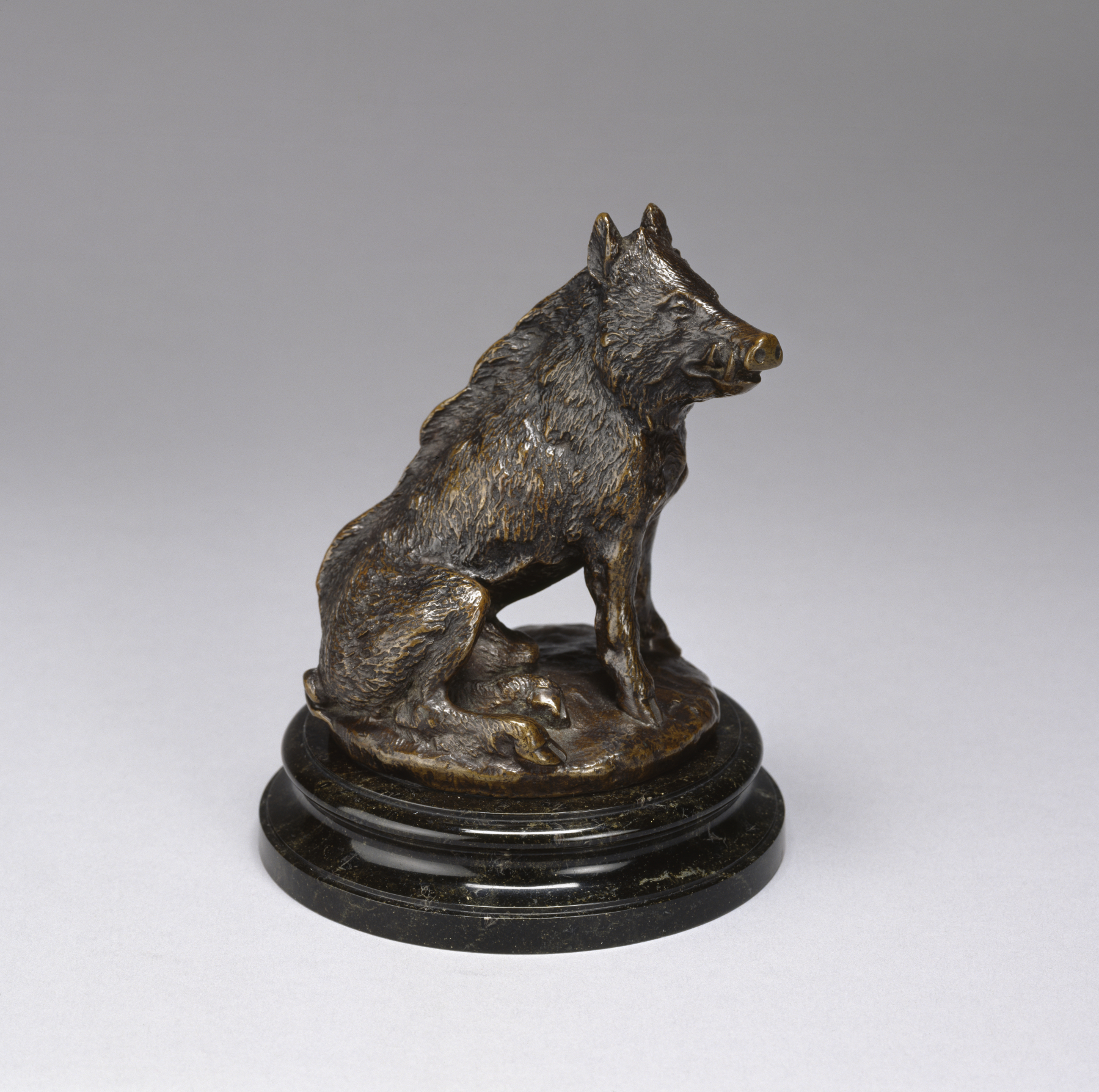 This boar may have been inspired by a Hellenistic marble of the same subject in the Uffizi Museum, Florence. A well-known copy of the marble was made by Pietro Tacca (1577-1640) for the fountain of the Mercato Nuovo, Florence. Although Barye usually had his sculptures edited, or cast, in multiples, this statuette appears to be unique. It has been treated as a pair and mounted on a similar, marble base with Walters 27.33.

[Transcription] Cold stamped in individual block letters on edge of base near left foreleg: BARYE. 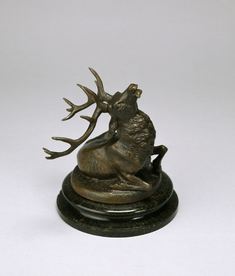