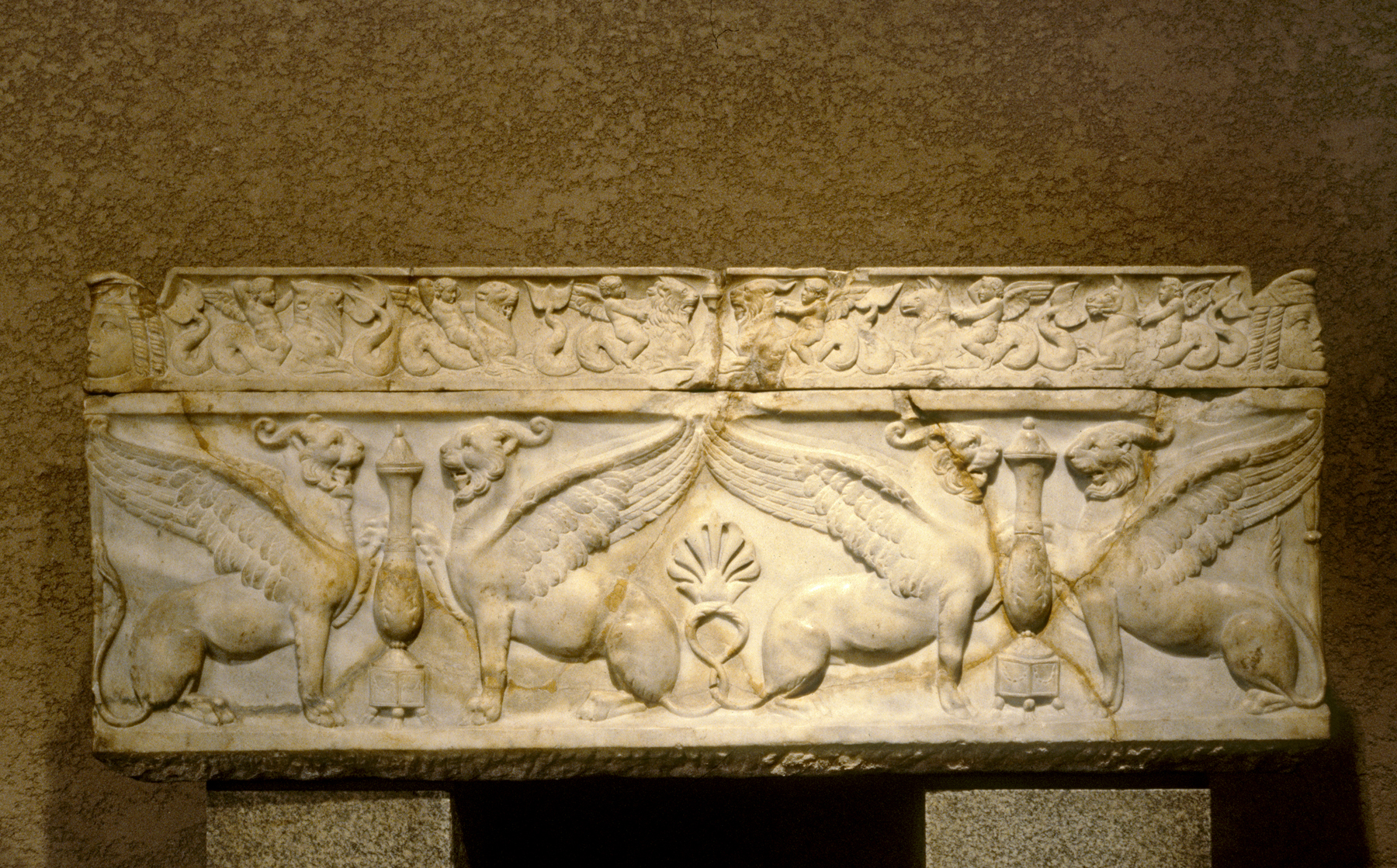 Carved in relief on this sarcophagus, panther-griffins face one another, each raising a paw towards a central vase-like object used in the cult of Dionysus Sabazius. The motif is well known from imperial temples, where it appears as a symbol of deification and ascension to heaven. This imperial allusion reflects the high aspirations of the family to whom the tomb belongs. Along the lid, Eros figures ride fantastical sea-creatures.