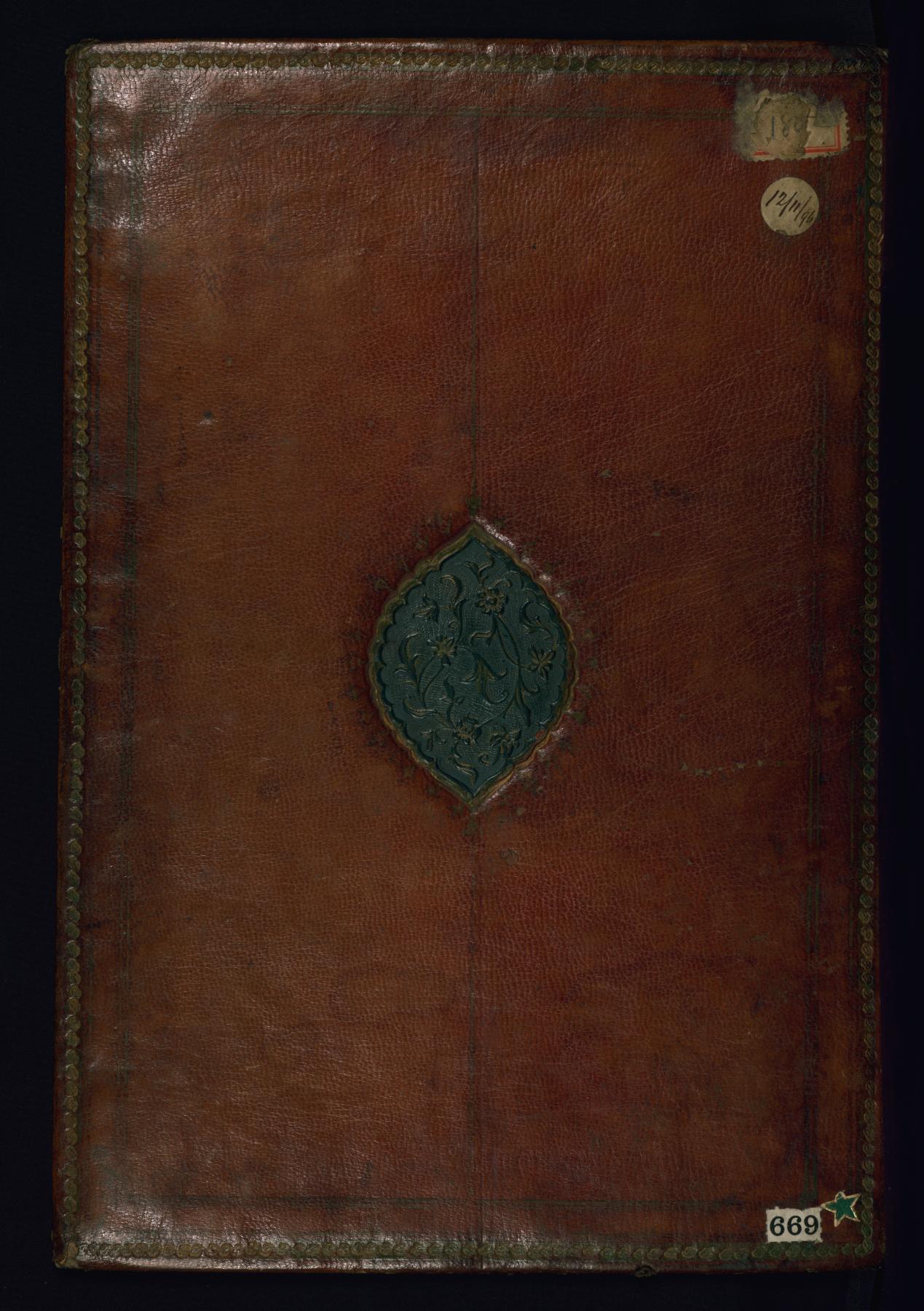 Walters manuscript W.669 is an album (muraqqa') compiled in the late 13th century AH/AD 19th, or possibly later. It contains 19 Deccani paintings and 4 pages of hikastah calligraphy (fols. 3b, 7b, 8a, and 9b), one of which is dated 1211 AH/AD 1796 (fol. 3b). The paintings, which date to the late 12th century AH/AD 18th or 13th century AH/AD 19th, come from a ragmala series attributable to the Deccan. A ragmala is a visualization of a musical mode or melody. This album contains a mix of visualizations of ragas (male musical modes) and raginis (female musical modes considered to be the wives of the male musical modes). The codex was formerly in an accordion format, and the multicolor flexible cloth hinges on the leaves are still visible. It was later rebound in a brown goatskin binding with a central lobed oval.