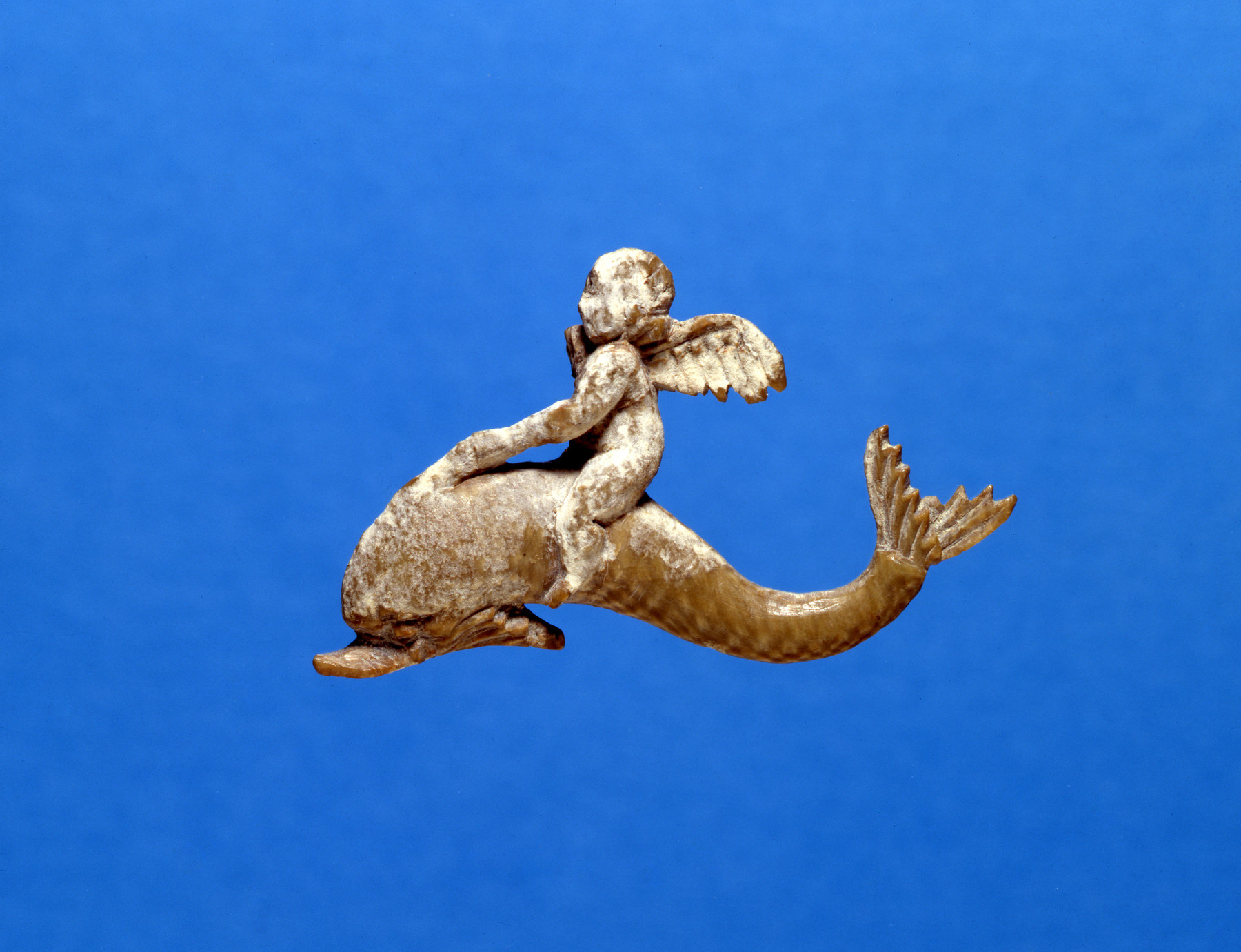 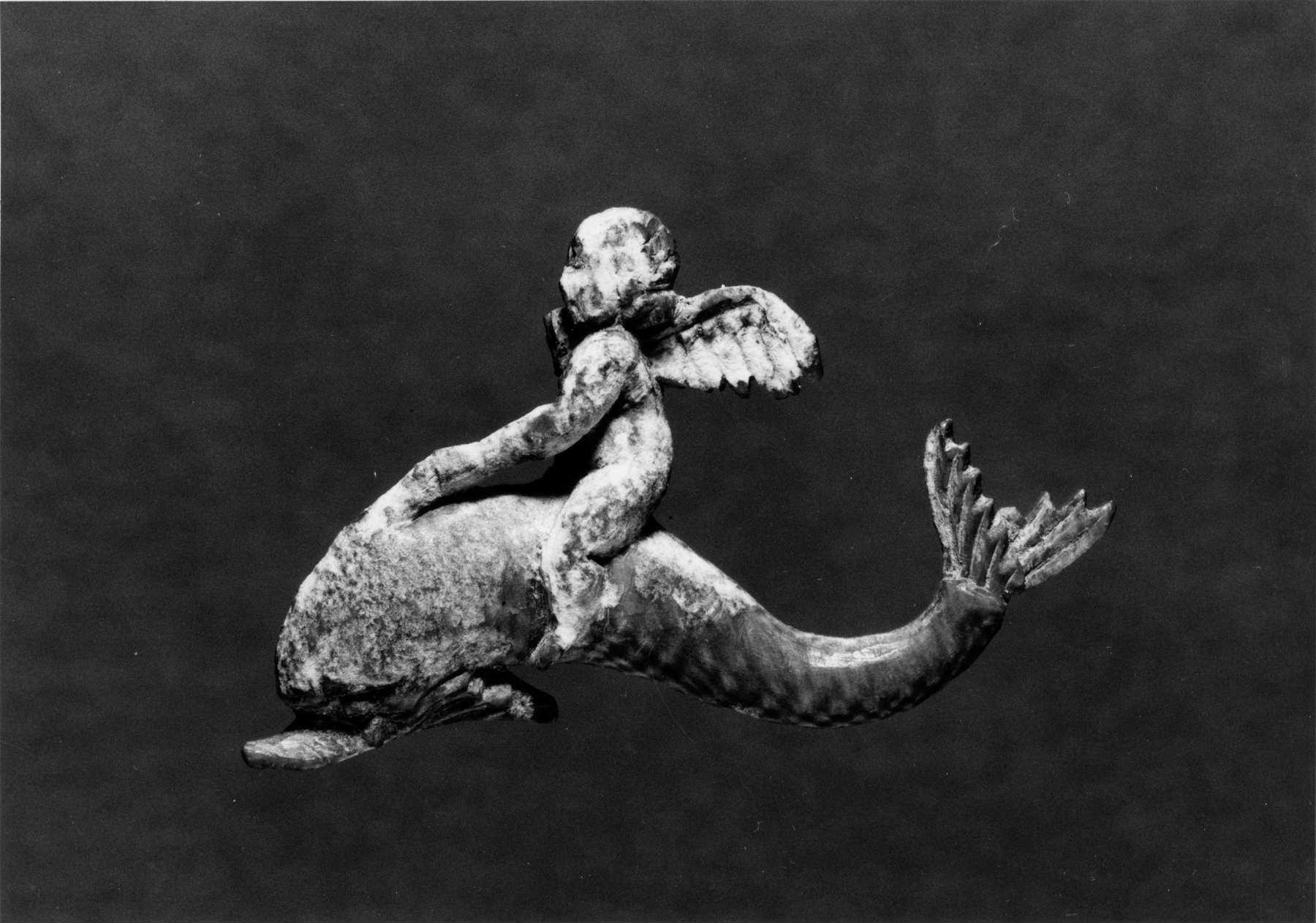 Eros on a Dolphin

The representation of Eros on a dolphin occurs as early as the 5th century BC, but retained its popularity throughout antiquity, appearing on gems, coins, and in other mediums. The motif sometimes occurs as an adjunct to images of Aphrodite, and would therefore be an appropriate embellishment of a woman's jewel box or cosmetic container.

One wing of Eros has broken off, otherwise the object is intact. A white incrustation adheres to the left part of the appliqué; the back is flat and lacks any indication of how it might have been attached to a larger object.

Its history suggests it was found in Egypt.