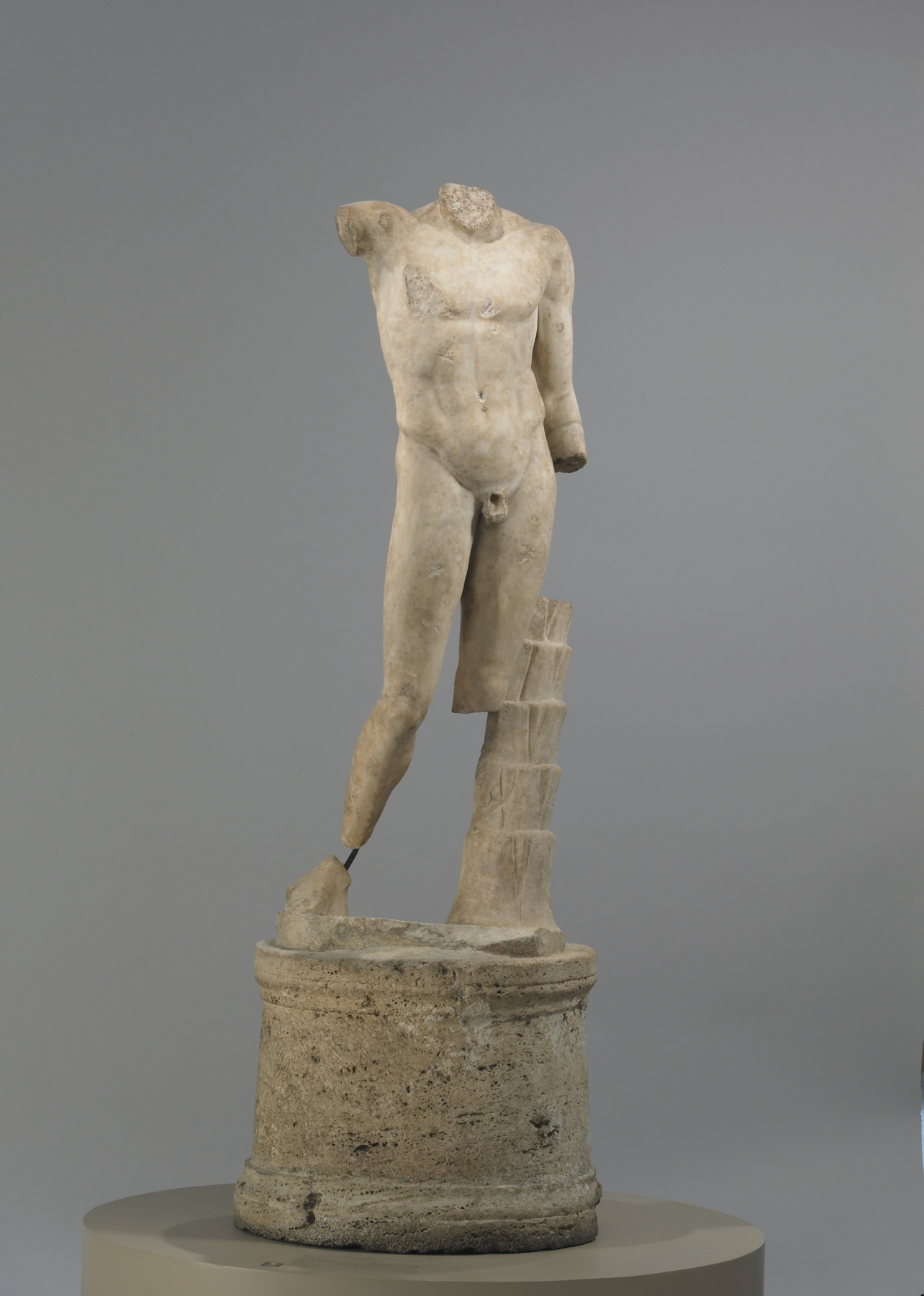 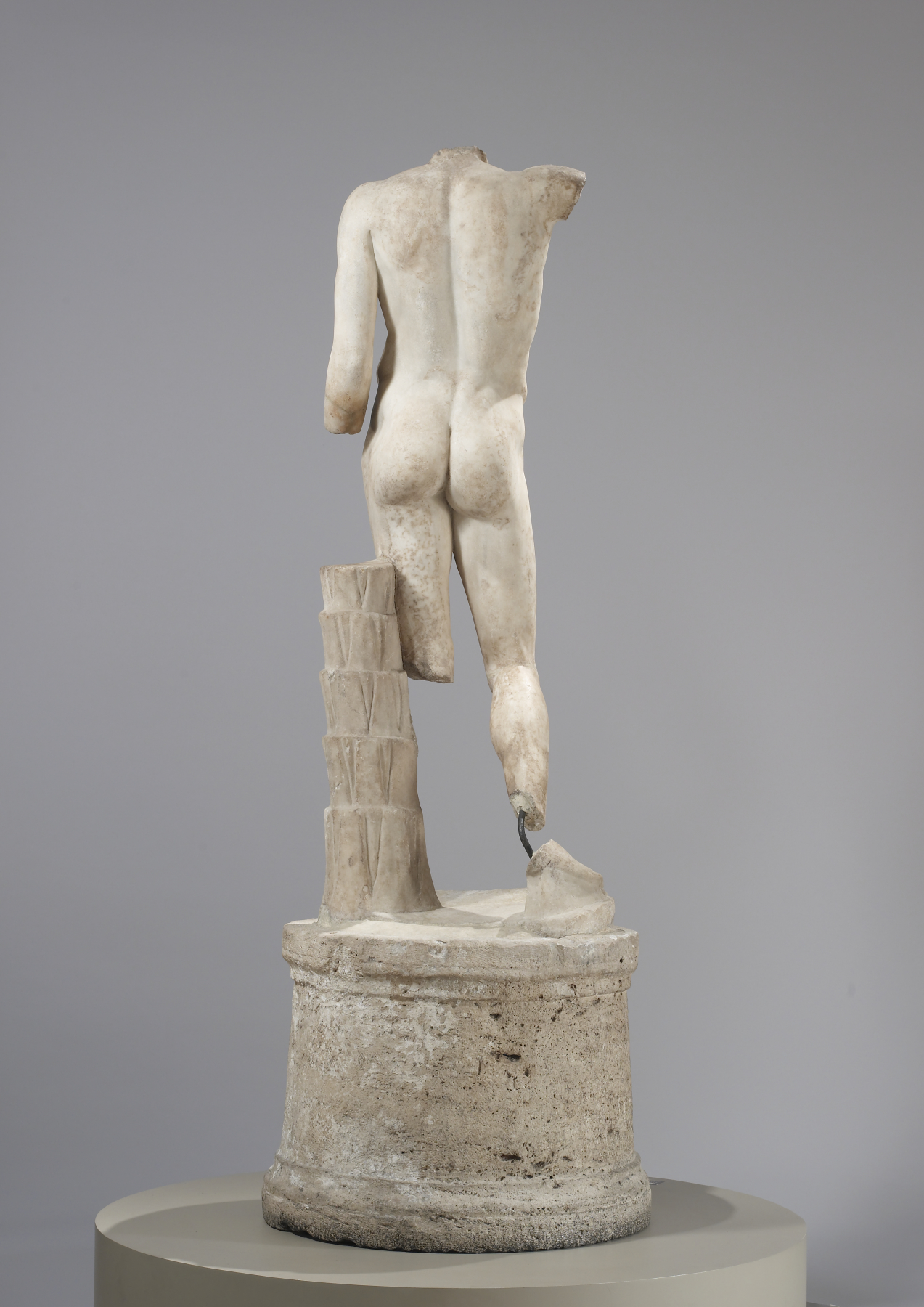 On better preserved copies of this figure, the athlete raises his right arm to place a wreath, perhaps a prize for an athletic victory, on his head. The statue may be based on the "Cyniscus" by Polyclitus, a work depicting an Olympic champion boxer of the mid 5th century. The famed master sculptor brings the human form to life, catching the figure as he begins to move. The base, right foot, and tree trunk are ancient, but were not originally part of this statue. A complete version of the statue, now in the British Museum, was named for its previous owner, the sculptor Sir Richard Westmacott.