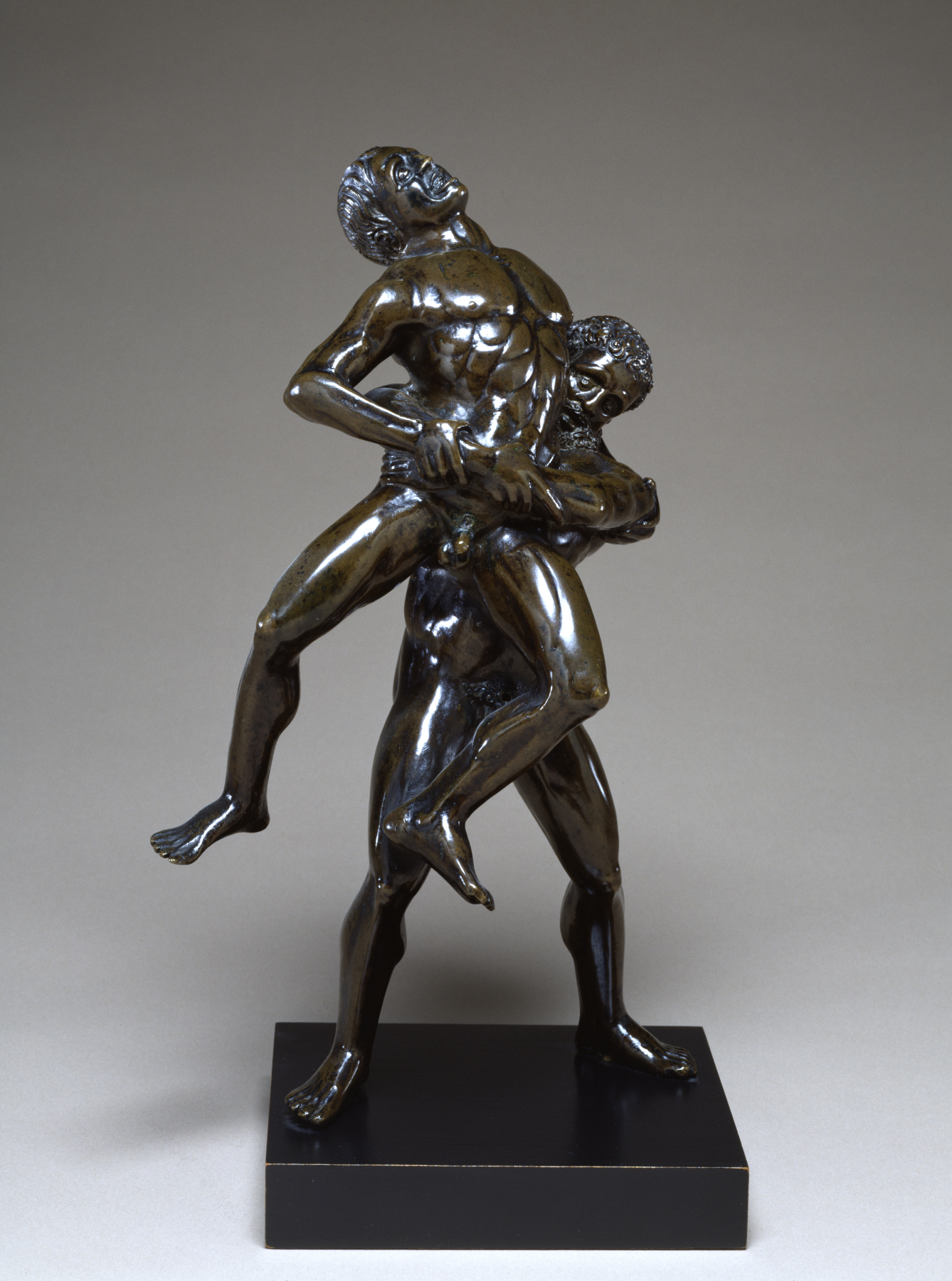 In Greco-Roman mythology, the hero Hercules was raised to the ranks of the gods because of his great deeds. His feats were depicted by artists who enjoyed displaying their mastery of the heroic male nude. One of Hercules's adventures took place in Libya: King Antaeus, a vicious giant and son of Mother Earth, forced travelers to wrestle with him. As long as he touched the earth (his mother), his energy was maintained, and he was able to kill his opponents. Hercules held Antaeus off the ground and crushed him. In the Renaissance, the subject was interpreted as the triumph of virtue.

A Roman marble copy (in the Pitti Palace, Florence) after a Greek bronze of the subject was known before 1500, but all that remained of Antaeus was his torso. This is one of many reconstructions imagined by sculptors. The modeling is austere, but the struggle is convincing. A more refined cast of this piece belonged to Archduke Ferdinand of Austria.