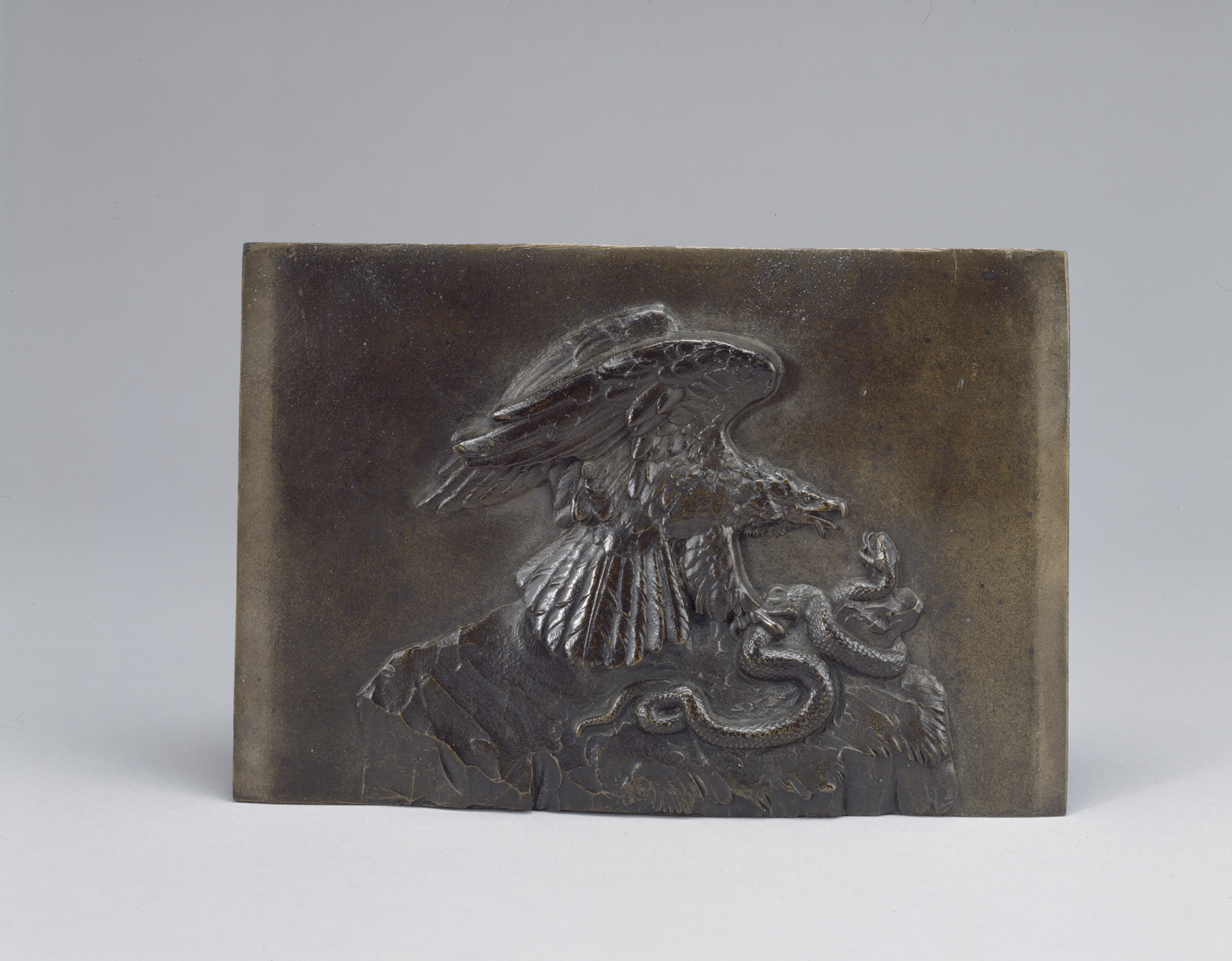 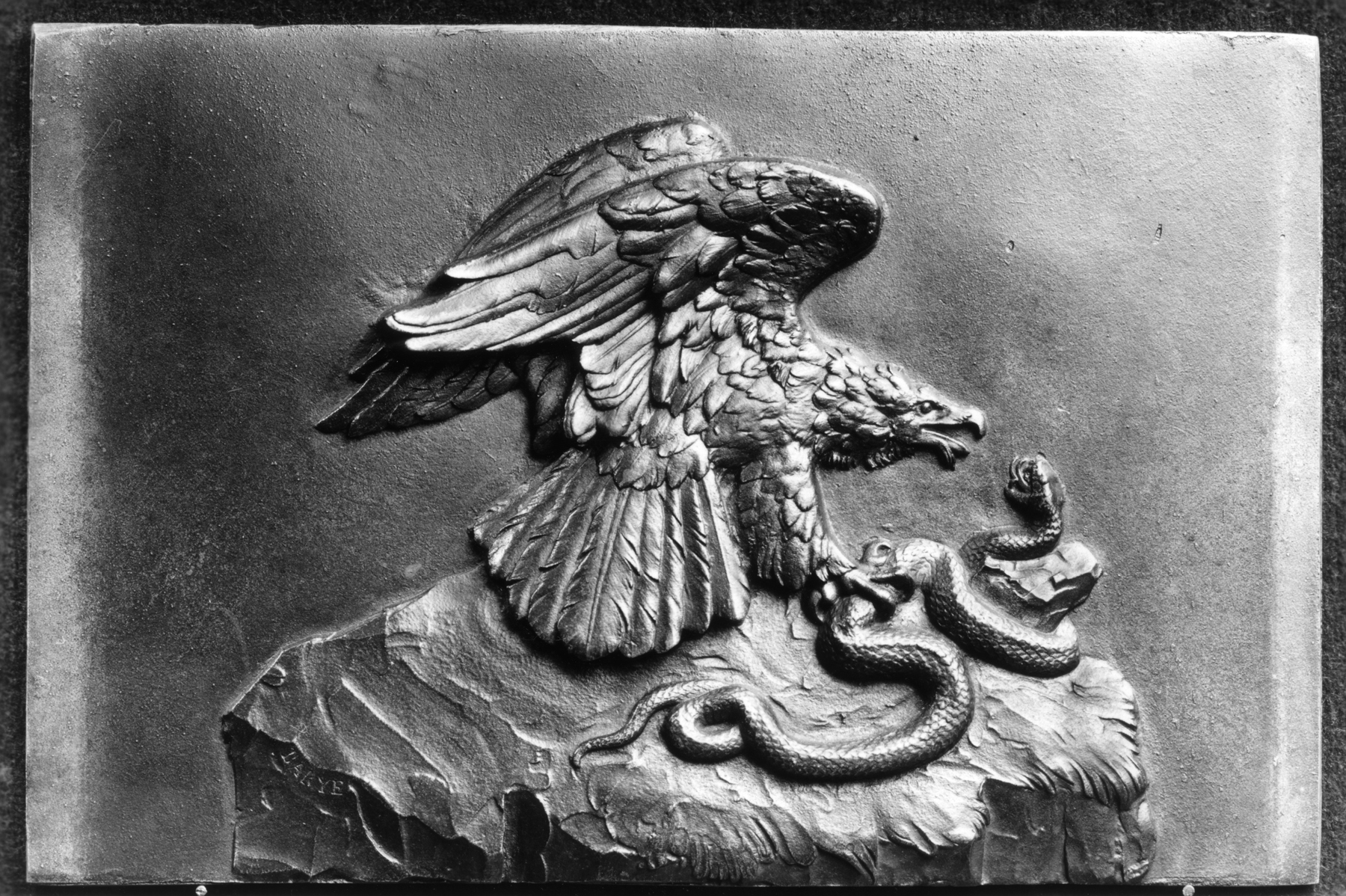 This plaque was intended to be mounted on a piece of furniture or set in the base of a clock. The reliefs of the ferocious eagles attacking their prey are, in their intense drama, closely associated with early 19th-century Romanticism. This particular example was cast by the foundry Eck et Durand for the firm of silversmiths Fannière Frères.

[Signature] Stamped before casting in the model beneath the rocks on left side: BARYE; [Mark] Incised: FF (for Fannière Frères).

William T. Walters, Baltimore, prior to November 1889 [He may have purchased this relief from Fannière Frères, who lent a cast of this subject, no. 387, to the Paris "Exposition Barye"]; Henry Walters, Baltimore, 1894, by inheritance; Walters Art Museum, 1931, by bequest.