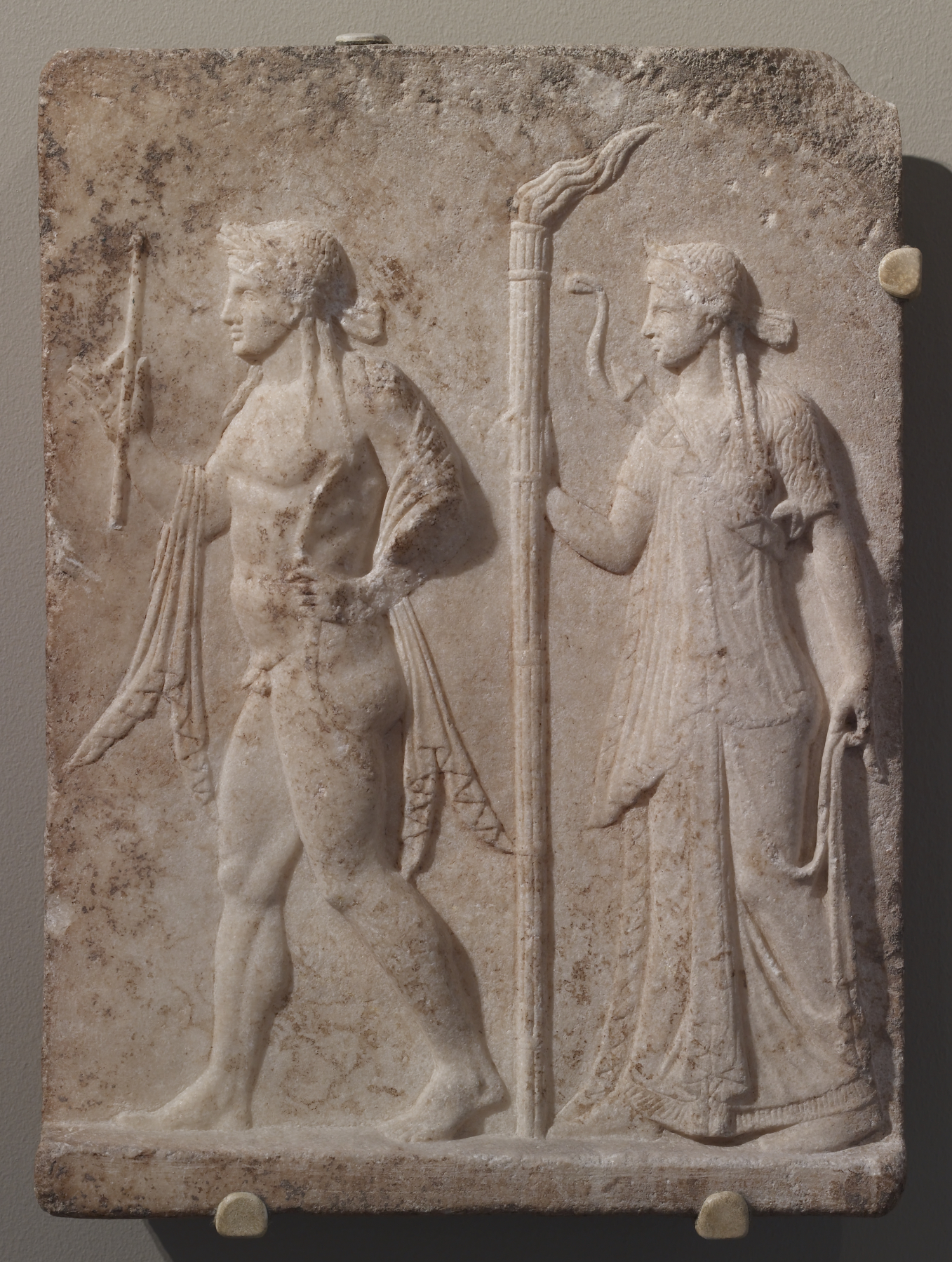 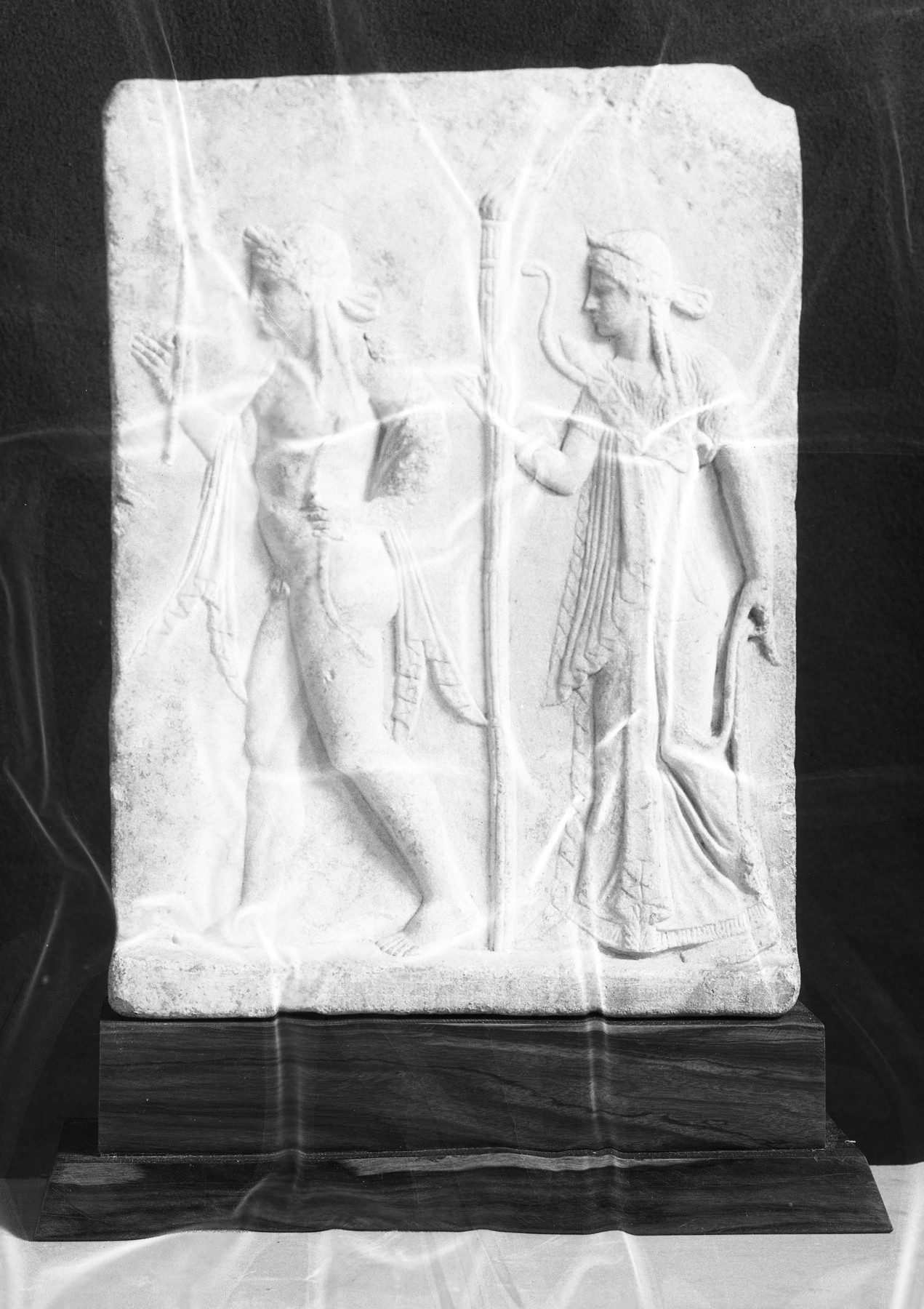 The model for this relief was probably a dedicatory offering on the Athenian Acropolis. Copies intended for decorating the home were produced as late as the 2nd century. Several other almost identical examples of this relief are known, showing that sculpture was mass produced in this period.