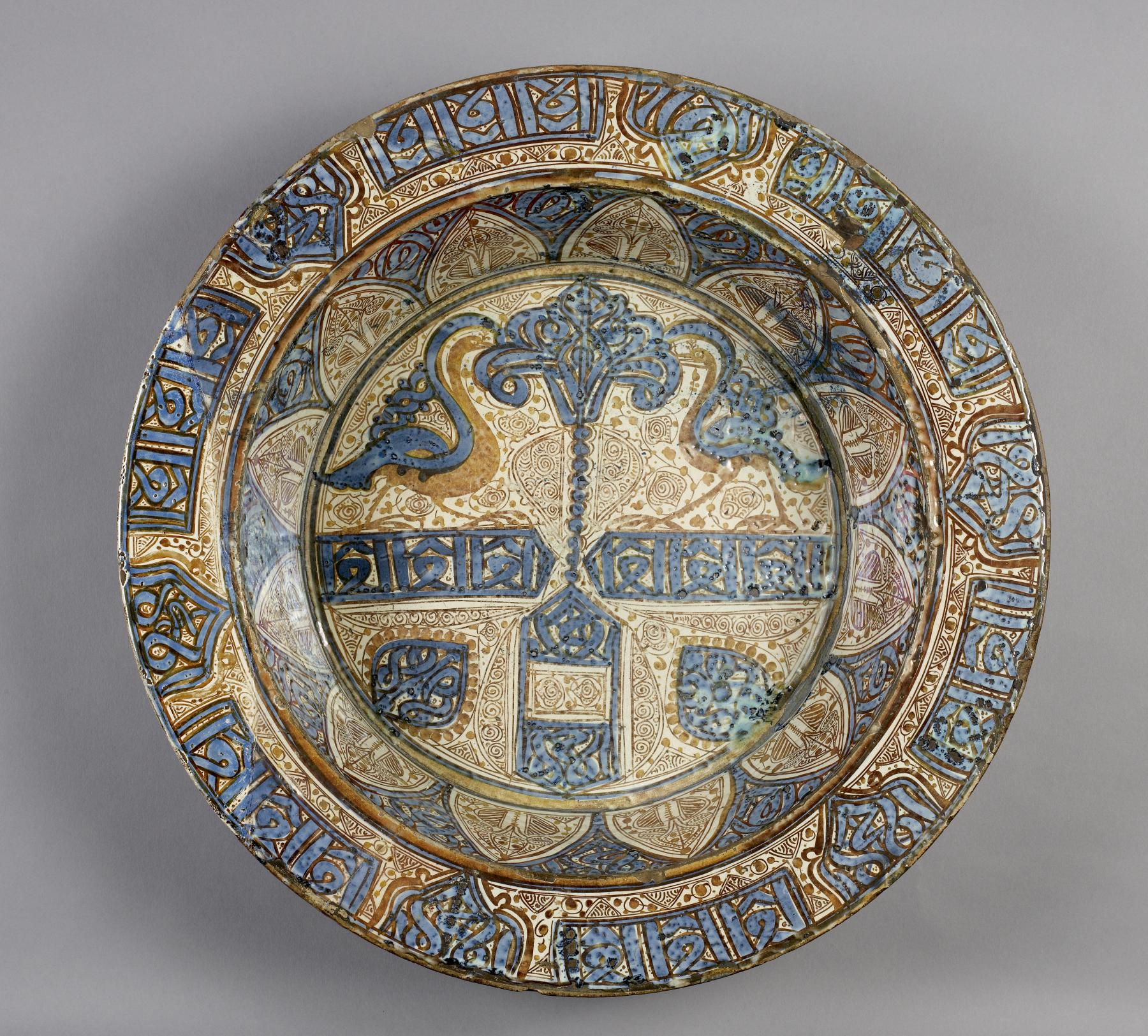 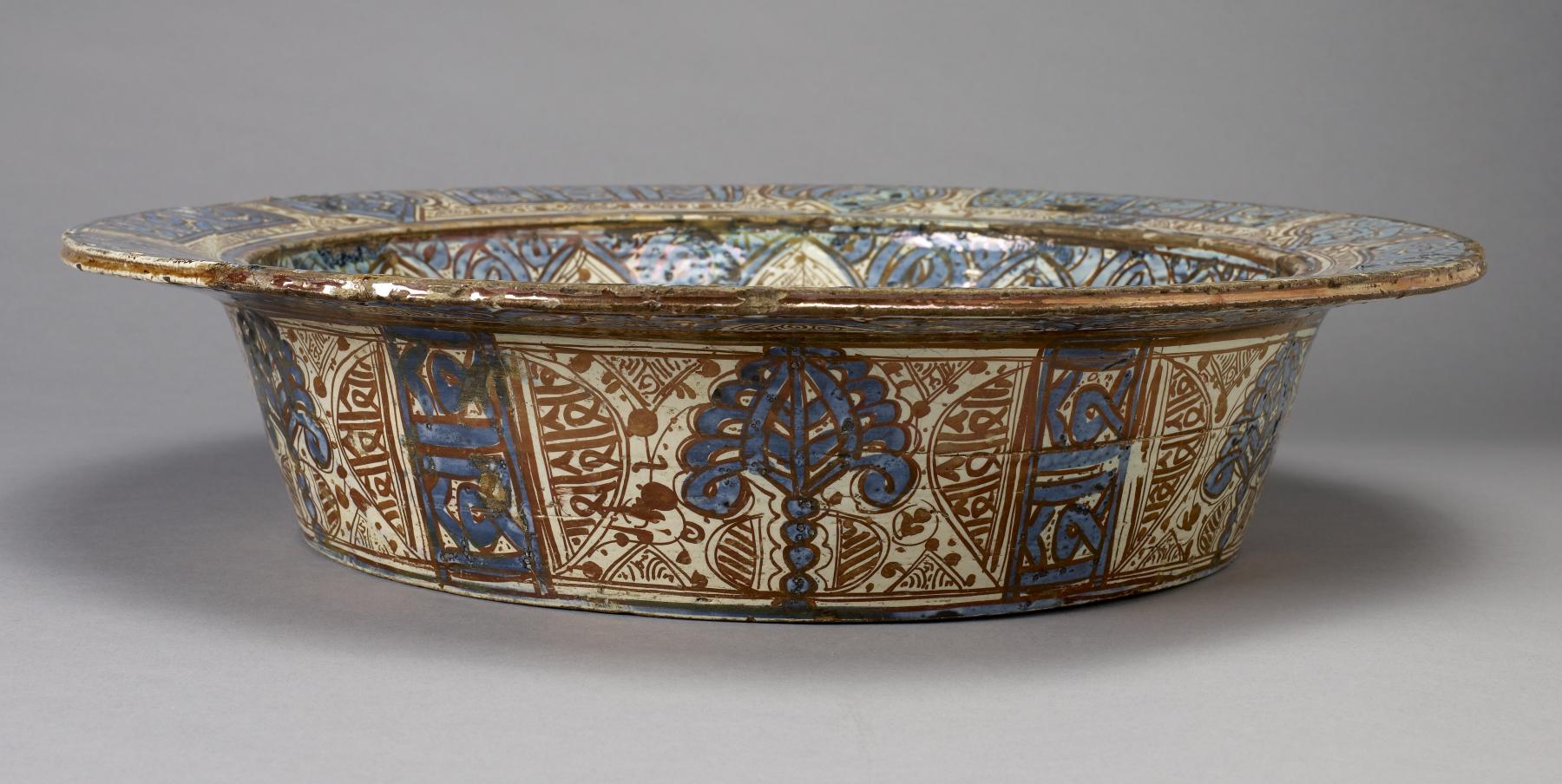 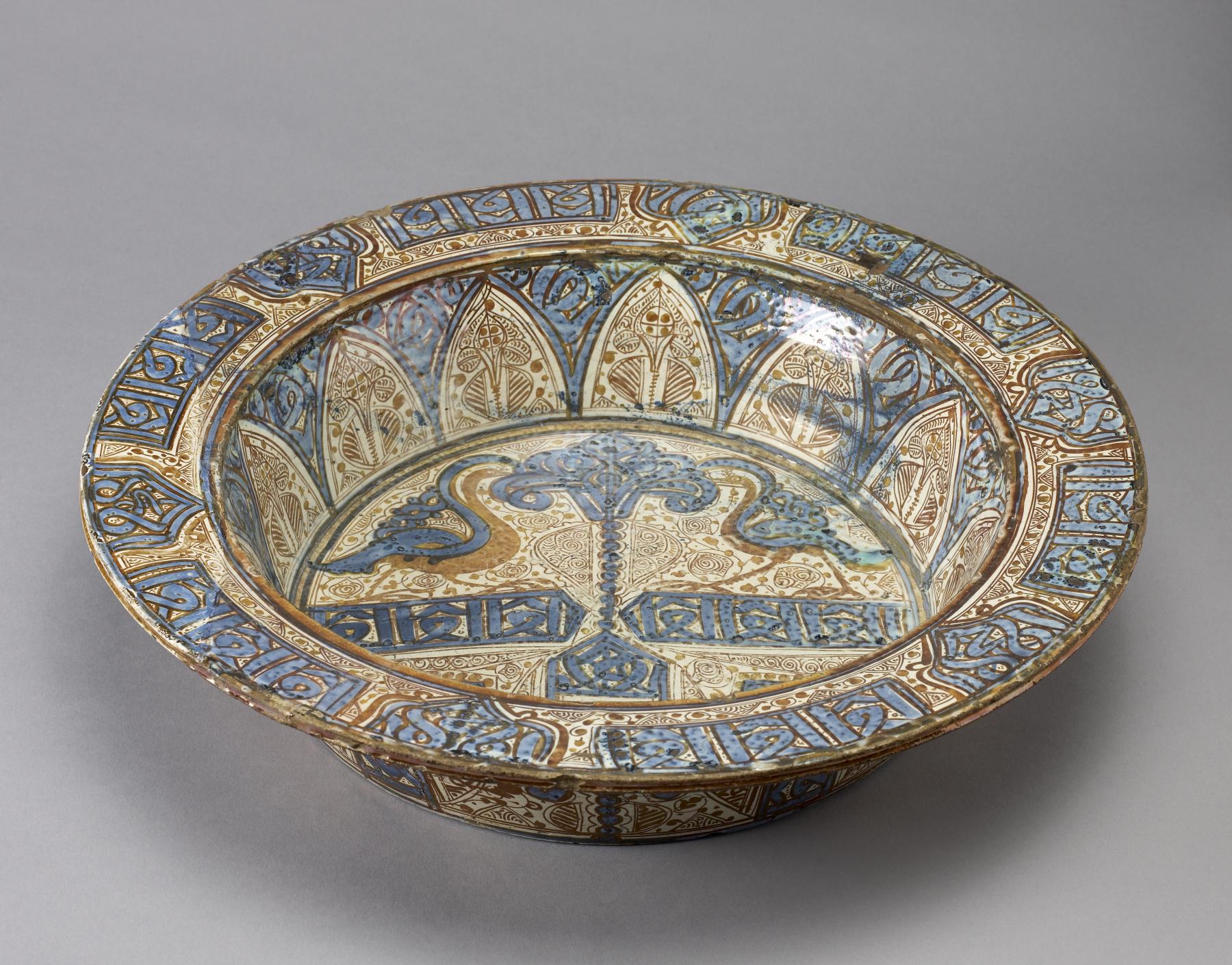 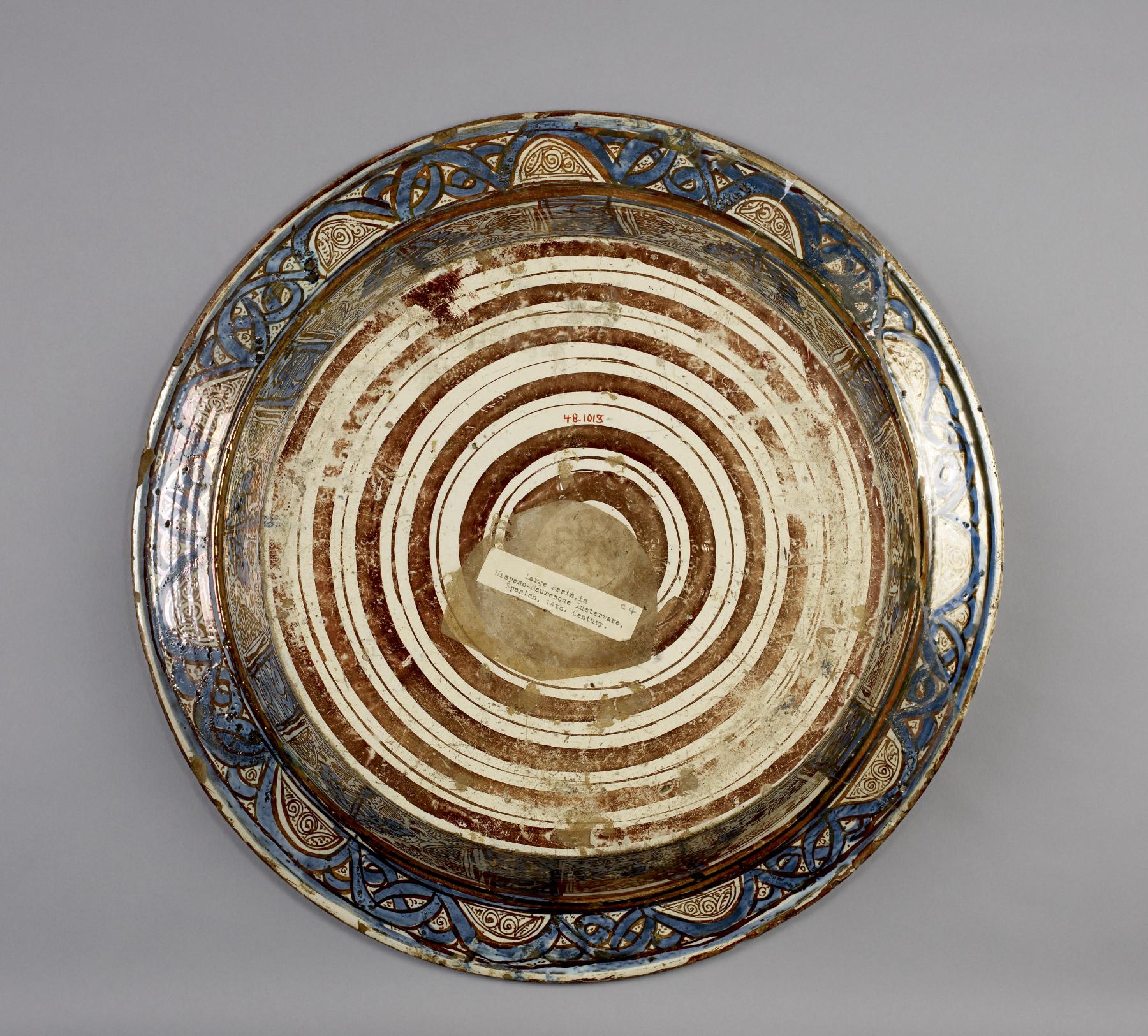 The art of adorning ceramic objects with luster (a glaze with a metallic sheen) in order to make them resemble precious metals probably began in 9th-century Iraq and spread throughout the Islamic world, including to al-Andalus, the region in present-day Spain and Portugal that from 711 was ruled by Muslims for centuries. There, large quantities of high-quality lusterware continued to be produced during the 14th and 15th centuries and influenced ceramic decoration long after the last Islamic dynasty in Spain ended in 1492. Such pieces regularly feature inscriptions in pseudo-Arabic script, as on this basin.The basin’s combination of luster designs and blue underglaze decoration, including two birds flanking a stylized tree, is also typical of this ceramic tradition.