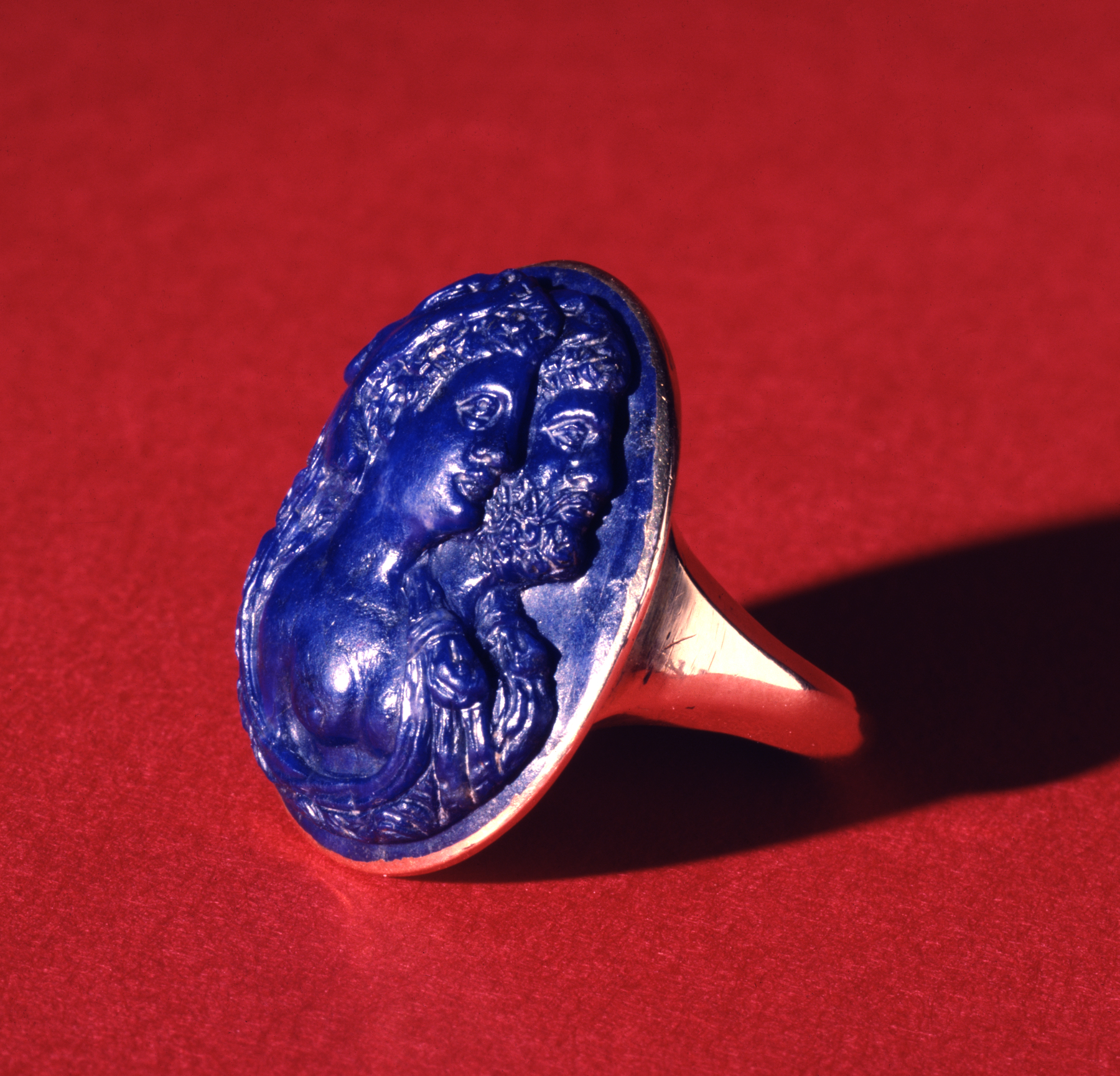 Cameo with Hercules and Omphale

Omphale, queen of Lydia, wears Hercules' lion skin and exposes one breast. With a later gold mount (as a ring). this cameo carved from precious lapis (from Afghanistan) belonged to a member of the Orsini family in the late 1500s in rome, from whom it was purchased by Thomas Howard Earl of Arundel, an important English collector and diplomat. The carved gems of the Earl were subsequntly acquired by the Dukes of Marlborough. See the discussion of the Arundel gem collection and that of the Marlboroughs on the Chamber of Wonders microsite. Maor holdings of these t wo collections are now in the Walters with an unbroken provenance going back to these collectors. In the case of this gem to the 1500s.