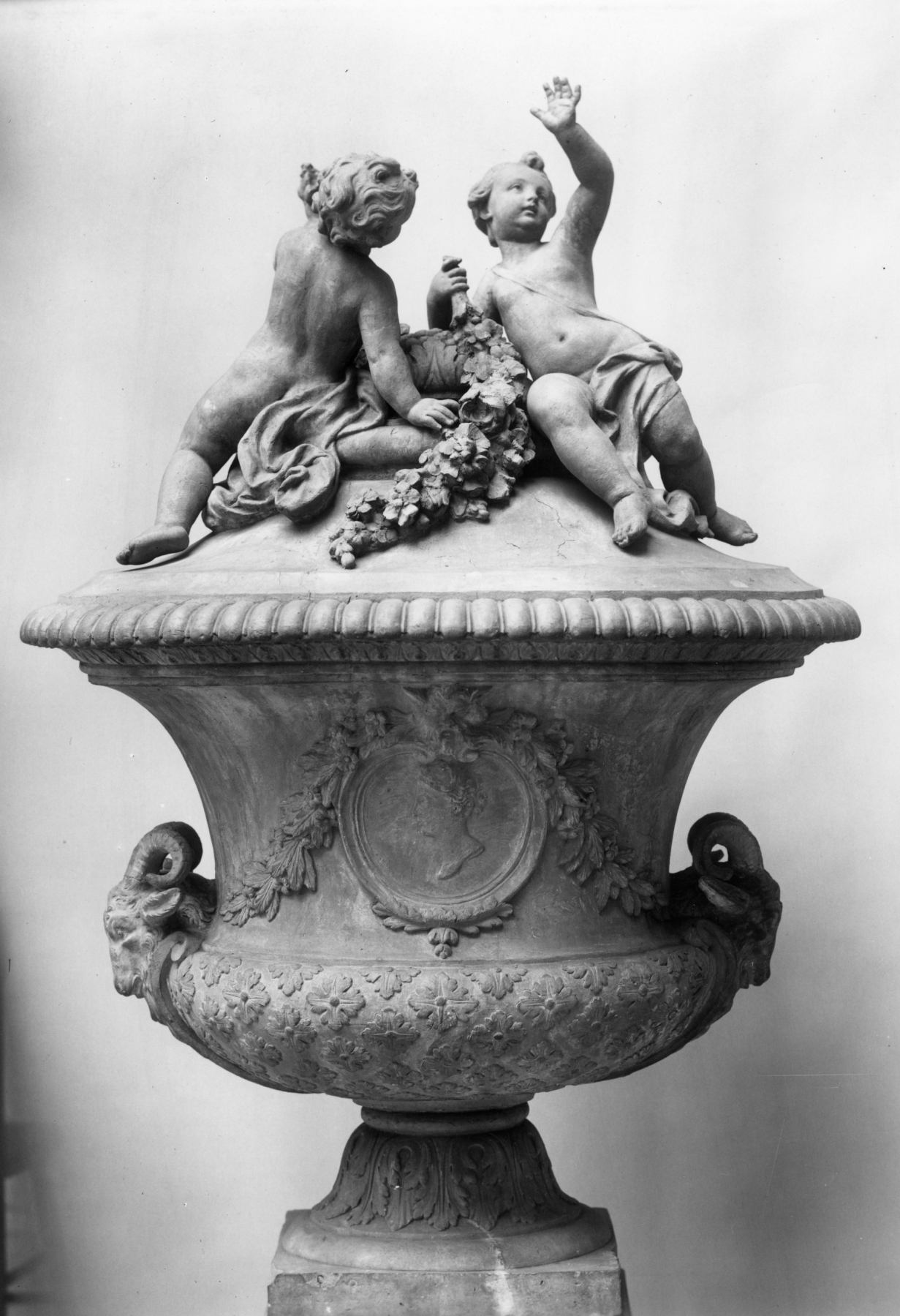 This urn is a cast of one of a pair of lead urns standing in the gardens of the Trianon at Versailles. Although the Versailles urns have traditionally been attributed to the sculptor Robert Le Lorrain (1666-1743), their restrained, late rococo style suggests that they may be by Robert's grandson, Louis-Joseph Le Lorrain, who attended the French Academy in Rome from 1740 to 1748.