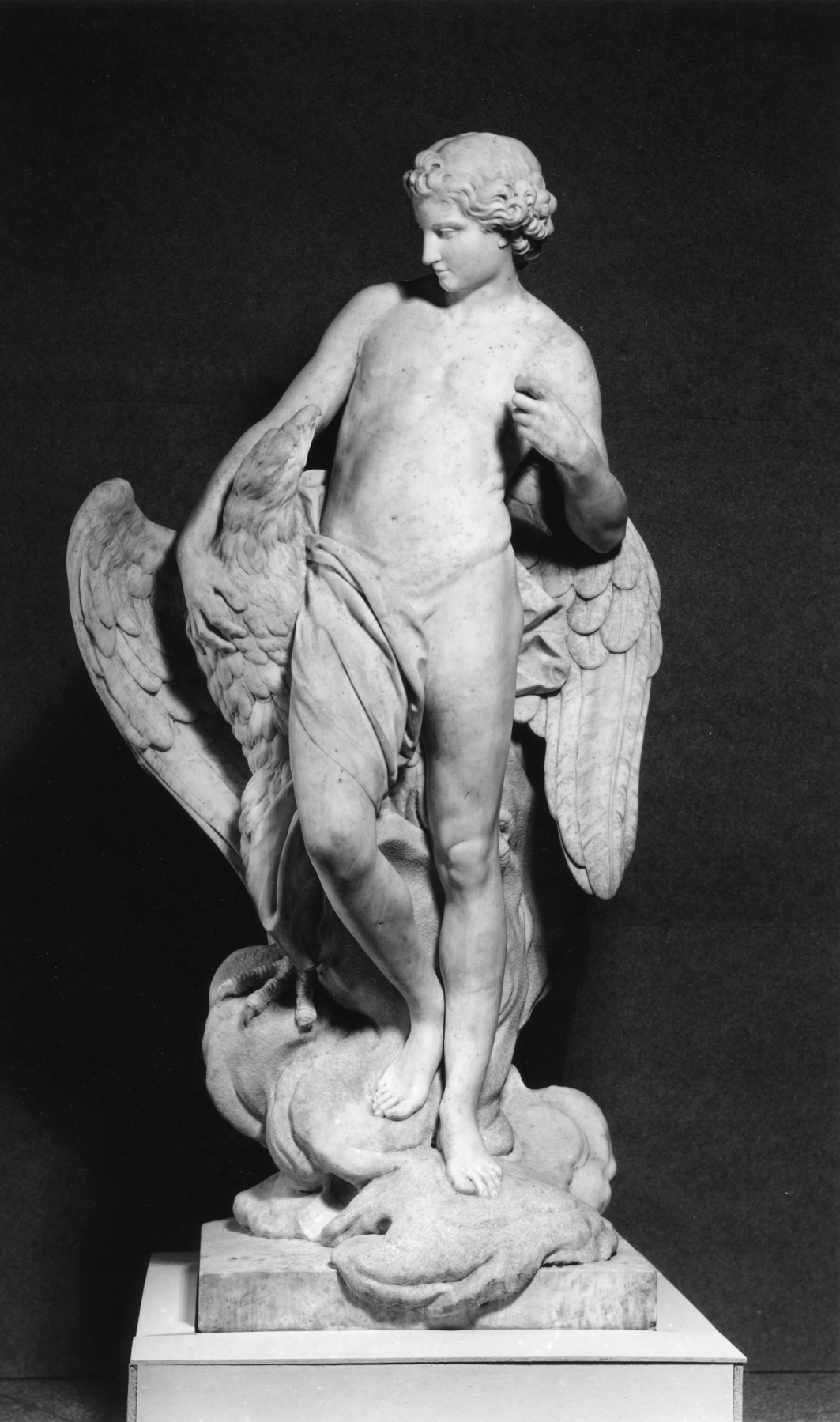 According to classical mythology, Zeus was captivated by Ganymede, the most beautiful human. In the form of an eagle, the king of the gods abducted the youth. Ganymede subsequently served as Zeus's cupbearer. (This statue would originally have held a cup in its left hand.)

In 1743, King Louis XV commissioned this statue for the gardens of Versailles. Although a plaster model of the figure was exhibited two years later at the Paris Salon (a state-sponsored exhibition), Francin never finished the marble. At the request of the count of Maurepas (the chief adviser to Louis XVI), Nicolas-François Dupré gave the final touches to the statue in 1777-87.