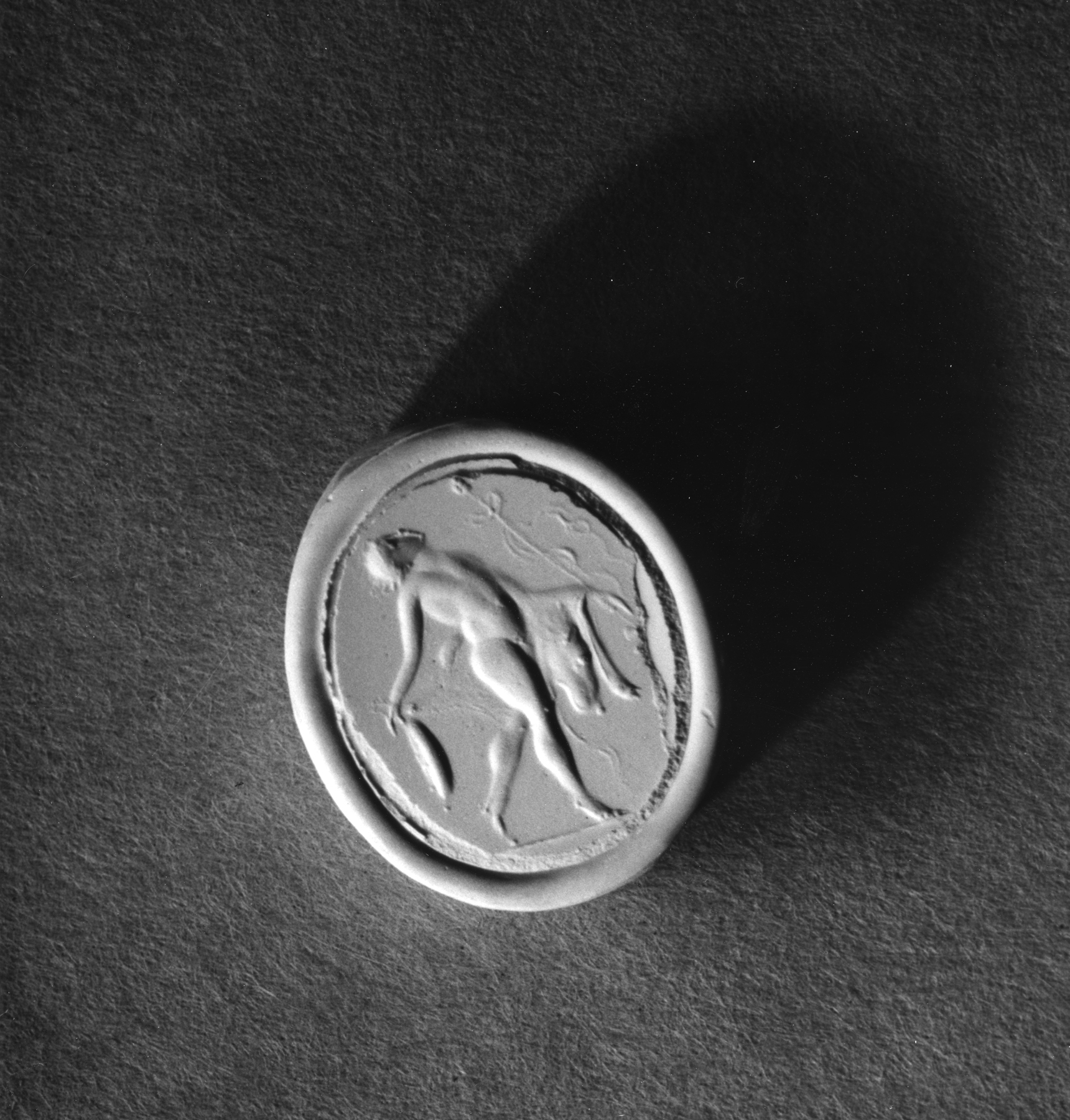 Intaglio with a Dancing Satyr Set in a Ring

This intaglio has a dancing satyr with an animal skin over his right arm and a thyrsos in his right hand.