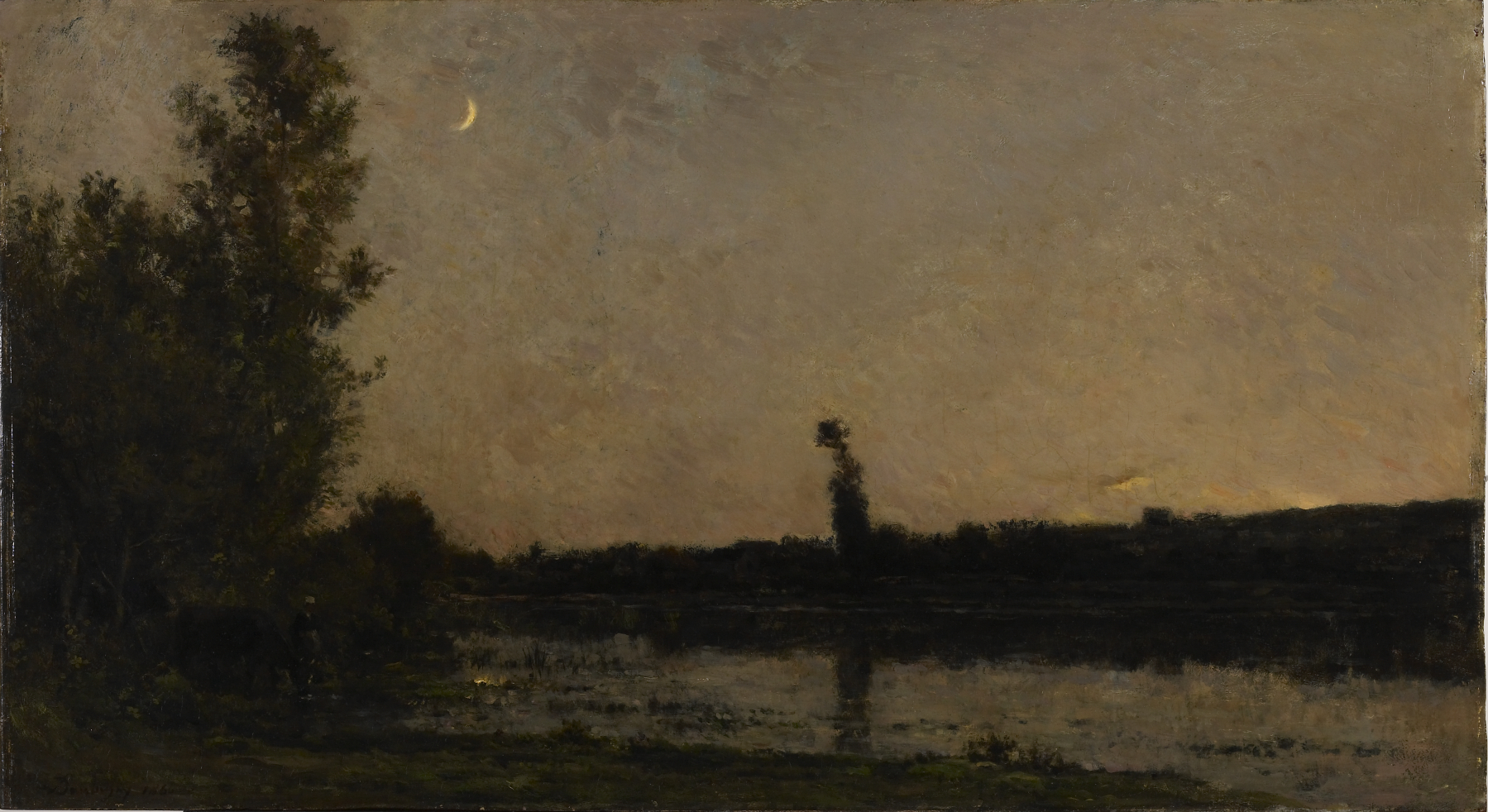 During the 1860s, Daubigny began regularly painting moonlight scenes, evoking a mood of melancholy that his biographer Frédéric Henriet attributed to his advancing age. He cruised up and down the Seine River in his studio-boat in search of subjects such as this view near the village of Andrésy. The picture was probably completed in the studio over several sessions and exhibited at the 1867 Paris Salon.