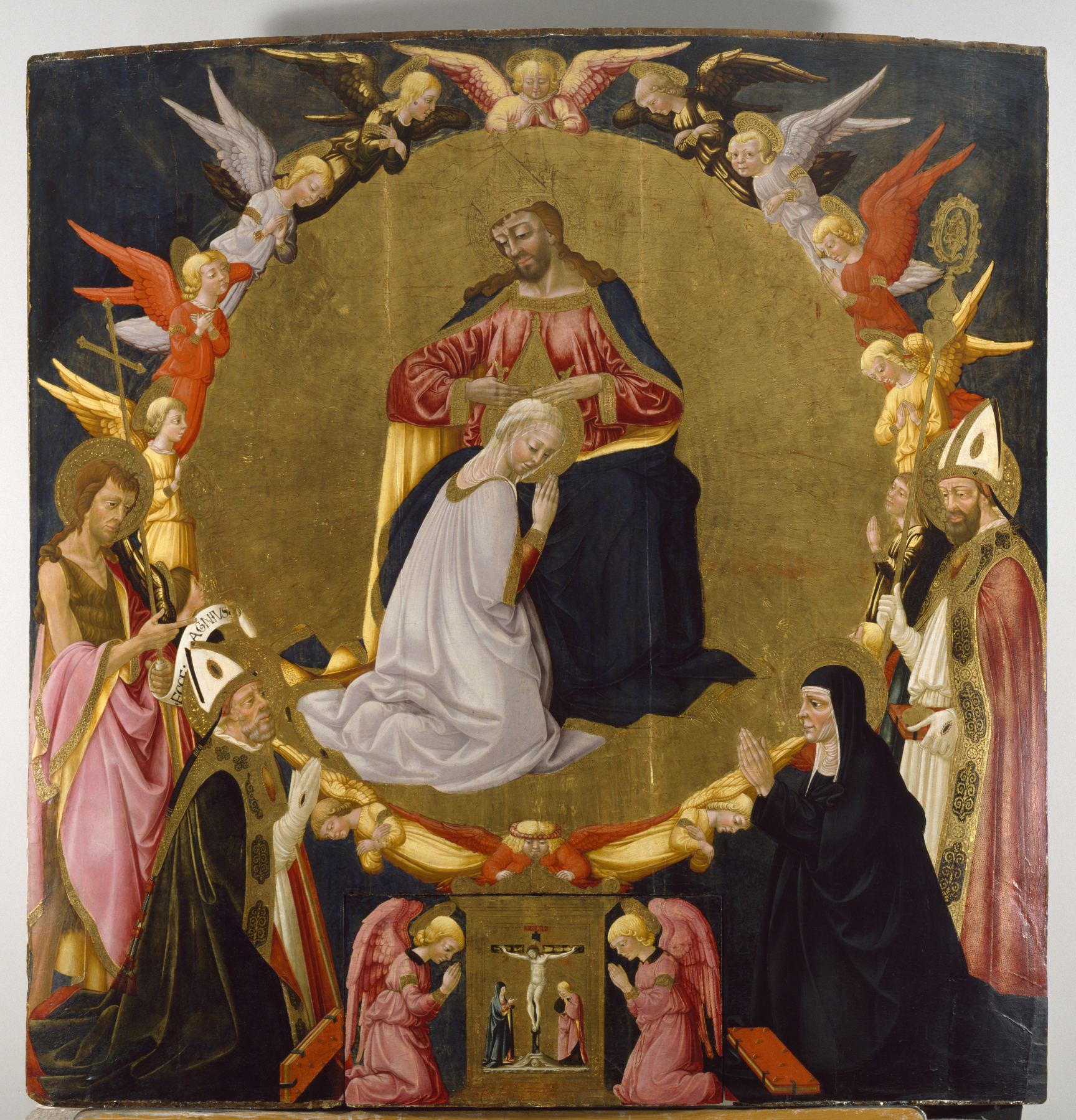 The Coronation of the Virgin with Angels and Four Saints

In this altarpiece, Christ places a crown upon the head of his kneeling mother, the Virgin Mary, an act symbolic of their status as King and Queen of Heaven. The golden circle surrounding the two has been engraved with different designs representing the music of the heavenly spheres (the movement of the planets was believed to produce harmonies that could not be heard by humans). Around the circle is a host of worshiping angels; below are (from left to right) Saints John the Baptist, Augustine, his mother Monica, and Nicholas of Bari. At the bottom of the panel two angels adore a painted tabernacle depicting the Crucifixion. This section was cut and hinged to provide a recess in the altarpiece that may have housed the consecrated Host for use in the Mass.

Neri di Bicci operated one of the most successful workshops in Renaissance Florence. He inherited his enterprise from his father, Bicci di Lorenzo (1373-1452), and grandfather, Lorenzo di Bicci (ca. 1350-1427), and recorded all of the workshop’s activities in a diary called the “Ricordanze.” This diary miraculously survives for the years between 1453 and 1475 and provides a remarkable glimpse into the world of a typical Renaissance workshop. Since this painting is not mentioned in the diary it presumably dates after 1475. The composition is close to another "Coronation of the Virgin" by artist in the church of San Giovannino dei Cavalieri in Florence, documented to 1488.

[Transcription] In scroll held by John the Baptist: ECCE. AGNIVS.