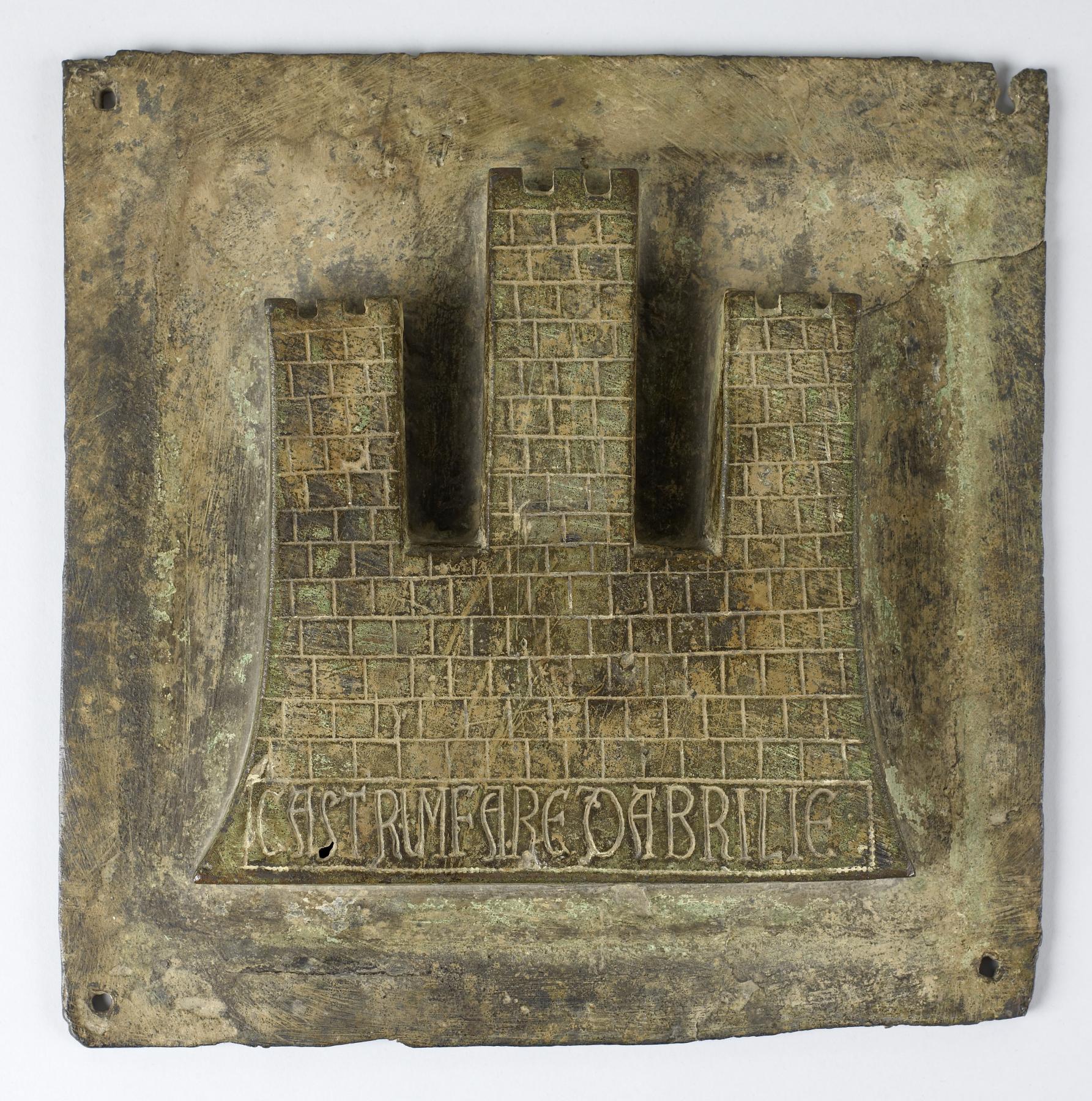 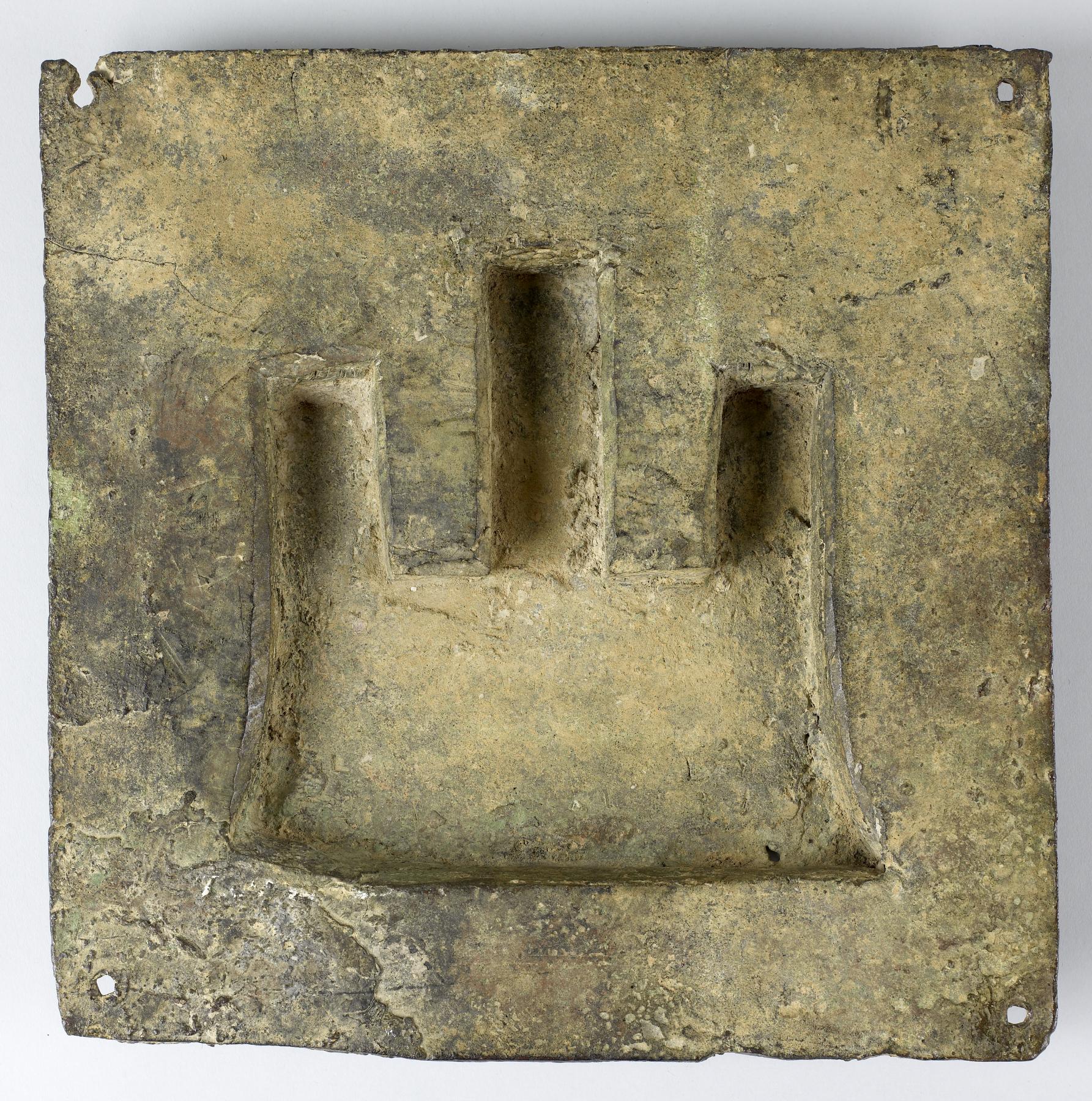 When Abbot Joel (r. 1182-1191) commissioned the door for the main entrance to the church of San Clemente at Casauria in Abruzzi, he may have chosen bronze because of the medium's association with the legal tradition. San Clemente's doors are composed of seventy-two bronze plaques. In addition to decorative panels, the doors feature representations of each of the twenty possessions of the monastery. This panel bears a three-turreted castle labeled "Fare d'Abrilie." The door cycle includes an image of Saint Clement, patron saint of the church, Emperor Louis II the Younger, founder of the monastery, and King William II, who enlarged the abbey's lands. The bronze doors showcased the extent of the monastery's domains, which were mostly under dispute. The legal claim made by the doors is underscored by the use of a material traditionally associated with imperial legal proclamations. This does not imply that bronze, commonly used for doors, was always chosen for this reason, but due to the nature of the program at San Clemente such a hypothesis is tantalizing.

[Transcription] in a band at the base of the castle: CASTRUMFAREDABRILIE; (CASTRUM FARE D'ABRILE); [Translation] the Castle of D'Abrile


San Clemente a Casauria ((not assigned)) 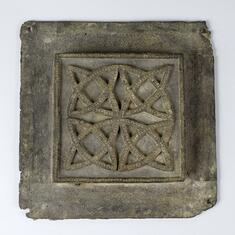 Door Panel with an Interlace Design