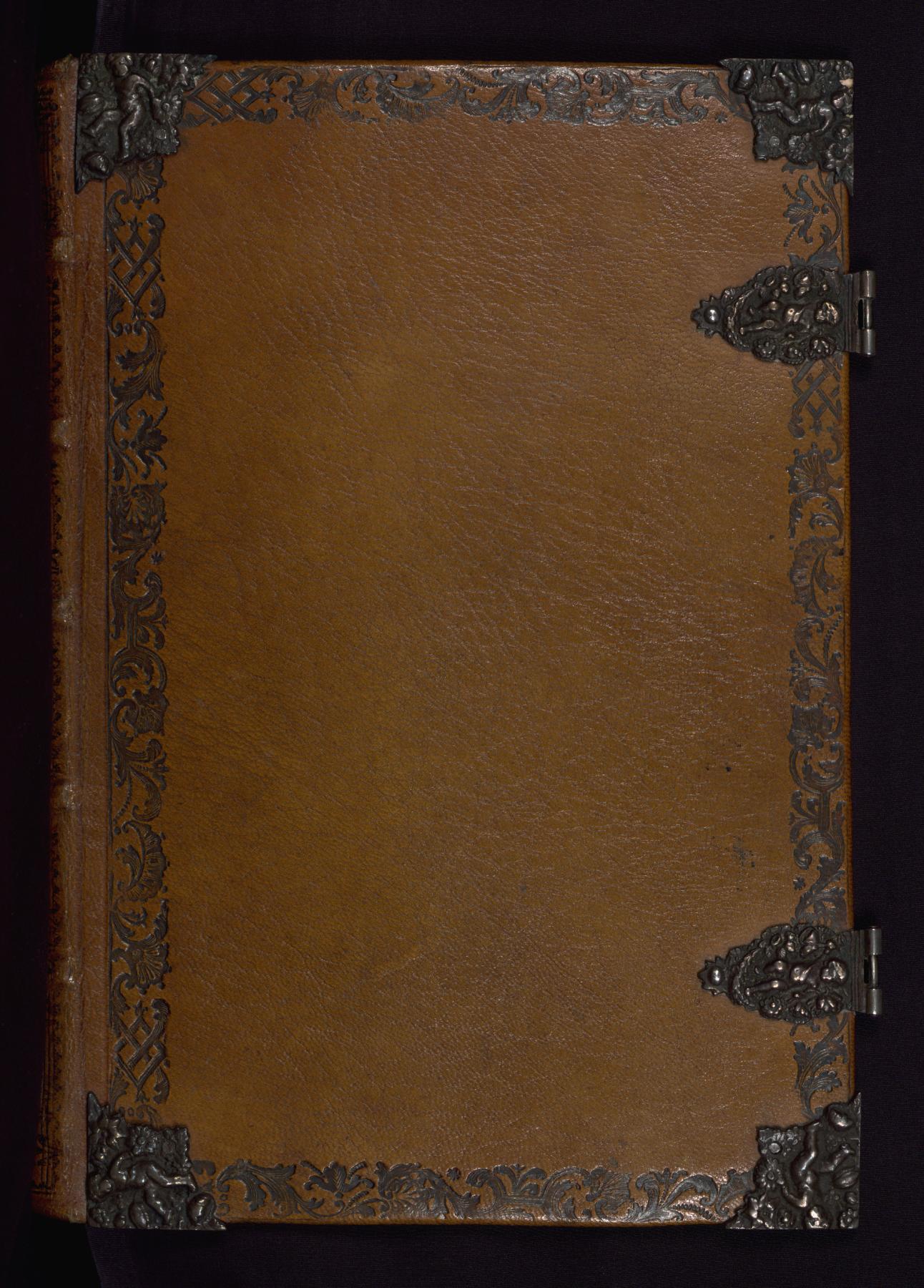 Book of Hours in Dutch

This book of hours was created in the Netherlands in the fifteenth century. Written entirely in Dutch, its calendar is for the use of Utrecht. However, it was probably made in Haarlem, which produced books of hours with this kind of border decoration. Its folios are highly finished, and it is richly illuminated throughout with sprouting foliage, occasionally inhabited by people, animals, and grotesques. Large decorative initials mark the main divisions in the text, the first of which is historiated with an image of the Virgin and Child. Especially notable is the fine quality and abundance of its burnished gold, found in the initials and vegetation on nearly every page of the manuscript. 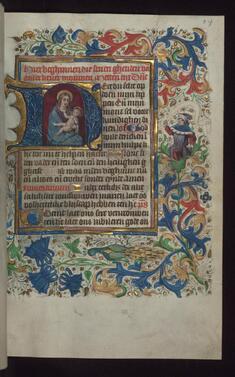 Initial "H" (Here du selte) with Virgin and Child, and Prophet with Scroll in Margin 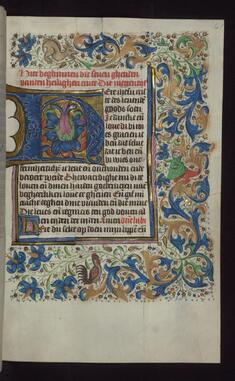 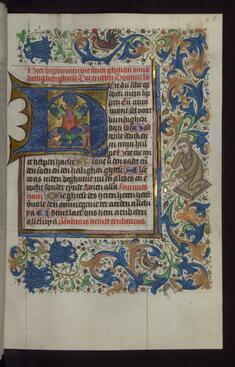 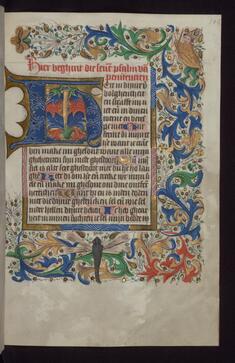 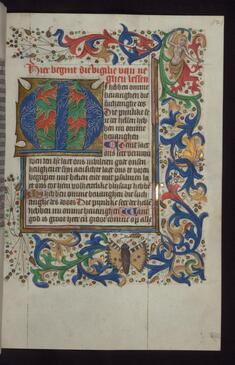 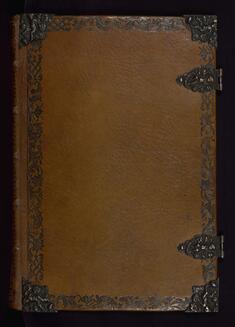 Binding from Book of Hours in Dutch