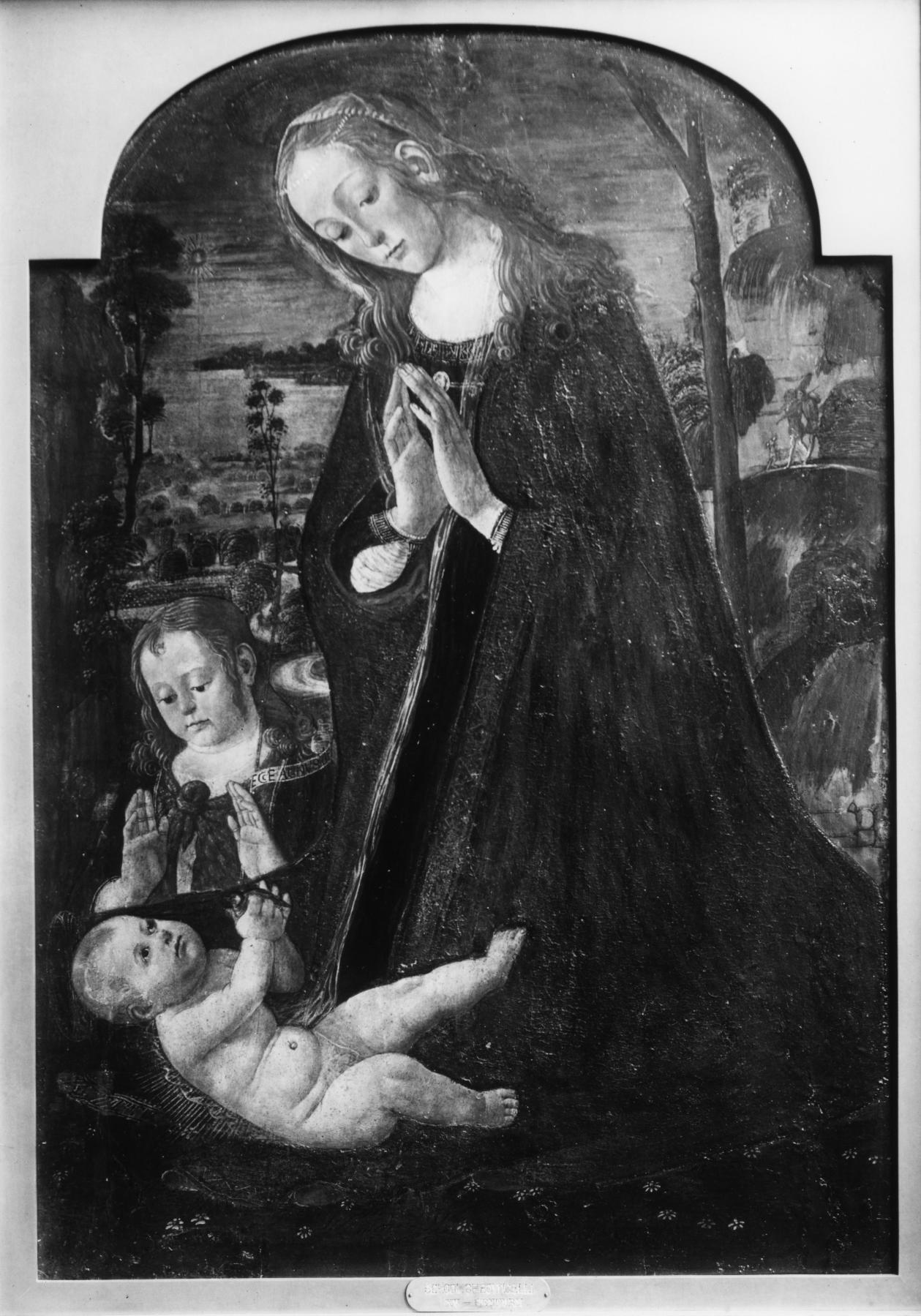 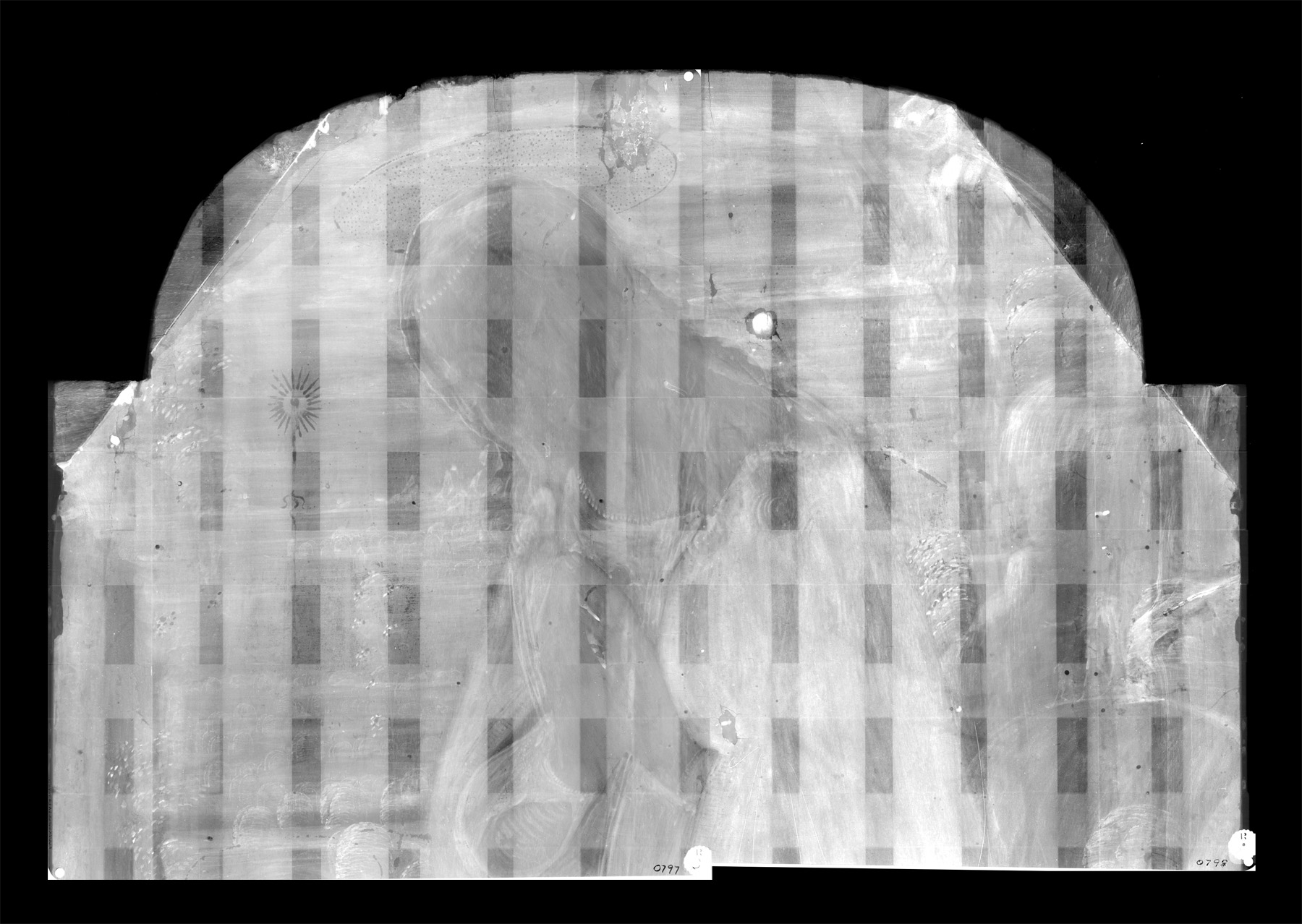 Virgin Adoring the Christ Child with the Young St. John the Baptist

Against a lush landscape of grassy hills and rocky cliffs, the Virgin kneels absorbed in prayer before the Christ Child. Surrounded by rays of light, the child lies on the hem of her mantle and clasps a goldfinch between his hands. The goldfinch is a common allusion to Christ’s Passion due to a popular legend claiming the bird plucked a thorn from his crown at the Crucifixion and became stained with his blood. Peering over a ledge behind the Christ Child is his young cousin and patron saint of Florence, John the Baptist, his hands raised in adoration. Two shepherds make their way through the landscape at the right.

The painting is a typical work by Jacopo del Sellaio, one of the most prolific artists of late 15th-century Florence. Sellaio’s workshop specialized in the serial production of images of the Virgin adoring the Child (see also Walters 37.631), which were intended for domestic interiors. The refined execution of this version suggests it is by Sellaio himself rather than one of his many assistants. It can be dated to the very end of his career, around 1490, based on its close similarity to the painter's documented altarpiece of the "Crucifixion" (1490-1493) in the church of San Frediano in Florence.