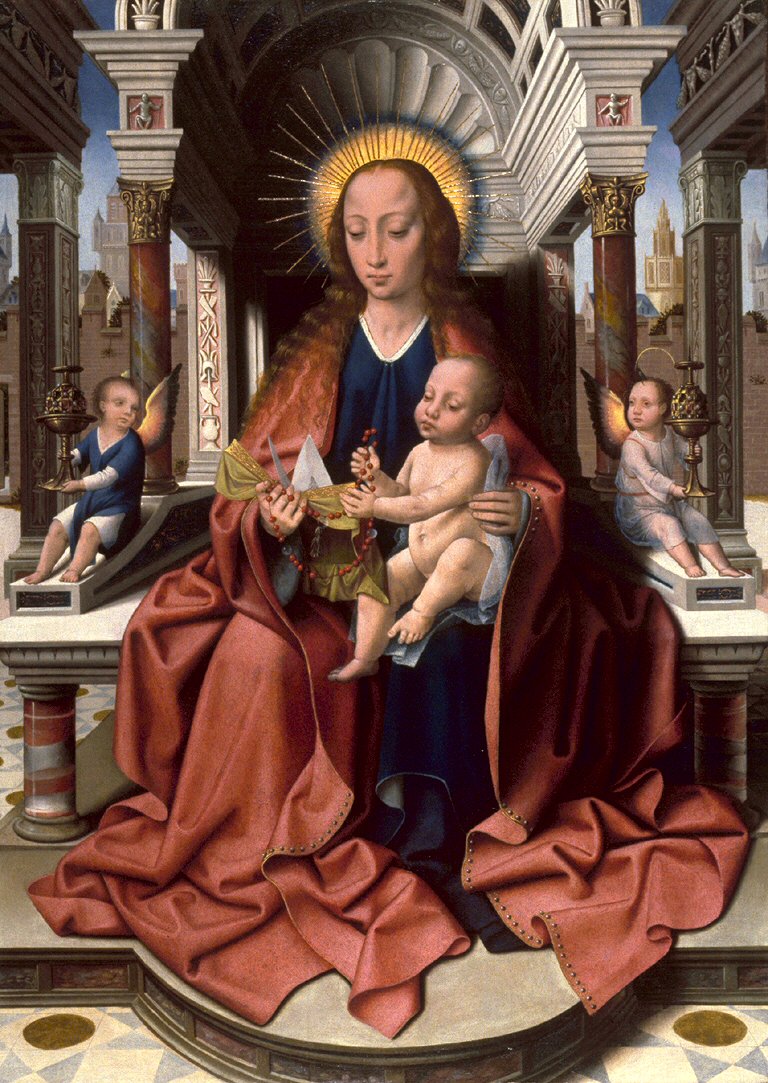 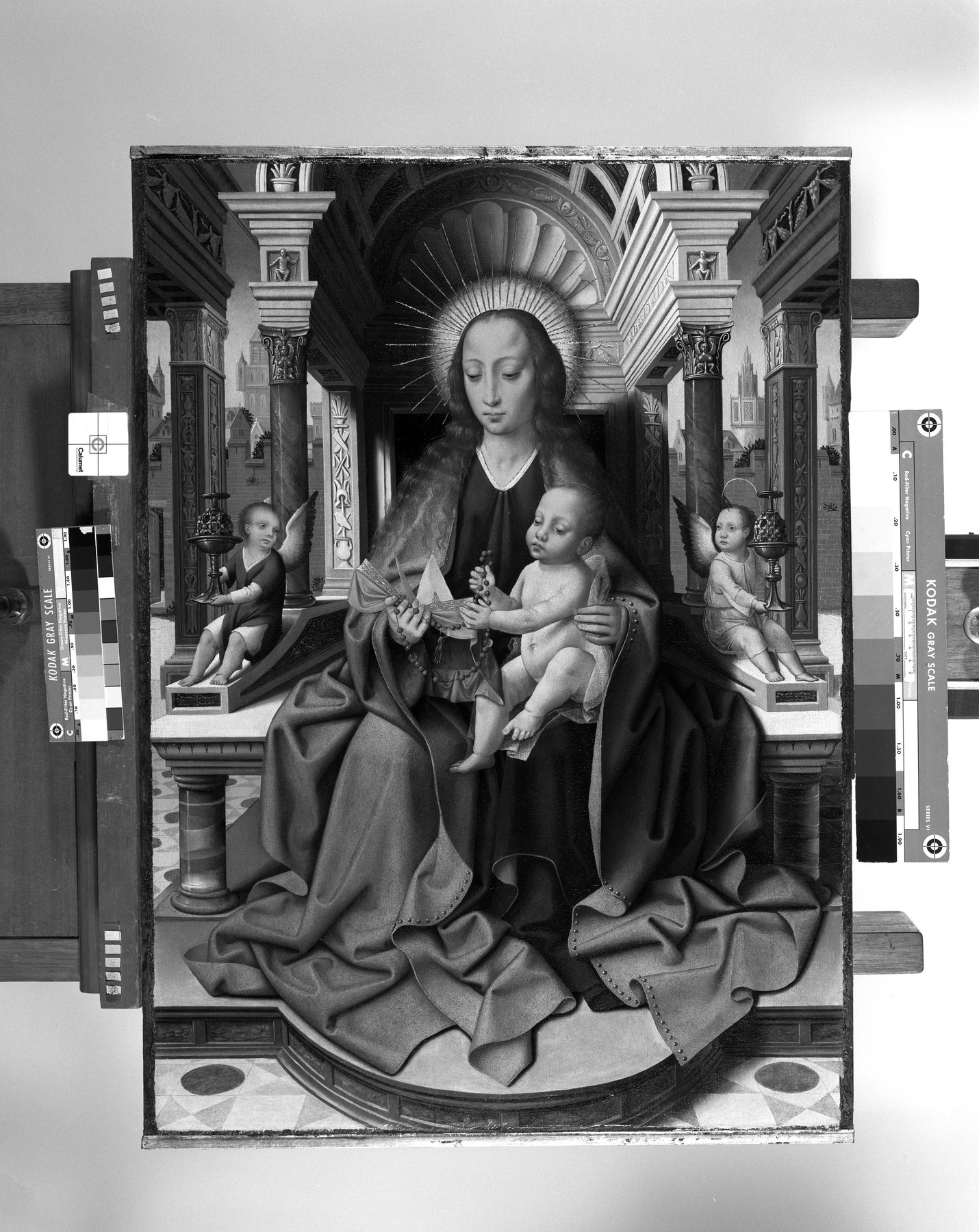 Here, Mary is both Queen of Heaven and a modest, pious mother, while Christ's humanity is emphasized by his playfulness. The graceful but conservative treatment of the Virgin reflects none of the new, 16th-century emphasis on celebrating the human body seen in contemporary Italian painting. However, the elaborate, fanciful architecture suggestive of a regal setting is not the late Gothic style with pointed arches characteristic of Antwerp at that time, but rather calls upon motifs from Roman architecture, such as the shell motif behind the Virgin, then popular in Italy.

Many paintings by this outstanding but unidentified artist are known, but none are signed. He has long been called the Master of Frankfurt, because there is a major painting of his in Frankfurt, Germany. He recently has been identified as Hendrick van Wueluwe, who was active in Antwerp from 1483 until his death in 1533. Though he was dean of the painters' guild, there are no works documented by him.