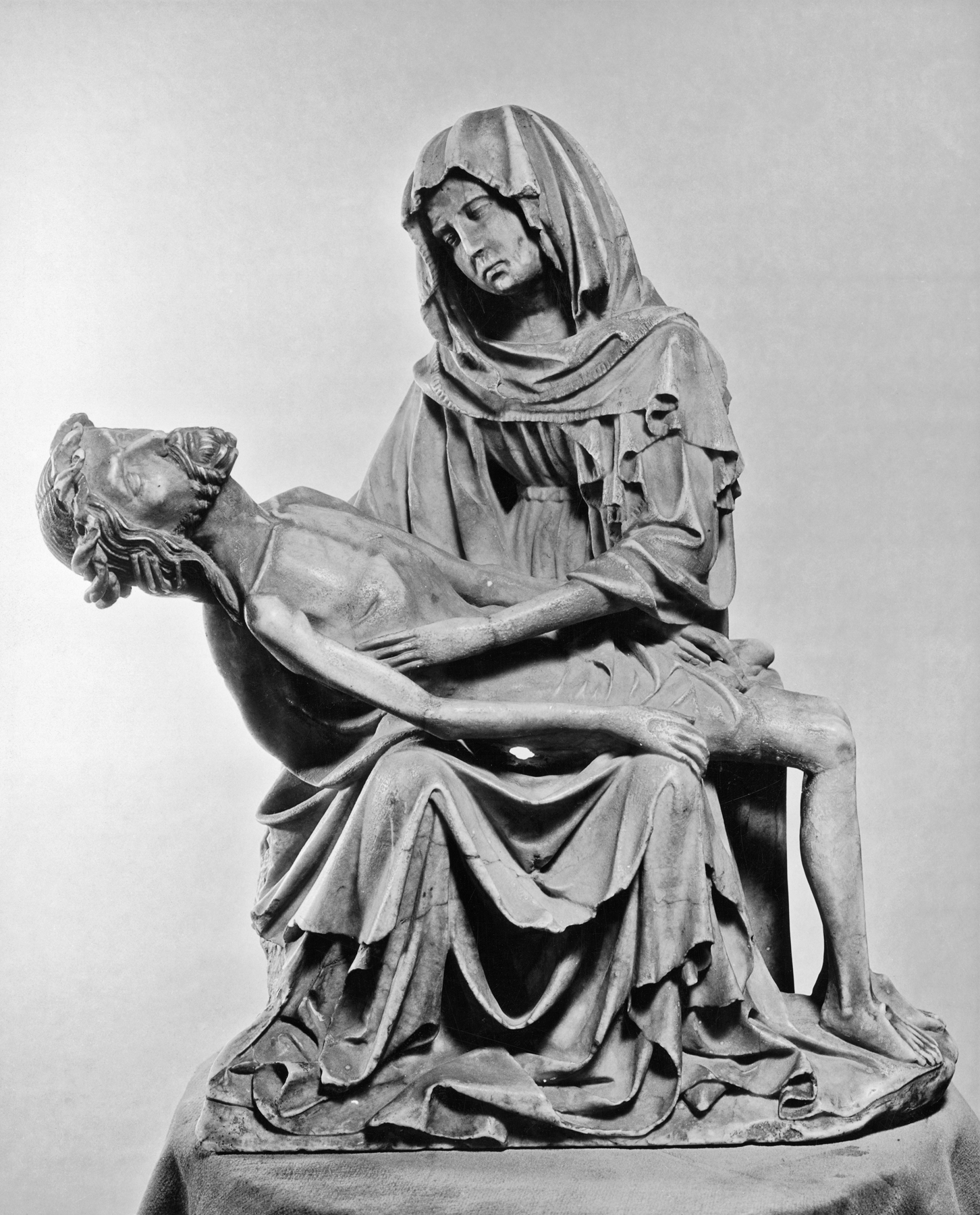 "Pietà" is the name given to the image of Christ's mother sorrowing over her dead son. The ultimate model of human piety, she provided a perfect image for private meditation. Northern artists often conveyed the extreme emotion of the subject through angular, rigid forms, especially in their depiction of Christ's dead body.

The Pietà as a subject was developed in northern Europe during the late 14th century. This interpretation belongs to a stylistically related group of sculptures, some of which were exported to Rimini, Italy. Beginning around 1500, the subject was adopted by Italian artists, and it may well have been a sculpture such as this one that inspired Michelangelo's great Pietà in the Basilica of Saint Peter in Rome.