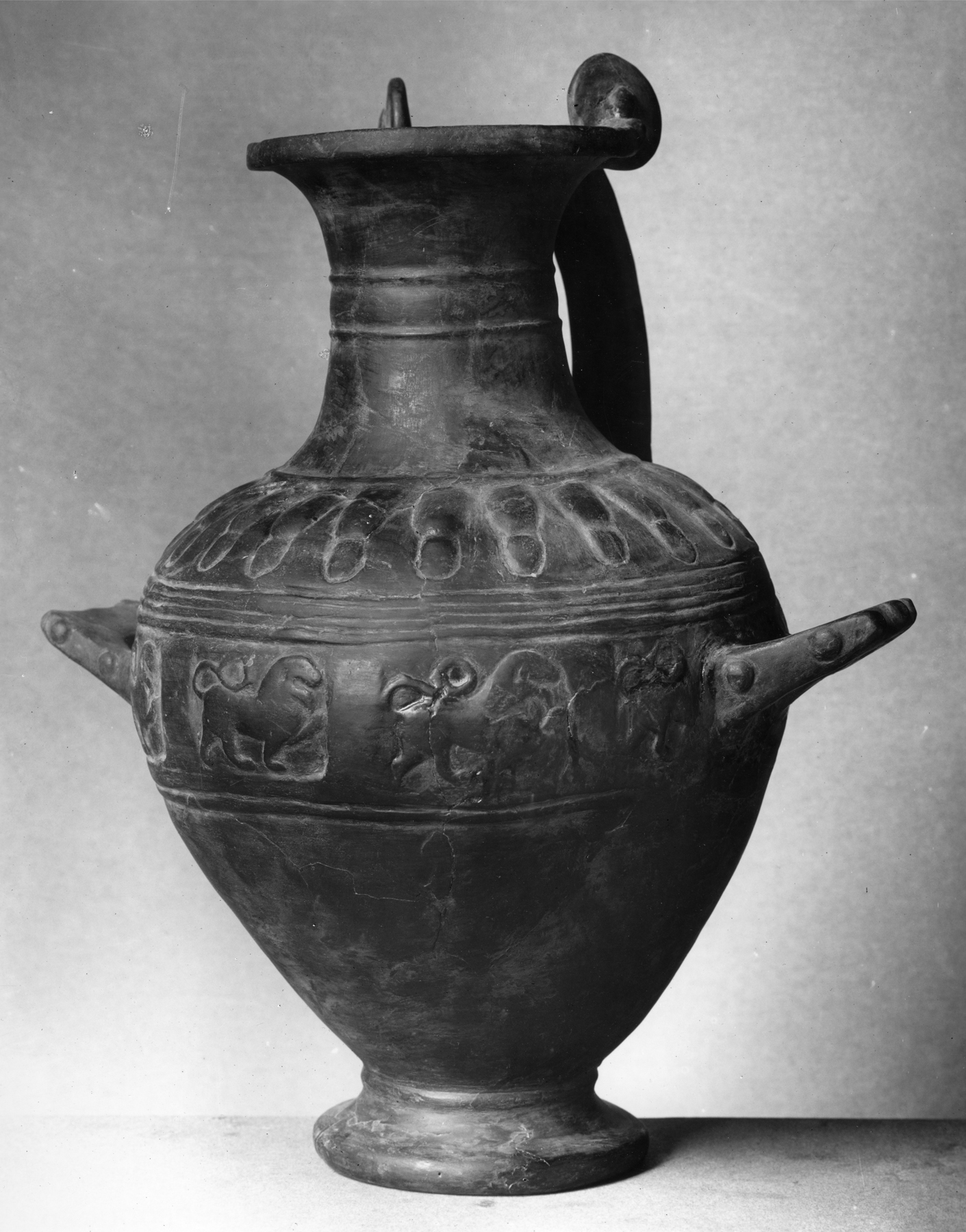 Hydria with Frieze of Lions

Large vases like this hydria (water container) were typical offerings in the tombs of prominent Etruscan families. Characteristic of late bucchero ware is the reliance on eastern motifs, including the procession of lions, from the 7th and early 6th centuries BCE, known as the Orientalizing period. The decoration was impressed onto the clay using stamps.
The Etruscans were a confederation of city-states in central Italy during the 7th-3rd centuries BCE. In addition to their notability as a maritime power, the Etruscans are also known for their bucchero, a style of pottery that was produced between the 7th and the 5th centuries BCE. It is black inside and out due to the reducing atmosphere during the firing process that prevented oxidation. Bucchero vessels are made on a wheel, and the forms often imitate contemporary impasto and metalware. When polished, the effect of bucchero’s black surfaces can even resemble oxidized silver.