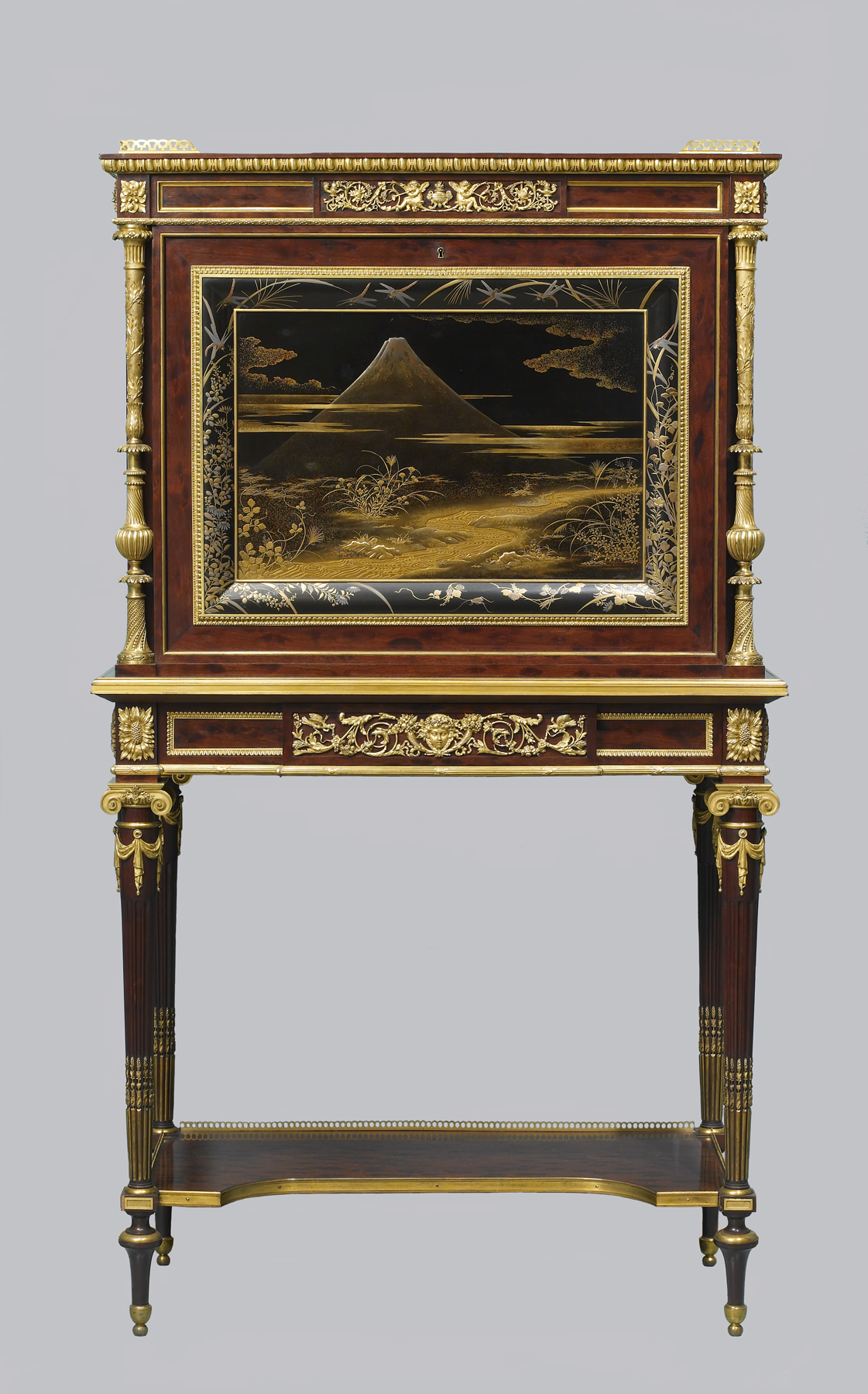 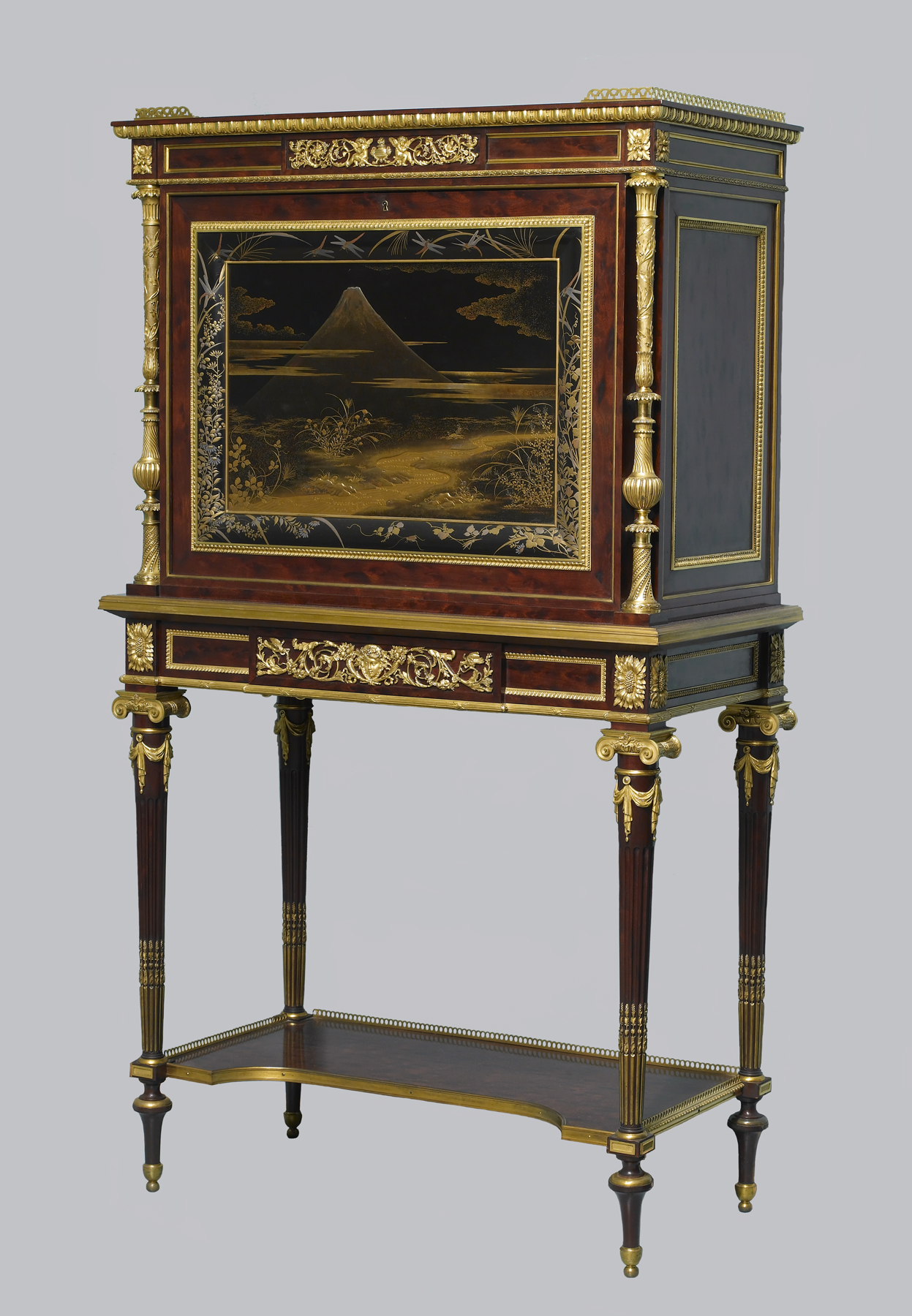 Although this is a French piece, the central lacquer panel is of Japanese origin and shows Mount Fuji and autumn grasses. The border, also Japanese, is decorated with autumnal vegetation. The piece recalls 18th-century furniture, which was a popular style in revival pieces for much of the 19th century.

During the 1890s, great American collectors such as Pierpont Morgan, William T. and Henry Walters, and Henry Clay Frick, demanded museum quality pieces with which to furnish their townhouses and country mansions. Parisian decorating and furniture firms such as Etienne-Simon-Eugene Roudillon, Jacques Seligmann & Co. and Duveen & Co. had offices in New York to cater to wealthy American clients.

[1] The cabinet formed part of the furnishings for 5 West Mount Vernon Place, the Walters' Baltimore townhouse. It is likely the piece listed in the 1930s inventory of the house as #796 "Japanese lacquer writing desk." Some of its previous contents (WAM 54.27-54.465) can be linked to Henry Walters, which perhaps suggests that this cabinet belonged to him, rather than William. T. Walters.

Acquired by William T. or Henry Walters, after 1890