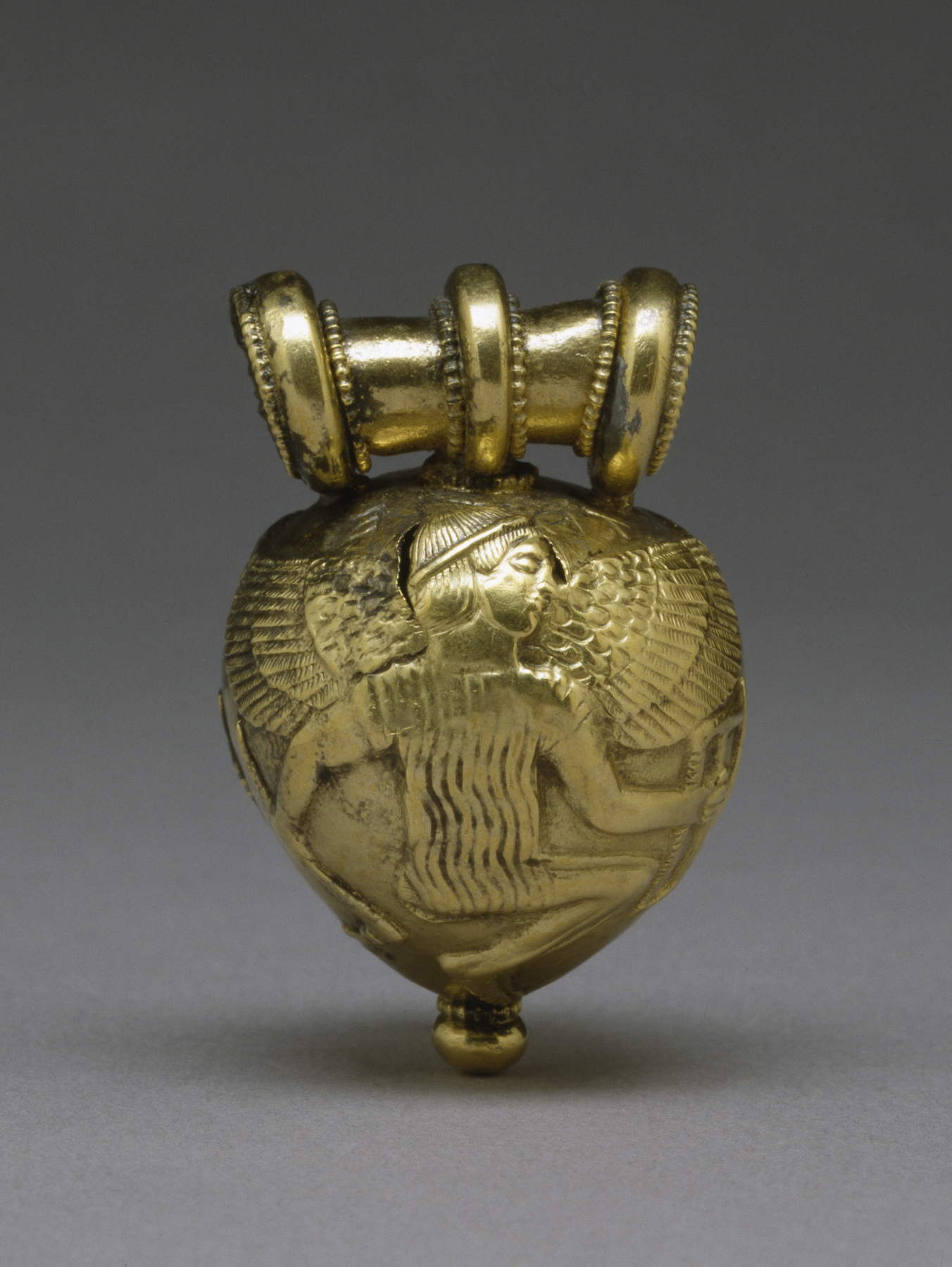 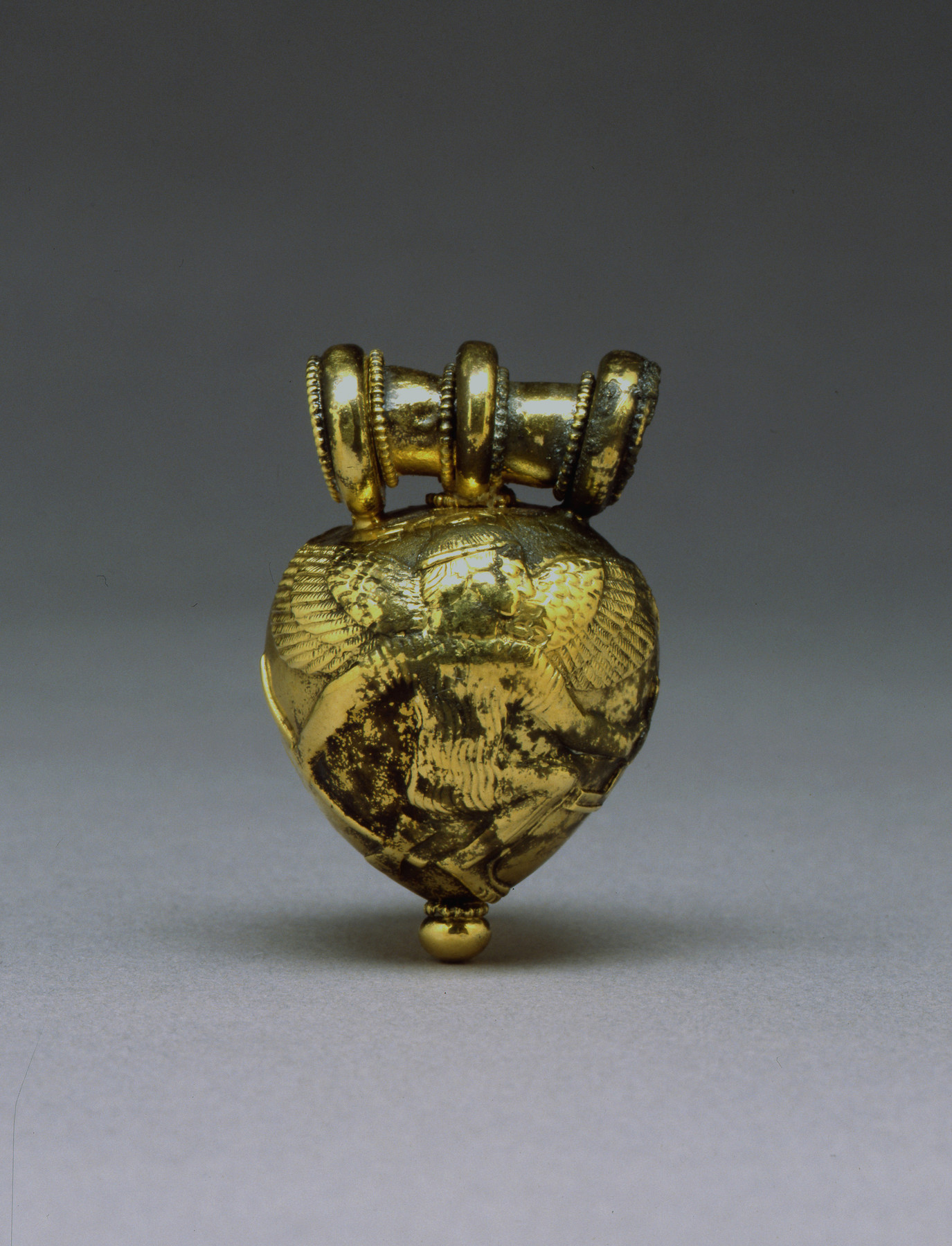 Bulla with Daedalus and Icarus

A "bulla" is a hollow pendant, that could hold perfume or a charm. Found inside this one was "labdanum," a substance used in perfume. Depicted are the mythical craftsman Daedalus and his son, Icarus (on the back). To escape captivity, Daedalus fabricated wings for himself and his son, but Icarus flew too close to the sun, and when the heat melted the wax that held his wings together, he fell to his death.

Said to be from Comacchio, near Ferrara; Sangiorgi [date and mode of acquisition unknown]; Henry Walters, Baltimore, 1930, by purchase; Walters Art Museum, 1931, by bequest.