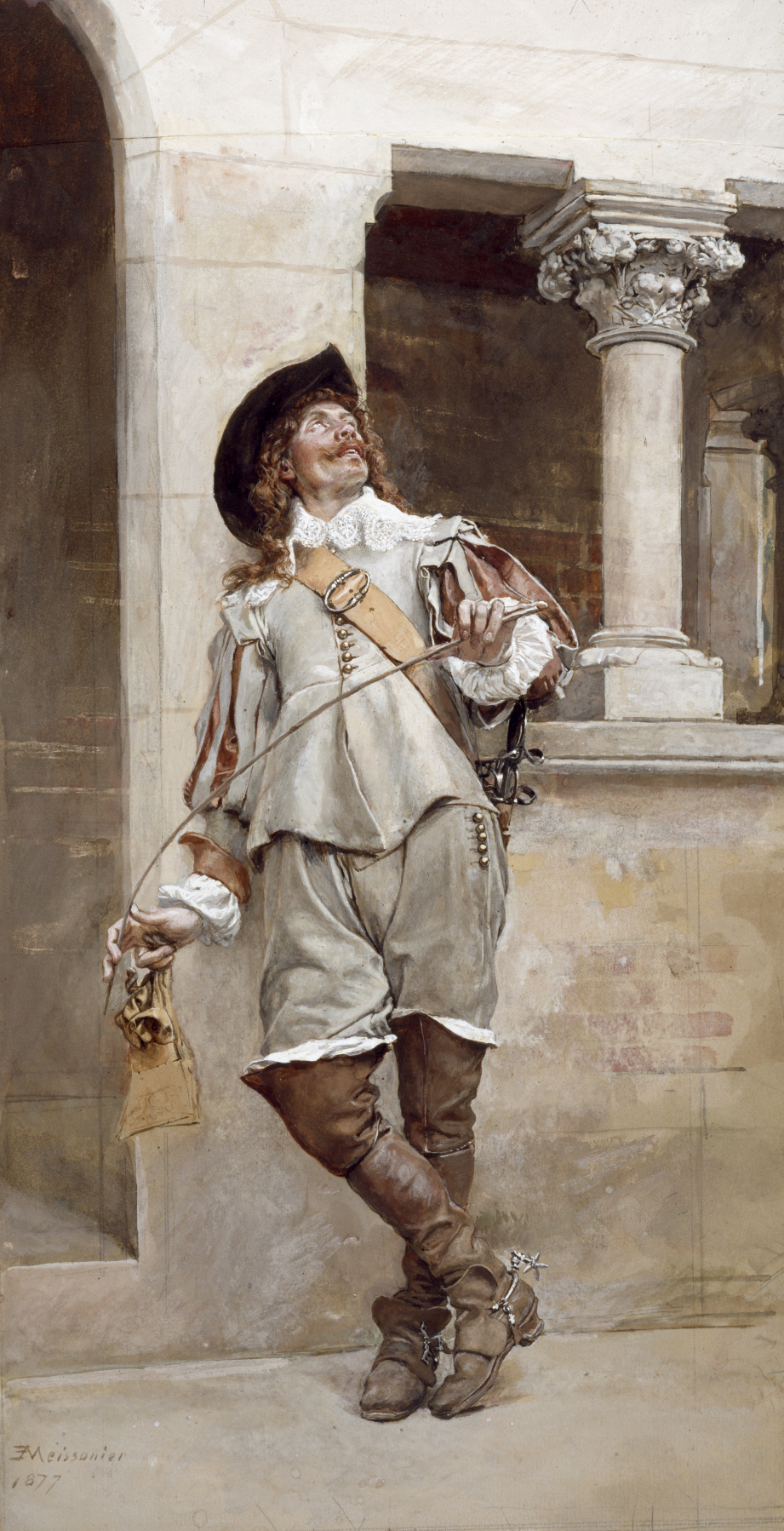 Courtyard of the Artist's Studio

"Courtyard of the Artist's Studio" was not a study for a large-scale painting; rather, it was conceived of as a work of art in its own right and was, in fact, published in a folio of images of similar subjects in 1881. Nonetheless, this beautiful watercolor clearly communicates the reasons for Meissionier's renown during his lifetime, particularly his painstaking attention to historically accurate costumes and settings, which characterizes such paintings as "The Jovial Topper" (1865) and "The End of the Game of Cards" (1865), both in the collection of the Walters Art Museum (37.151 and 37.149).