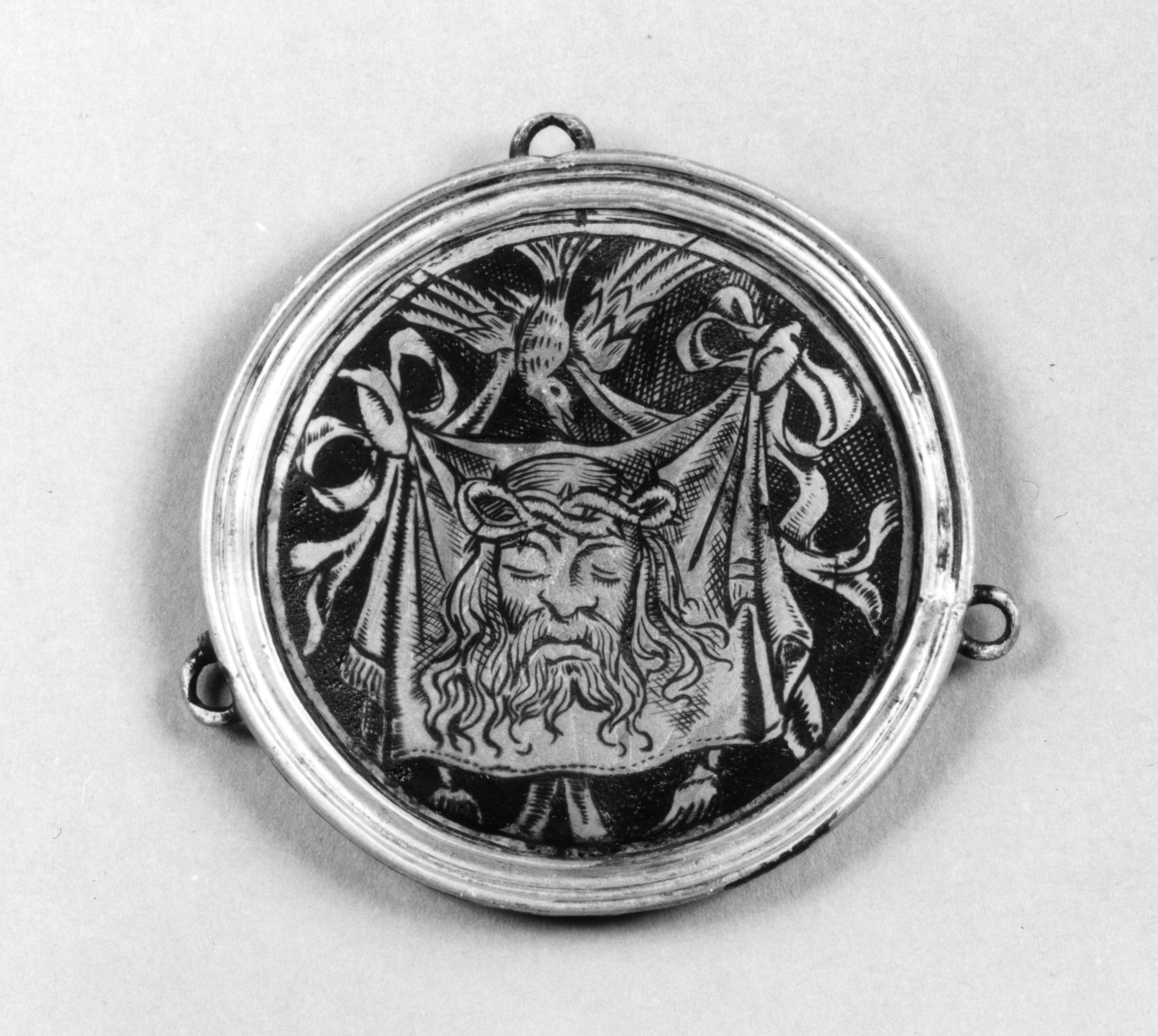 Hat badges were one of the most common types of personal jewelry during the Renaissance, worn predominately by wealthy men. In the Middle Ages, men pinned brooches to their hats in order to demonstrate their political and social allegiances; during the Renaissance, however, hat badges asserted the wearer's individuality. They usually depicted the owner's personal emblem, mythological episodes, or scenes from Scripture, as in this representation of Veronica's Veil, a cloth with the image of Jesus miraculously imprinted on it. A famous and widely venerated relic during the Middle Ages, the veil disappeared from St. Peter's Basilica in 1600.