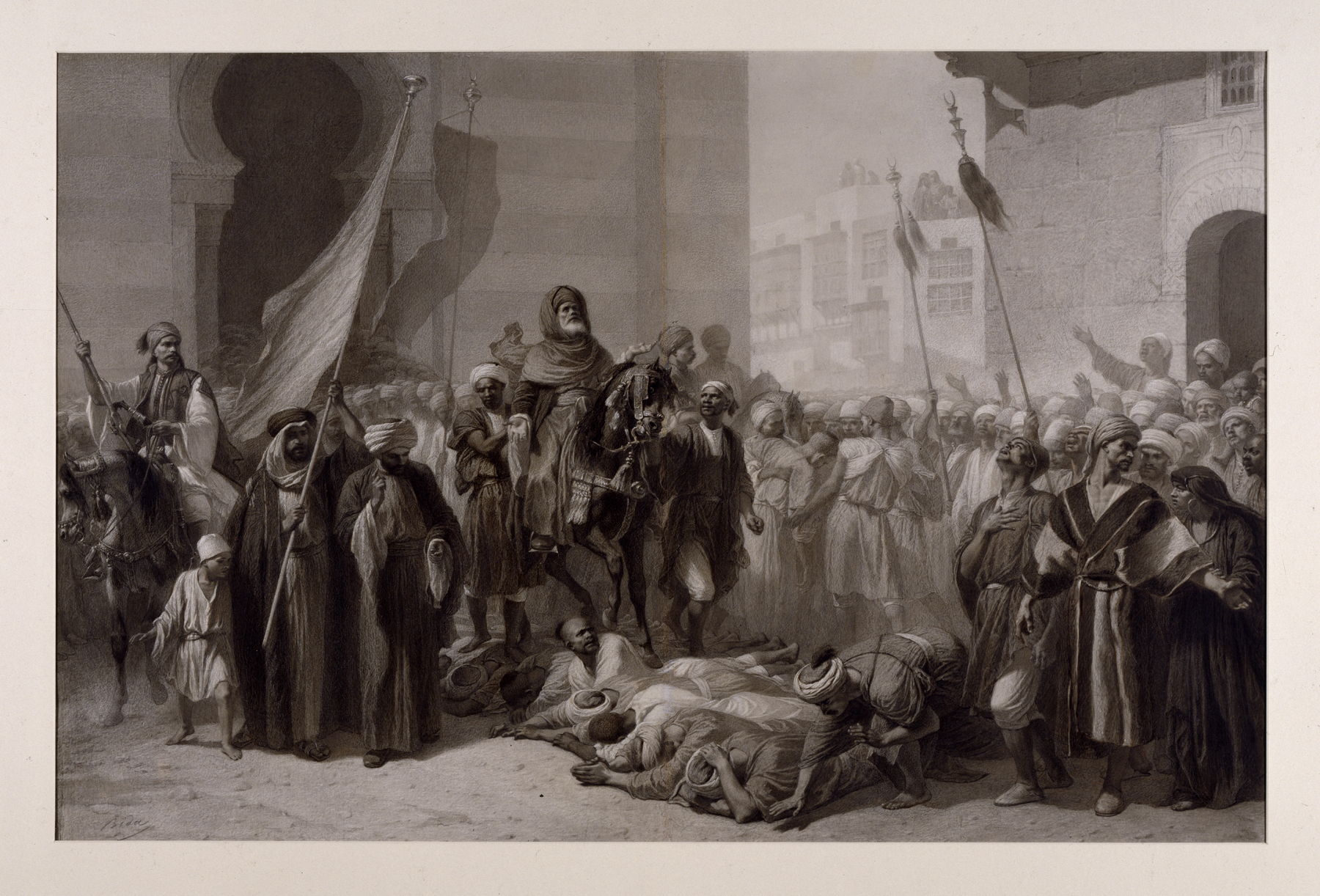 Holding his drawings in the same esteem as his paintings, critics, collectors, and connoisseurs regarded Alexandre Bida as one of the greatest draftsmen of the 19th century. Indeed, William Walters had this drawing framed and hung in a gallery in his house, which he regularly opened to the public in 1879. It appeared in the first catalogue of the collection Walters published and in every subsequent edition.

Bida exhibited the drawing at the Exposition Universelle of 1855, where it was favorably received by the critics and the public. Walters paid 6,200 francs for the work in January 1865, the highest amount he had paid for any drawing up to that point and roughly equal to the prices of some of his paintings.

The drawing's large-scale and complex composition, not to mention its critical acclaim and prestigious provenance, warranted the high price. The monumental architecture, the throngs of people, the attention to ethnographic details, such as the costumes, banners, and horse trappings, demonstrate the artist's full range of skills and talent. Bida illustrates a scene he may have witnessed on his second trip to the Middle East. Maxime du Camp described the ceremony in his book "Le Nil: Égypte et Nubie," published in 1854: "In former times Sheik Saad-Ed-Din, in order to prove the power of Mohammed, whom he served with love, rode on horseback over a road strewn with bottles without breaking any of them. Today, the chief of the order of the Dervishes, founded by Saad-Ed-Din, carries out the same journey. Only, instead of bottles and glasses, men are placed under the hooves of his horse...This is the Dosseh [trampling]."