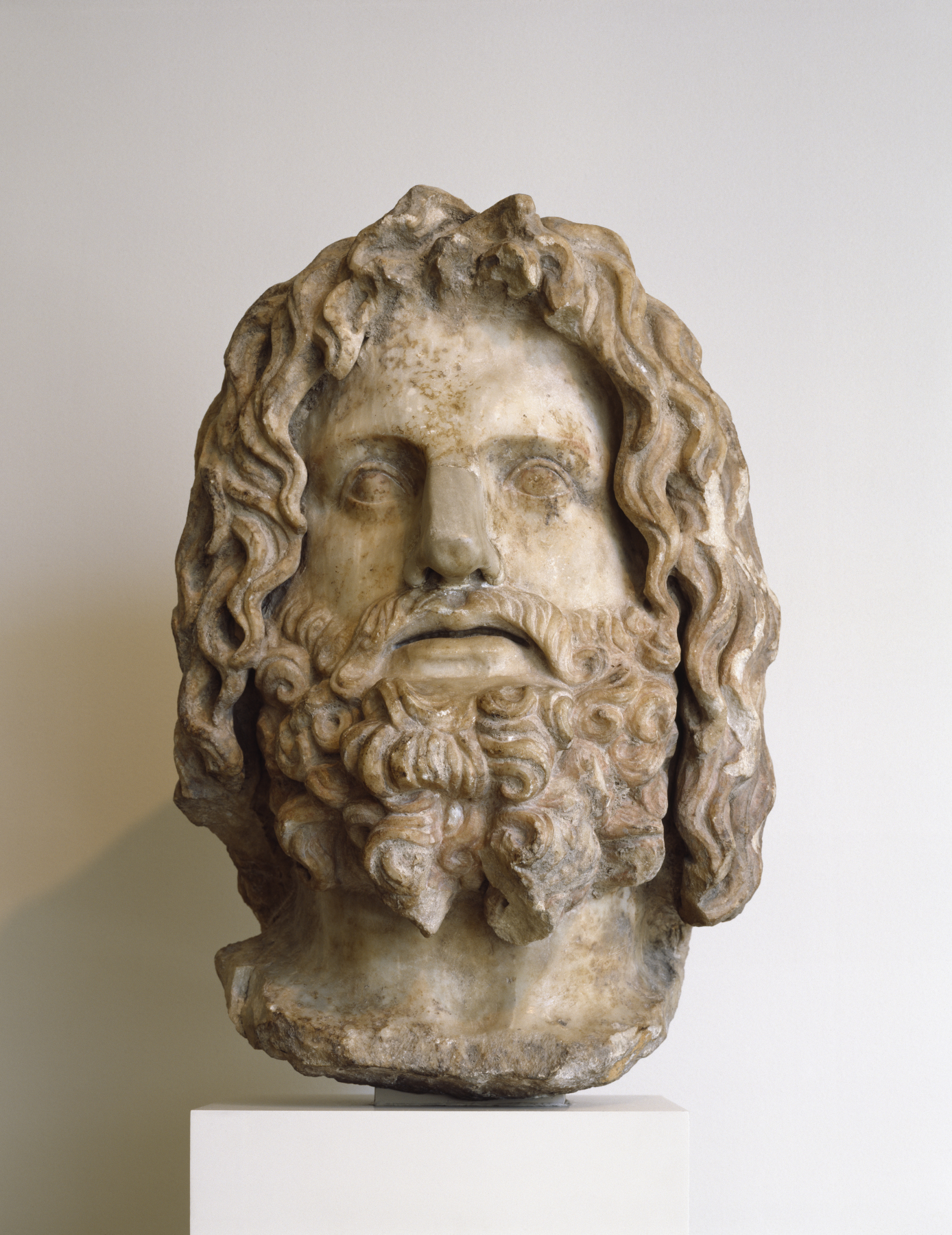 The size of this head and the abbreviated treatment of the back and sides indicate that it was part of a colossal statue, perhaps shown seated, that was meant to be viewed frontally. He has wide, elliptical shape eyes and a mustache and beard of tight curls that surround his parted lips. His face is framed by wavy hair that reaches down to his chin. While these qualities recall representations of Greek gods such as Zeus, Hades, and Poseidon, the indications of five curls at the forehead (now broken) are typical of Serapis. Further identifying this figure as Serapis is a hole at the top of the head that once served to attach Serapis’s attribute, known as a kalathos (woven basket) or modius (grain measure), which emphasized his associations with abundance and the underworld. Serapis was a syncretistic deity, adopting elements from the Egyptian gods Osiris and Apis, and the Greek gods Zeus, Hades, Asklepios, and Dionysos. The cult of Serapis is thought to have been introduced during the reign of Ptolemy I of Egypt (306-283/282 BCE) and flourished under the Roman Empire. The nose is a modern restoration.