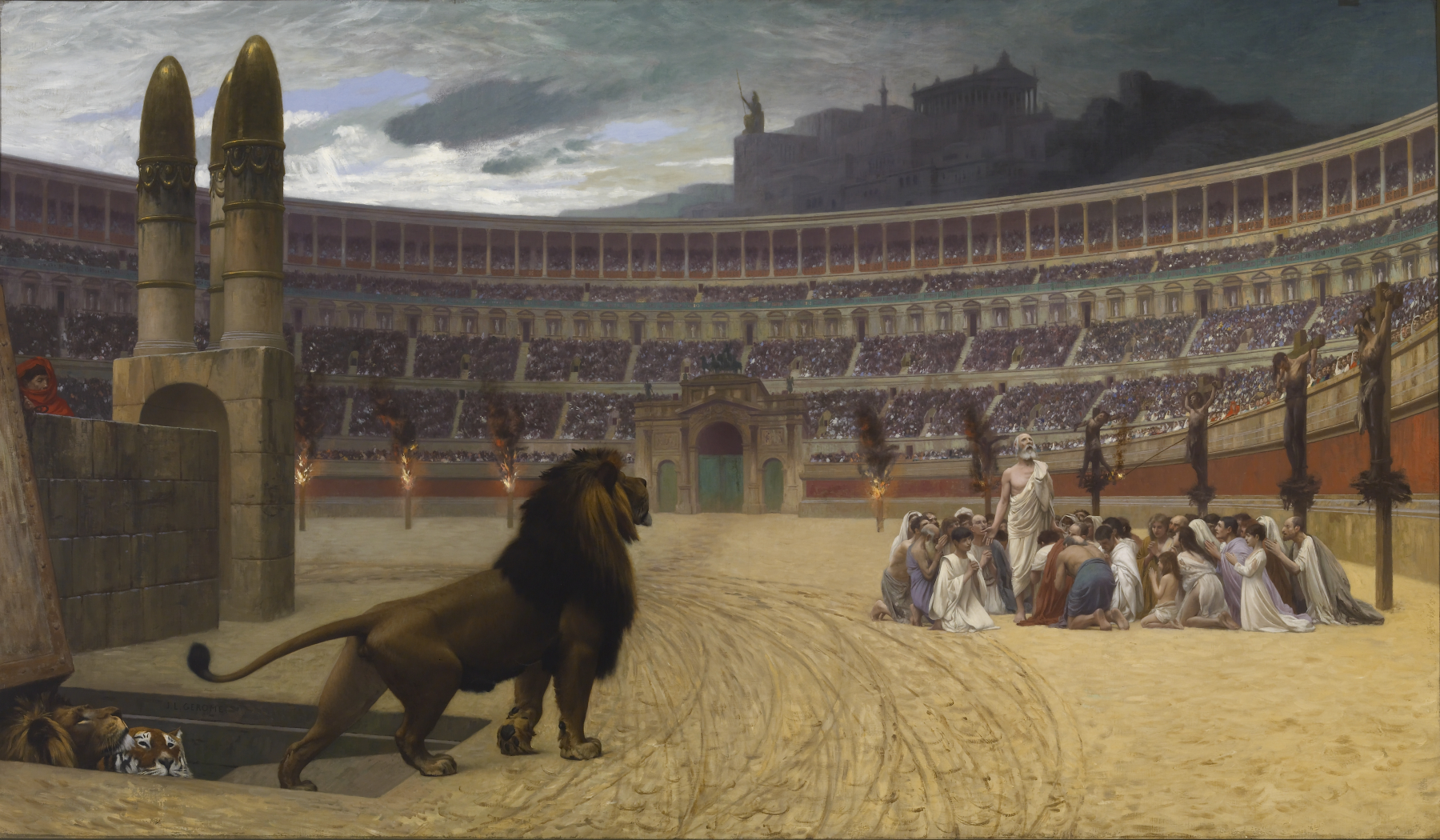 William T. Walters commissioned this painting in 1863, but the artist did not deliver it until 20 years later. In a letter to Walters, Gérôme identified the setting as ancient Rome's racecourse, the Circus Maximus. He noted such details as the goal posts and the chariot tracks in the dirt. The seating, however, more closely resembles that of the Colosseum, Rome's amphitheater, in which gladiatorial combats and other spectacles were held. Similarly, the hill in the background surmounted by a colossal statue and a temple is nearer in appearance to the Athenian Acropolis than it is to Rome's Palatine Hill. The artist also commented on the religious fortitude of the victims who were about to suffer martyrdom either by being devoured by the wild beasts or by being smeared with pitch and set ablaze, which also never took place in the Circus Maximus. In this instance, Gérôme, whose paintings were usually admired for their sense of reality, has subordinated historical accuracy to drama.