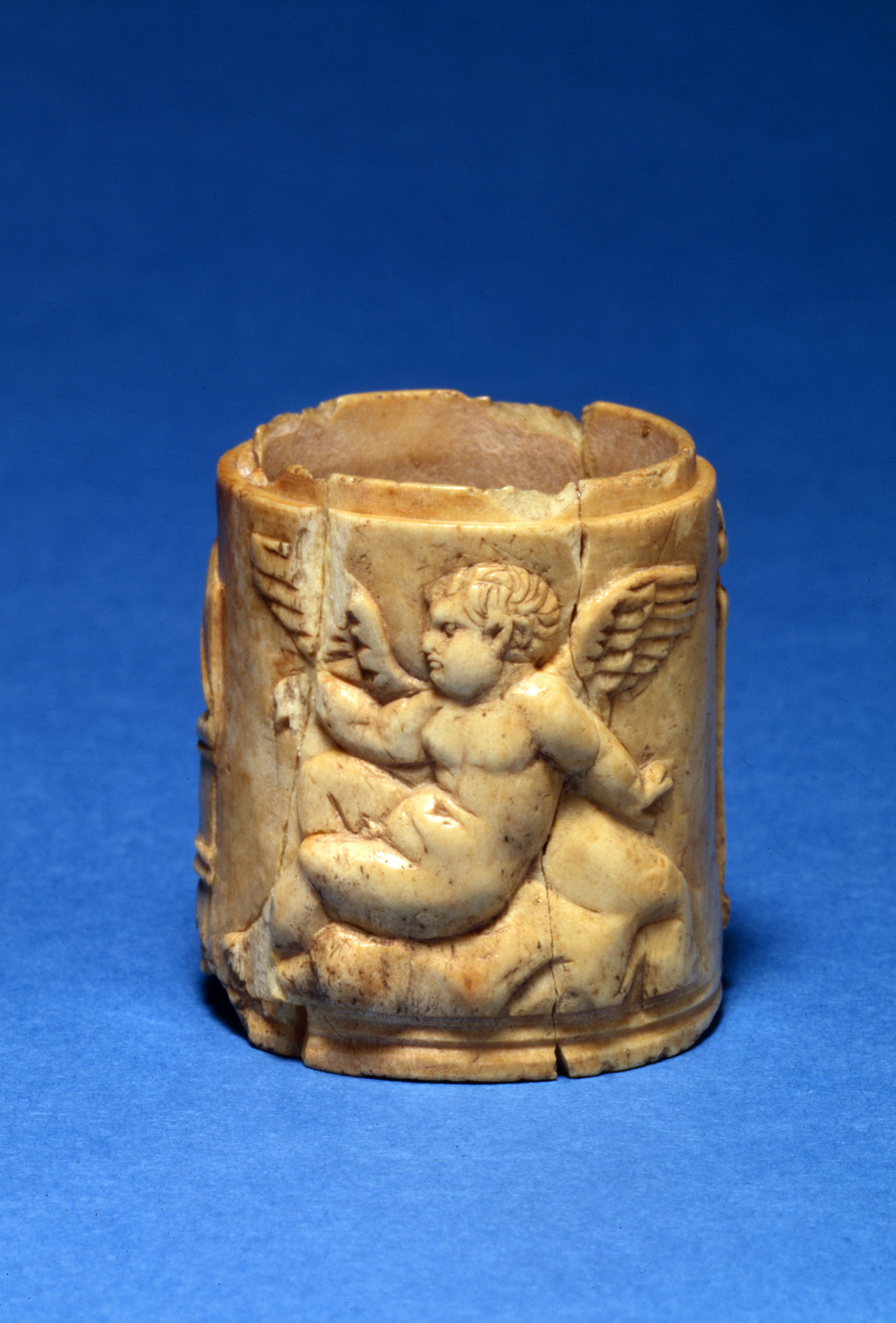 Pyxis with Erotes in Relief

This cylindrical container, missing its cover, is decorated with four Erotes. One, seated on a cushioned ledge, holds a ribboned staff. A second approaches from the right with a basket of fruit; a third comes from the left with a wreath. A fourth Eros carries two vases. The modeling is summary. The eyes of three of the Erotes are rendered by cutting out the socket leaving a large round iris. The eye of the Eros with the wreath is narrow, with no iris indicated. The head, wings, and drapery of this Eros are carved from another piece of bone, probably at a later time, neatly fitted in to fill a missing section fo the original. Another patch is between the legs of this Eros.