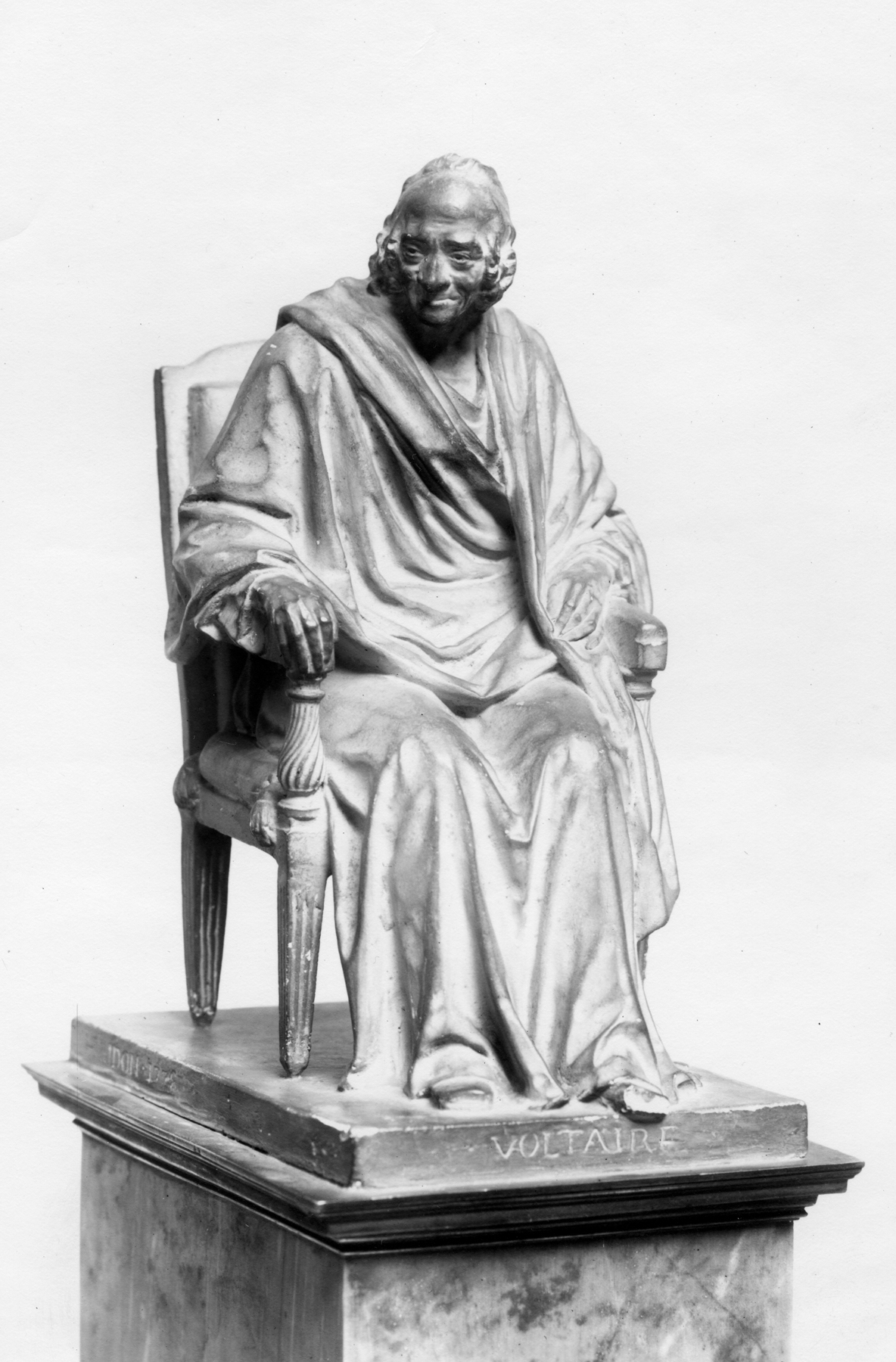 Voltaire, the pen-name of Françoise Marie Arouet (1694-1778), was the leader of Europe's enlightenment intellectuals in the middle of the 18th century. He was both anti-clerical and anti-establishment and was more than once sentenced to imprisonment or exile because of his views. In 1778 Louis XVI allowed him to make a final visit to Paris, but he died there on 10 February. After the French Revolution in 1789 the National Assembly voted to honor Voltaire by transferring his remains to the Pantheon, Paris. This took place in 1791. In the procession that accompanied the body was a gilded papier-mache statue of the writer by Houdon, this may have been the forerunner of this piece.

A full sized statue was exhibited at the Salon in 1781, the face modeled after a life mask molded at the beginning of Voltaire's last stay in Paris, the hands modeled from plaster casts taken by Houdon on Voltaire's deathbed. Another small seated Voltaire can be found at Versailles and the Ackland Art Museum, Chapel Hill). Full sized versions in marble can be found at the Comédie Française, Paris and the Hermitage, St. Petersburg. A terra-cotta replica, signed and dated 1781, can be found in the Institut Voltaire, Geneva and at least one other version in terra-cotta is known. This version in plaster is painted to resemble terra-cotta, and is signed and dated 1778.