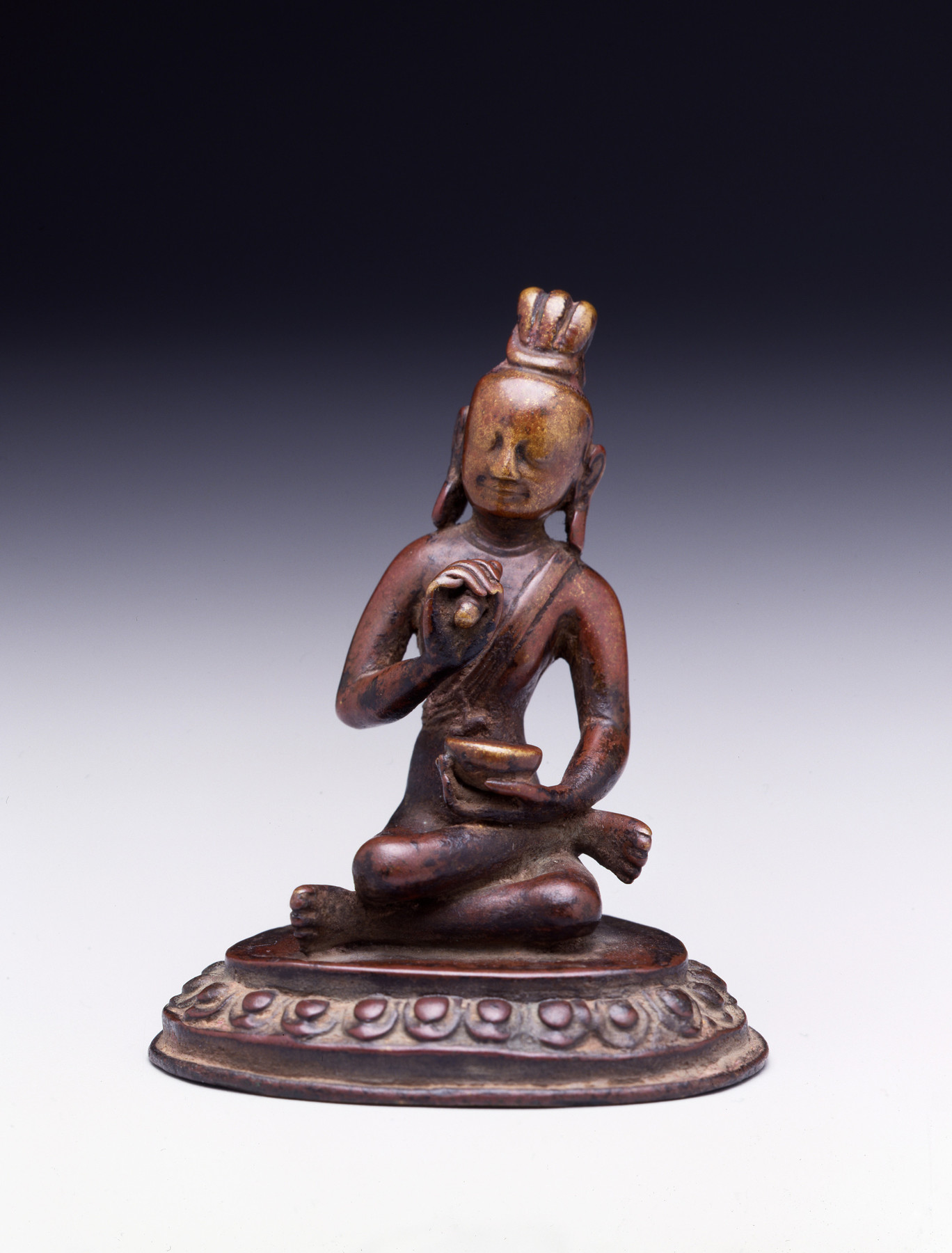 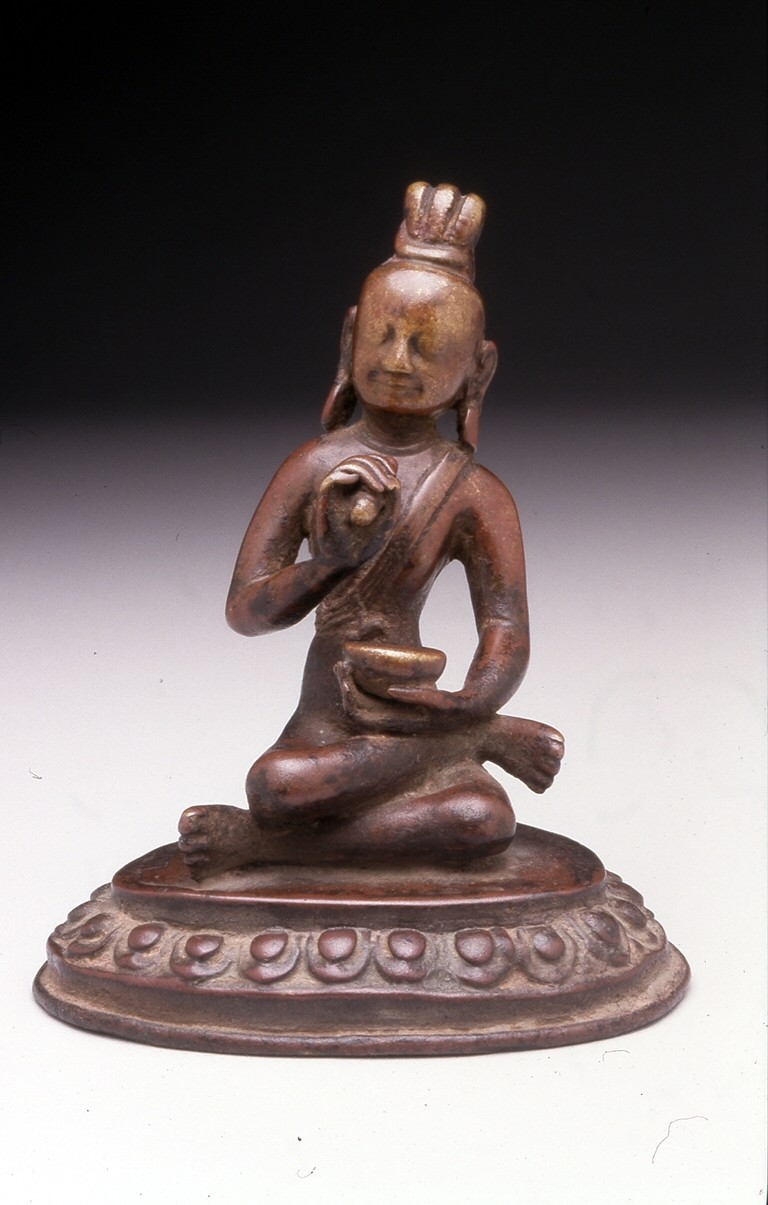 This figure represents a yogi wearing his yogic band over his left shoulder. Like a divinity he sits on a lotus in the heroic "virasana" posture. In his lap he holds a skull cup revealing his role as a tantric teacher. This posture and iconography is common to Pala sculpture of the 11th and 12th centuries.

It is likely that this figure represents a mahasiddha, a tantric teacher revered for having achieved "siddhi," or perfections. A group of eighty-four mahasiddhas was revered by both Hindus and Buddhists. Two of them, Matsyendranatha and Gorakhnatha became the foci of cults in Nepal. This figure was likely part of a 12th-century altar devoted to one of these mahasiddhas. It evidently was revered for quite some time as the rubbing associated with devotional practice has rendered its surface features quite muted.