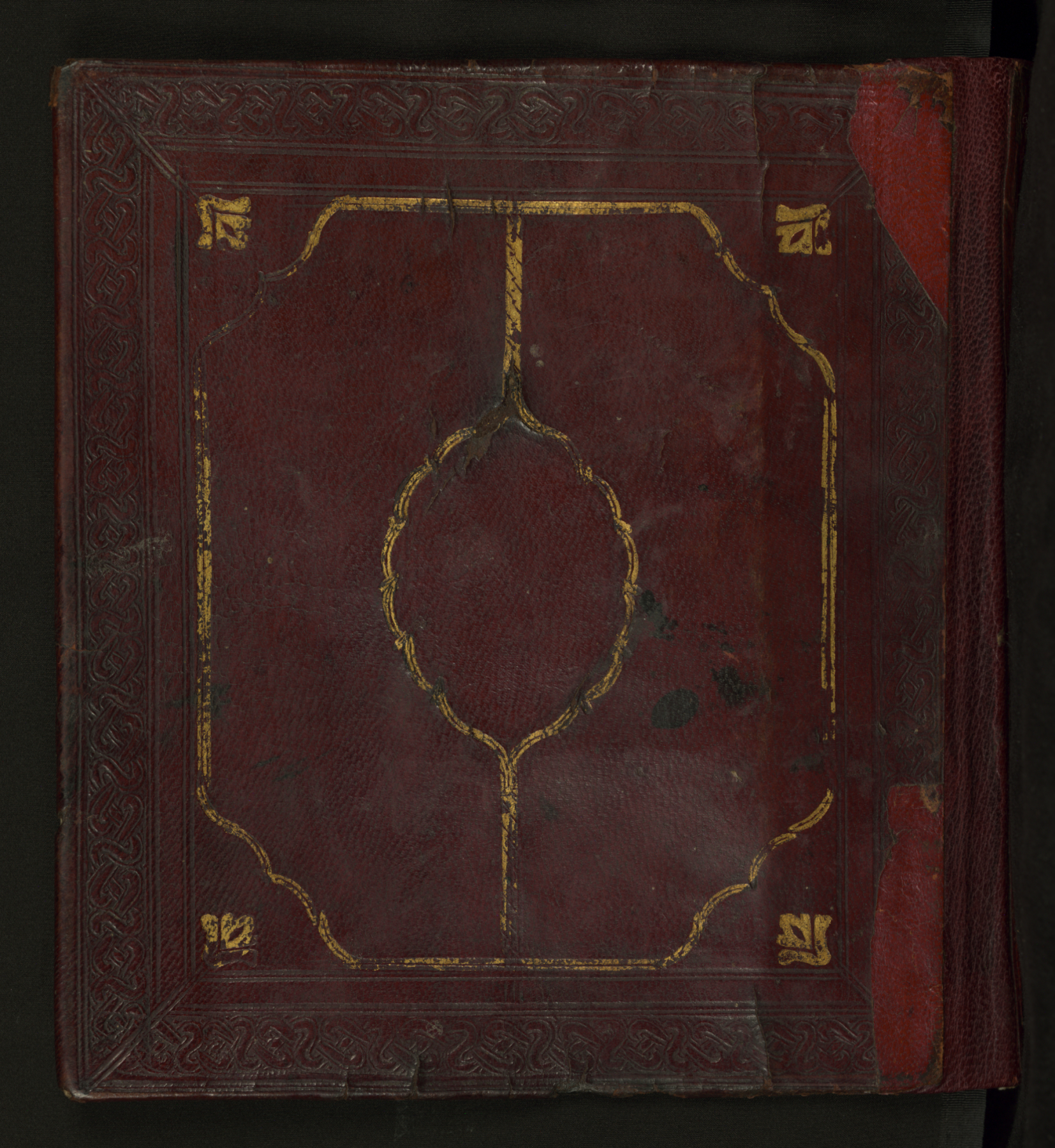 Walters manuscript W.556, a square-format manuscript on parchment, is volume 9 (al-juz' al-tasi') of the Qur'an, covering chapter 29 (Surat 'ankabut), verse 46, to the end of chapter 37 (Surat al-saffat). It dates to the 6th century AH/AD 12th and was produced in the Maghreb. The text is written in Maghribi script in dark brown ink and vocalized with polychrome dots. The manuscript opens with a double-page illuminated frontispiece (fols. 3b-4a) and incipit (fol. 4b). Verse markers in the shape of trefoils indicate the end of each verse, and the letter ha' in the form of a teardrop and discs with rosettes indicate groups of five and ten verses. The illuminated finispiece with colophon (fol. 133b) states that it is the end of volume 9 of the Qur'an (al-juz' al-tasi' min al-rab'ah) and offers a prayer for the Prophet Muhammad and his family. The dark red goatskin binding dates to the 10th century AH/AD 16th. 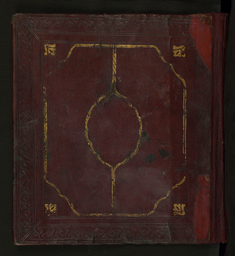 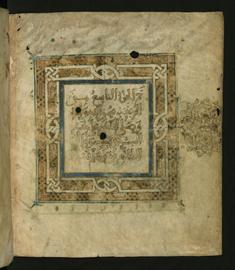 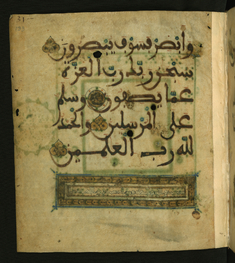 Illuminated Tailpiece for Chapter 37 of the Qur'an 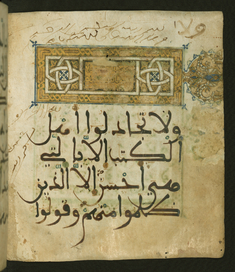 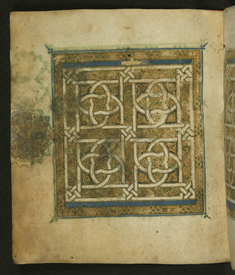 Left Side of a Double-page Illuminated Frontispiece 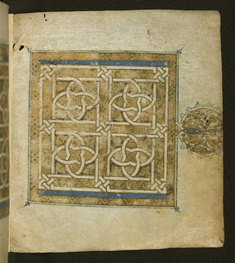 Right Side of a Double-page Illuminated Frontispiece