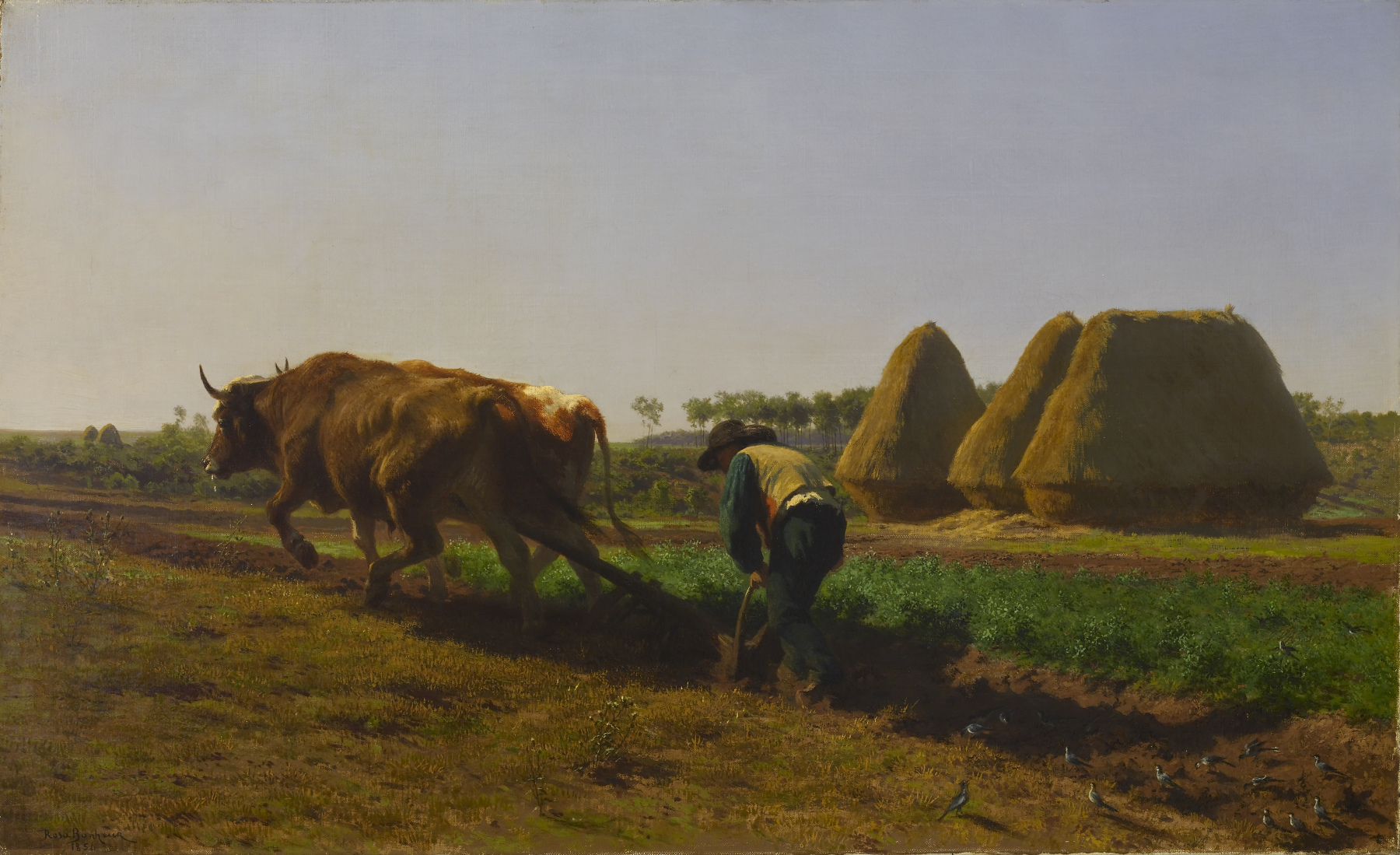 The heat of the noonday sun is palpable in this painting as drooling oxen drag a plough. They are followed by a man whose face is obscured by a hat, which shields him from the bright sun, while birds peck at the furrow left in their wake. Rosa Bonheur was among the most celebrated painters of animals in the 19th century. She frequently depicted plowing scenes that highlighted her command of animal anatomy, which she studied through dissection. This scene reverses the composition of her first work to gain major celebrity: “Ploughing in the Nivernais,” which was exhibited at the Salon and won a medal in 1849. In 1857–58 Rosa Bonheur’s fame and success in the United States was secured by the national tour of her dramatic 16-ft. (five-meter)-wide oil painting, The Horse Fair. The tour was organized by the dealer Ernest Gambart, who played a significant role in fostering a taste for European art among American collectors. Undocumented in any of the early catalogues of the Walters Art Museum, this painting seems to have been acquired by Henry Walters during the last few years of his life. The most successful and celebrated female artist of her time, in 1860, Bonheur purchased the château of By in the village of Thomery, not far from Barbizon, where she lived with a menagerie of exotic animals.

[1] the entry of this painting into the Walters collection is undocumented, it may have been purchased by Henry Walters after 1929, the date of the last complete catalog of the collection.

Acquired by Henry Walters, after 1929