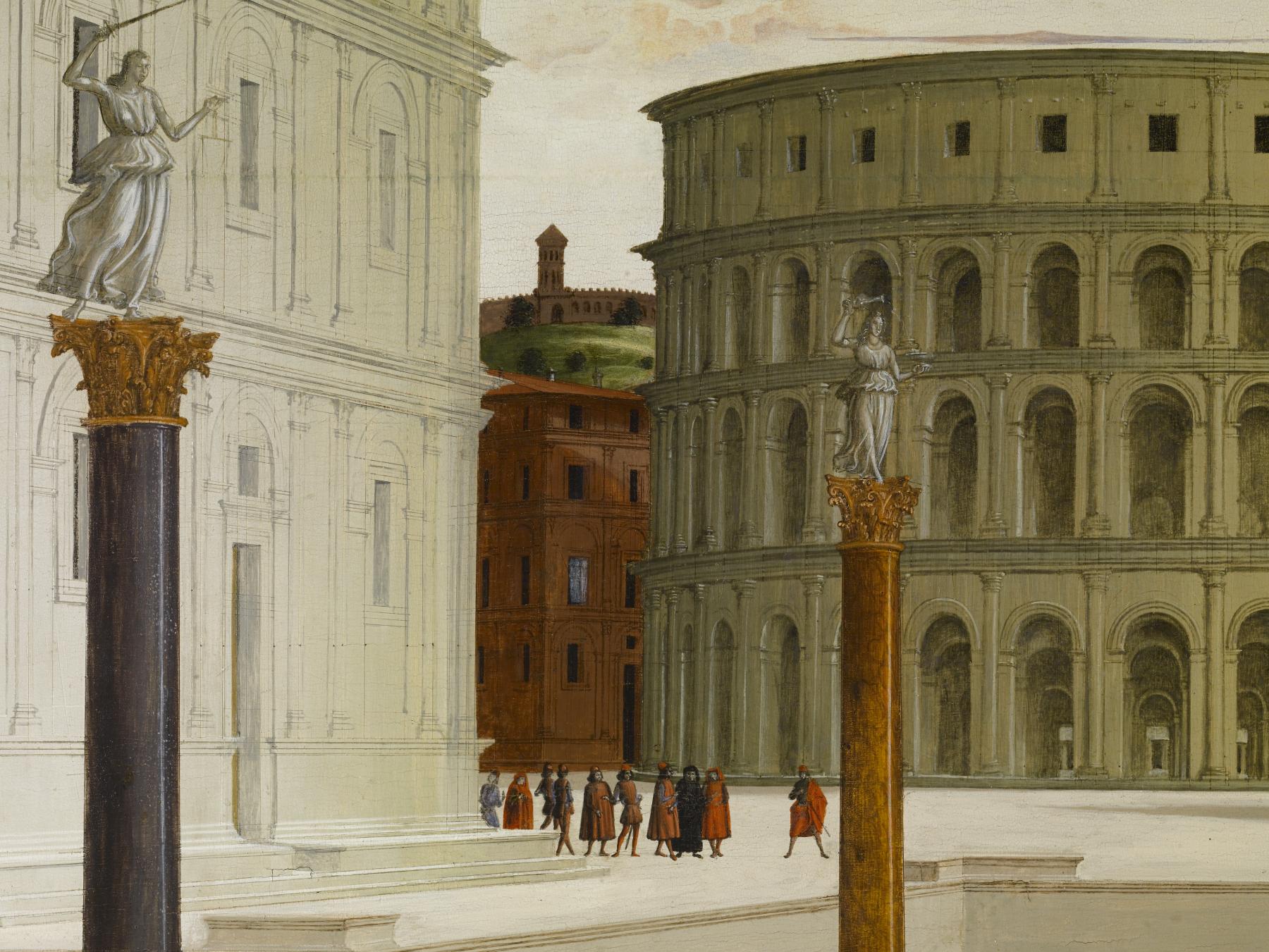 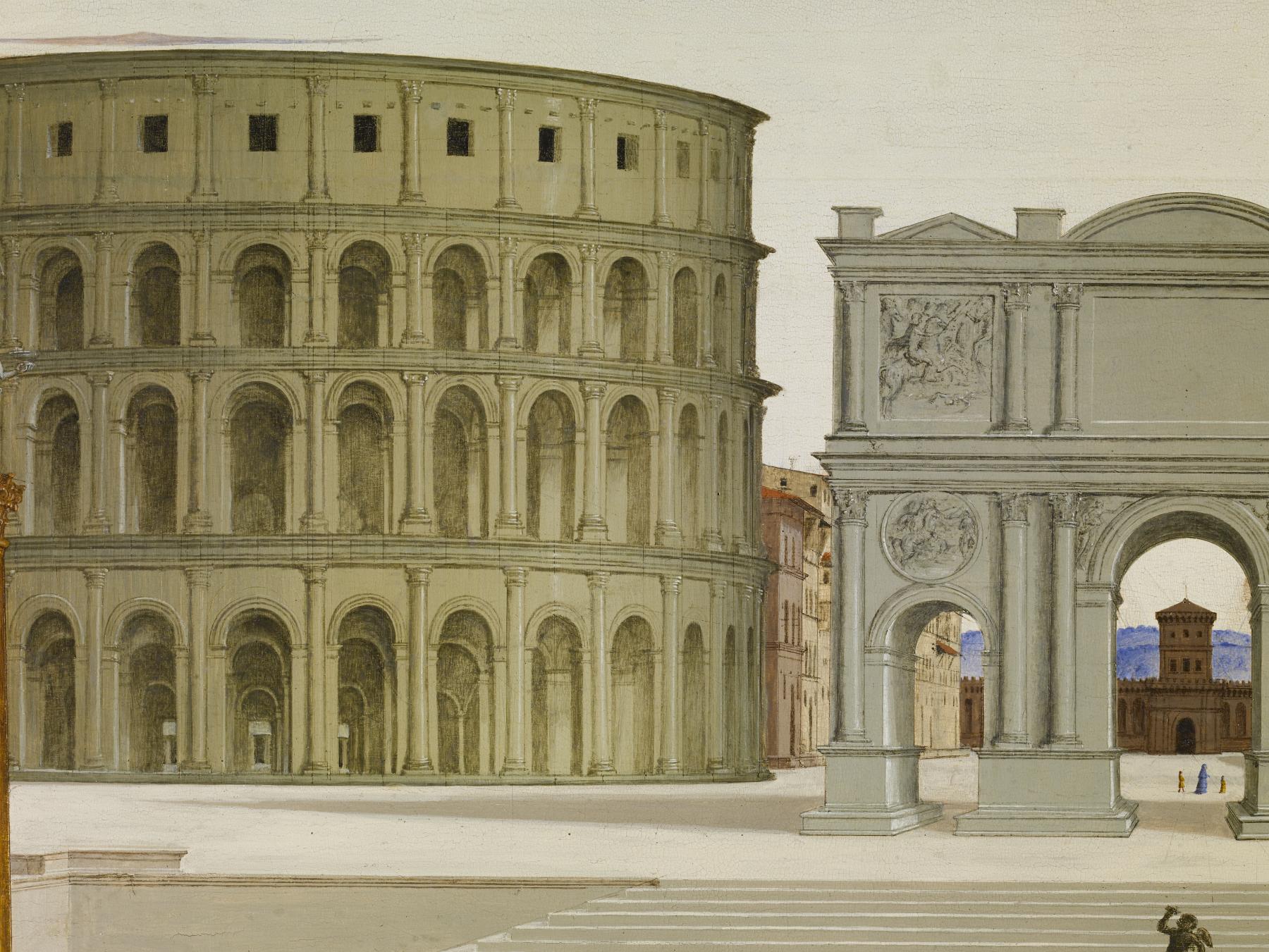 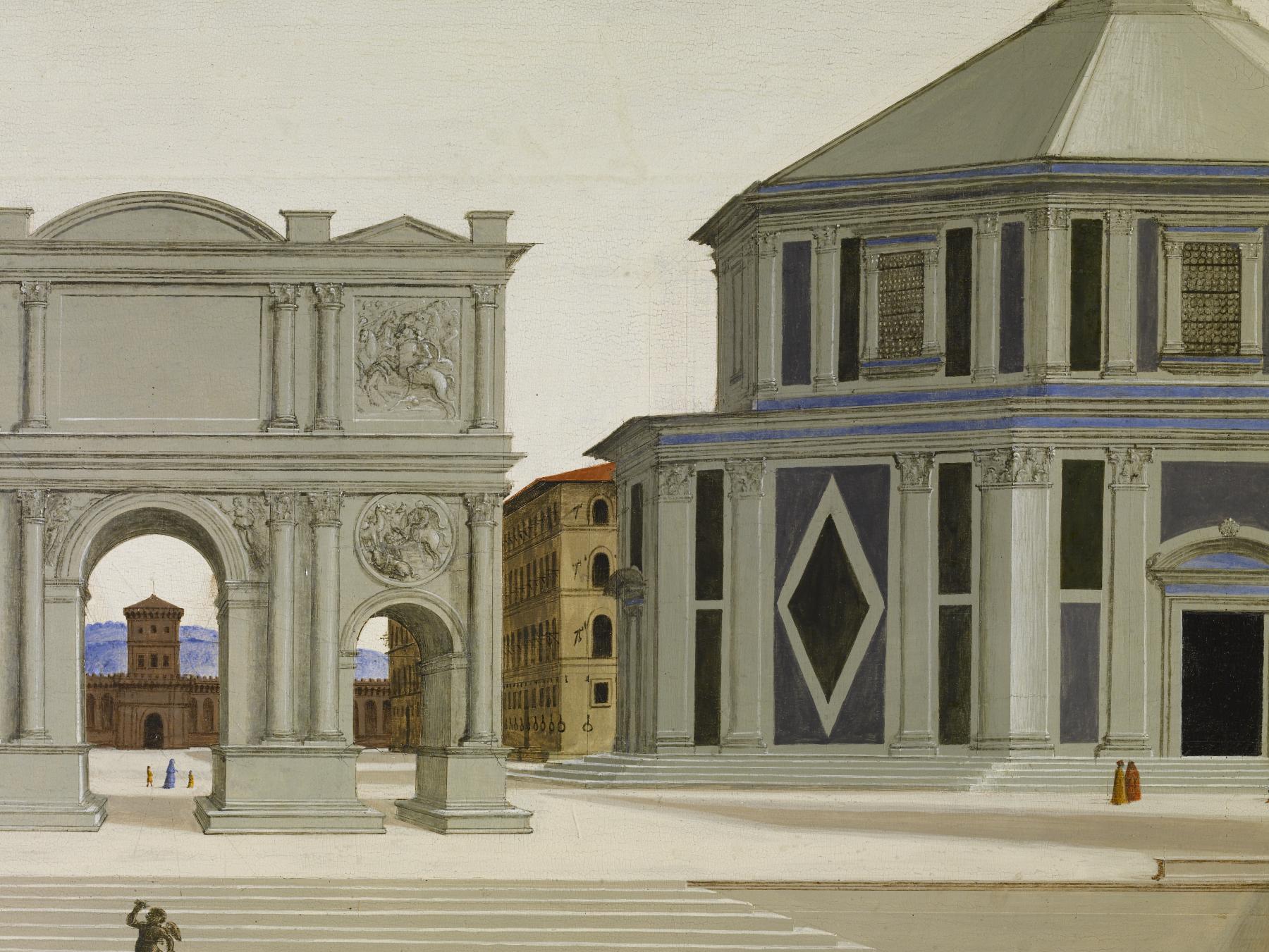 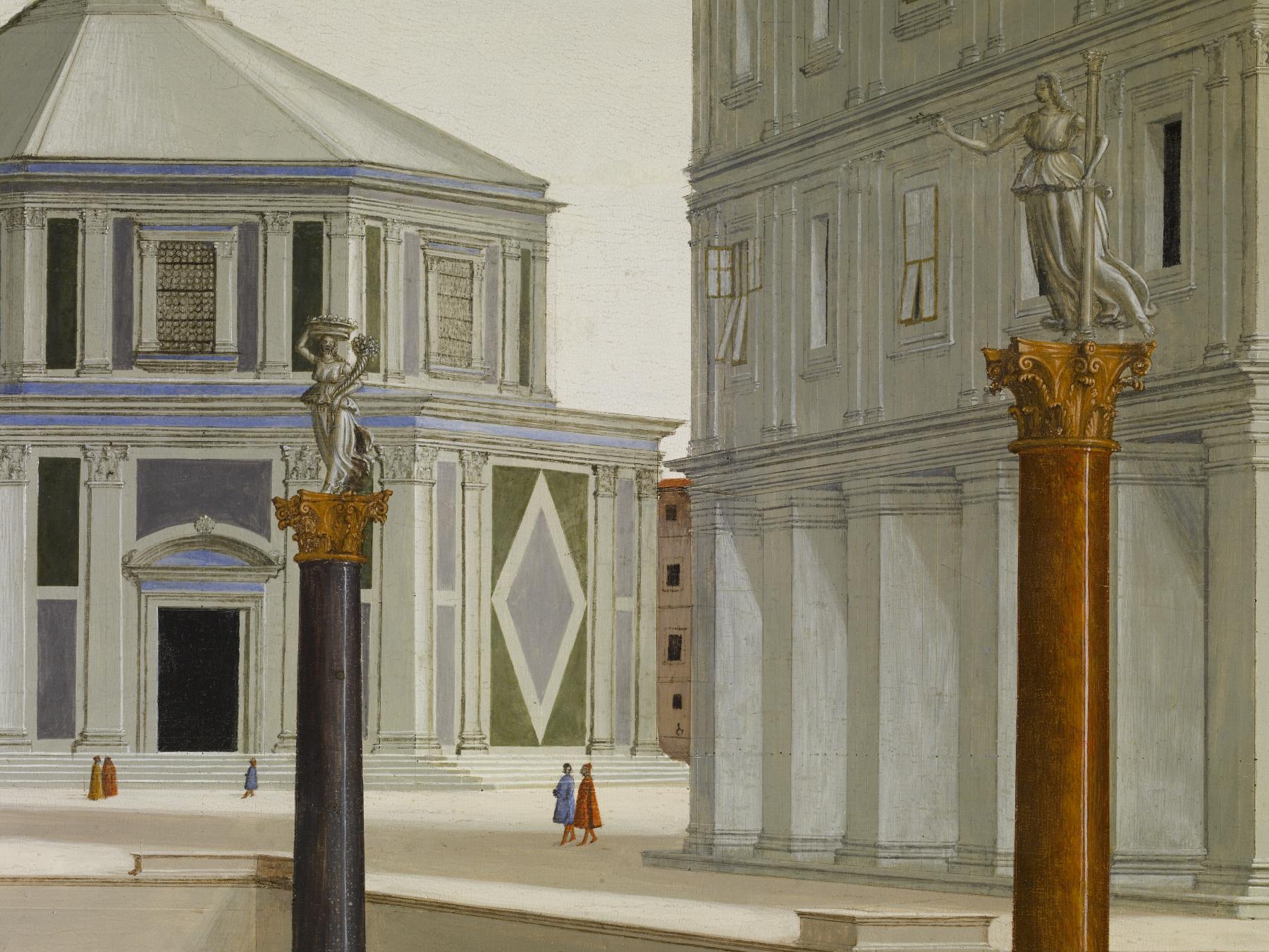 This extraordinary panel exemplifies Renaissance ideals of urban planning, respect for Greco-Roman antiquity, and the mastery of central perspective. The imaginary city square features a Roman arch typically erected as a commemoration of military victory at its center. As a whole, the painting offers a model of the architecture and sculpture that would ideally be commissioned by a virtuous ruler who cares for the welfare of the citizenry. The amphitheater is modeled on the Colosseum in Rome. The octagonal structure to the right, covered with colored stone, suggests the medieval Baptistery in Florence, which in the 15th century was thought to be a reused Roman temple. Together they reflect the importance of security, religion, and recreation in a well-regulated city and the value of Roman ideals in urban design. The private residences at either side are also dignified with classical architectural elements. Classicizing elements also appear in the foreground. Statues, set on columns in the Roman style, represent the virtues of a good ruler (based on the traditonal cardinal (chief) moral virtues celebrated since antiquity, both in Greco-Roman culture and in the Old Testatment: Justice with her sword and scales, Liberality (generosity) with a cornucopia, Moderation with a pitcher of water to mix with the basin of wine, and Fortitude with her column. This view and a related paintings now in Urbino were apparently commissioned for the palace of Duke Federico da Montefeltro of Urbino. Another related view is now in Berlin. Set into the woodwork at shoulder height or higher, "The Ideal City" would have seemed like a window onto another, better world. The illusion of a space that extends out from our own is achieved using a mathematical perspective system developed in Florence. The space is defined in terms of the viewer's own angle of vision: the receding lines establishing spatial relationships converge at a central point in the city gate visible beneath and beyond the Roman arch.