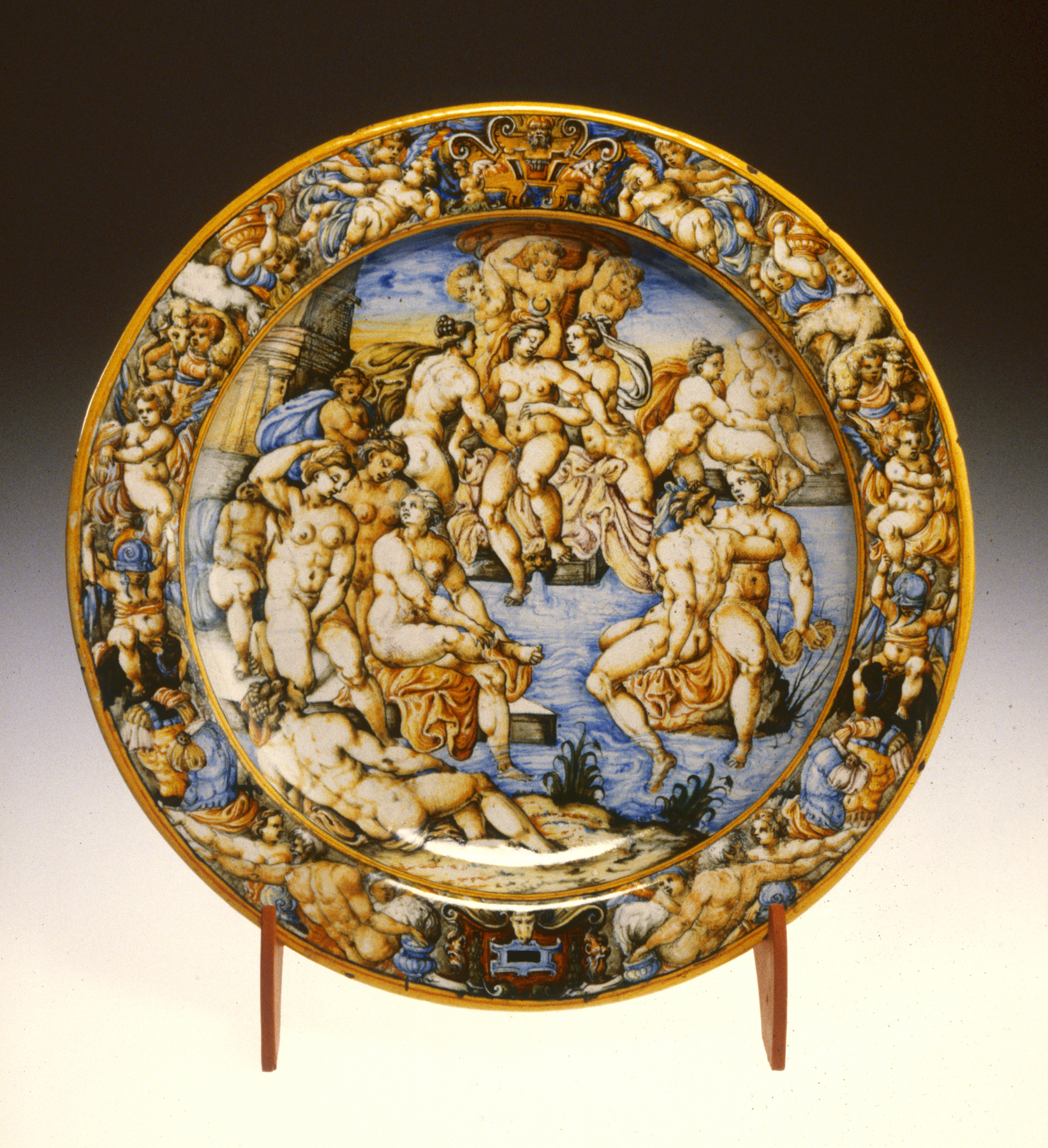 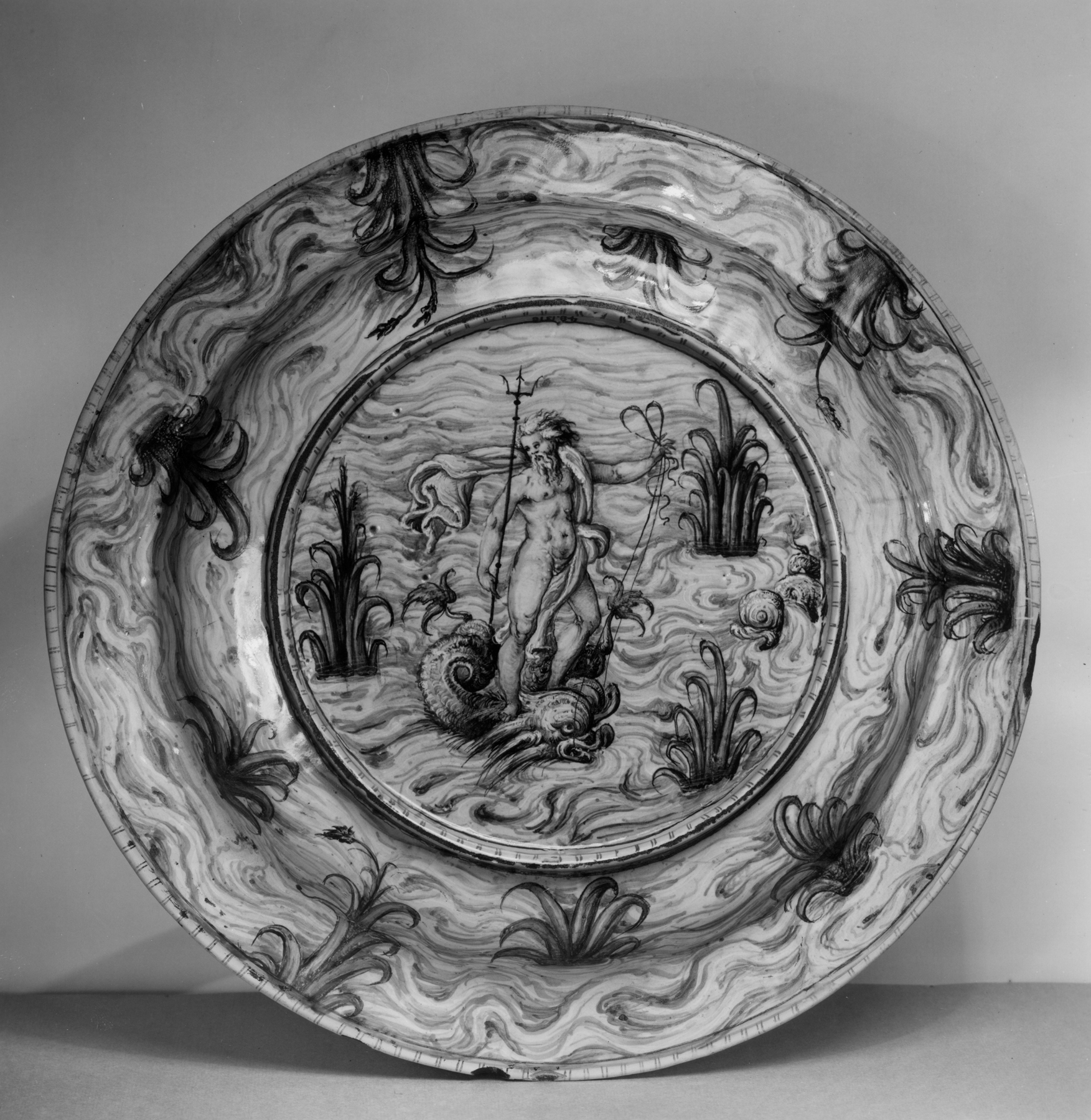 Dish with Diana and Her Nymphs Bathing

In the center roundel of this dish, Diana, goddess of the moon and the hunt, sits under a fountain, attended by nymphs. On the outer rim, a series of putti (winged male babies) are shown dressed in armor, while carrying vessels and animals. On the back of the plate, Neptune—god of the sea—holds a trident and stands astride two dolphins, surrounded by ocean plants.

These scenes are characteristic of “istoriato” wares, a style of maiolica that portrayed narrative subjects taken from Classical and Biblical texts. Maiolica painters often adopted their “istoriato” compositions from contemporary paintings, drawings, or engravings, and this dish is a prime example of the piecemeal manner in which some maiolica workshops made their wares. The scene of Diana and her nymphs likely originated from a drawing by Taddeo Zuccaro (1529-1566), while the cupids, satyrs, and trophies may be based on a drawing by Battista Franco Veneziano (1510-1561). The artist also imitated the Mannerist painting style by depicting muscular figures engaged in complex turning poses. This dish was produced by the Fontana family workshop, one of the most successful maiolica workshops in Urbino during the second half of the sixteenth century. To see other pieces made by the Fontana family workshop, click on the name in the creator field; for more on “maiolica” in general, see 48.1336.