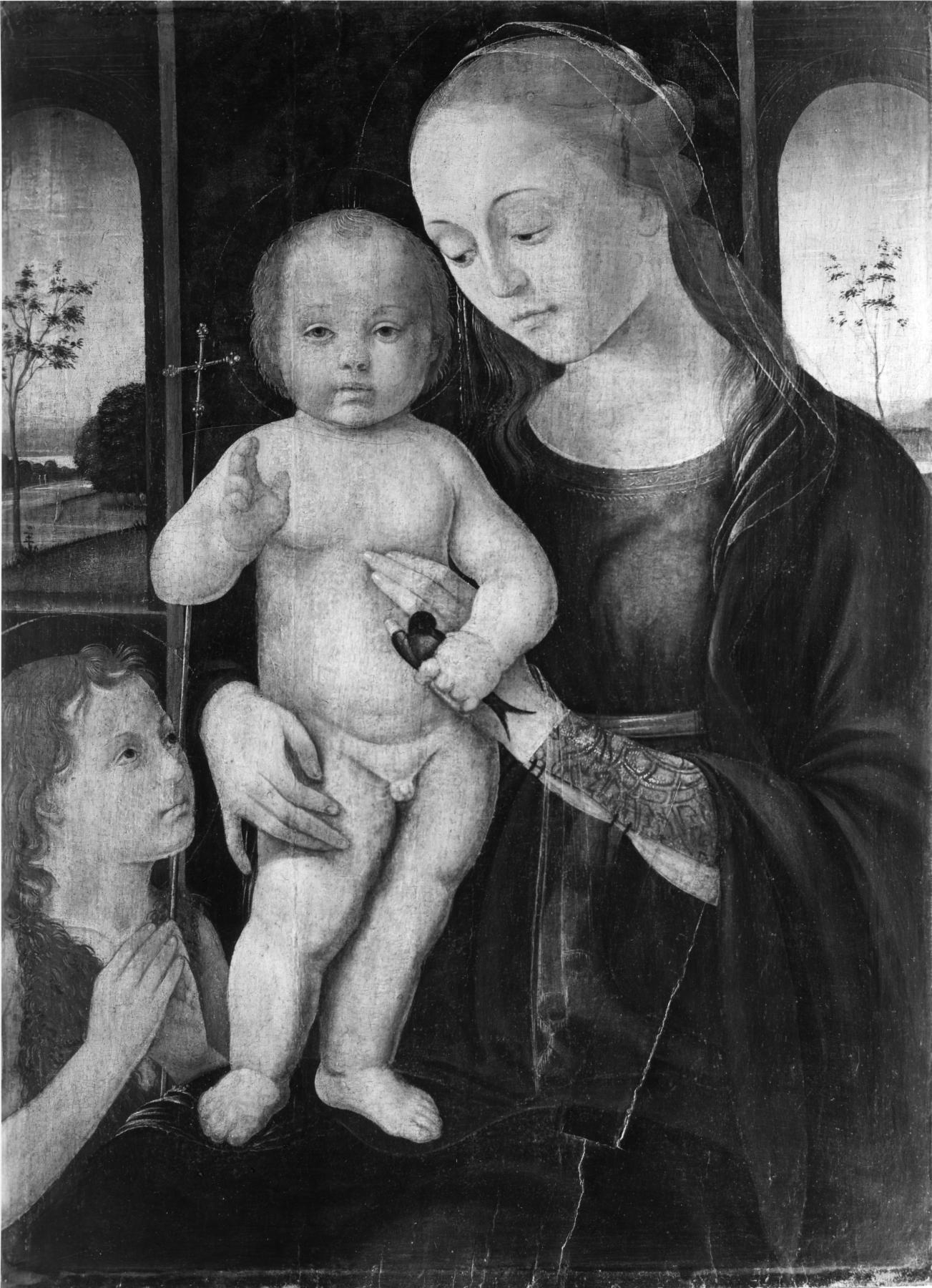 Madonna and Child with the Young St. John the Baptist

Half-length images of the Madonna and Child enjoyed great popularity in the domestic interiors of Renaissance Italy. This example makes especially clear that, in addition to their decorative function, these images could serve as the focus for daily prayer. The Christ Child stands upright on his mother’s knee and gazes directly at the viewer, to whom he offers a gesture of blessing. In the lower left, the young John the Baptist—Christ’s cousin and the patron saint of Florence—looks on in prayer, mirroring the actions of those who would have originally prayed before the painting. In his left hand the Christ Child holds a swallow, a popular symbol of his Resurrection based the old belief that the bird hibernated during the winter and reappeared in the spring, when the Resurrection was celebrated.

The painting is a typical work of the Florentine painter Biagio d’Antonio, best remembered today as among the group of artists summoned to Rome in the 1480s to work in the Sistine Chapel in the Papal Apartments.