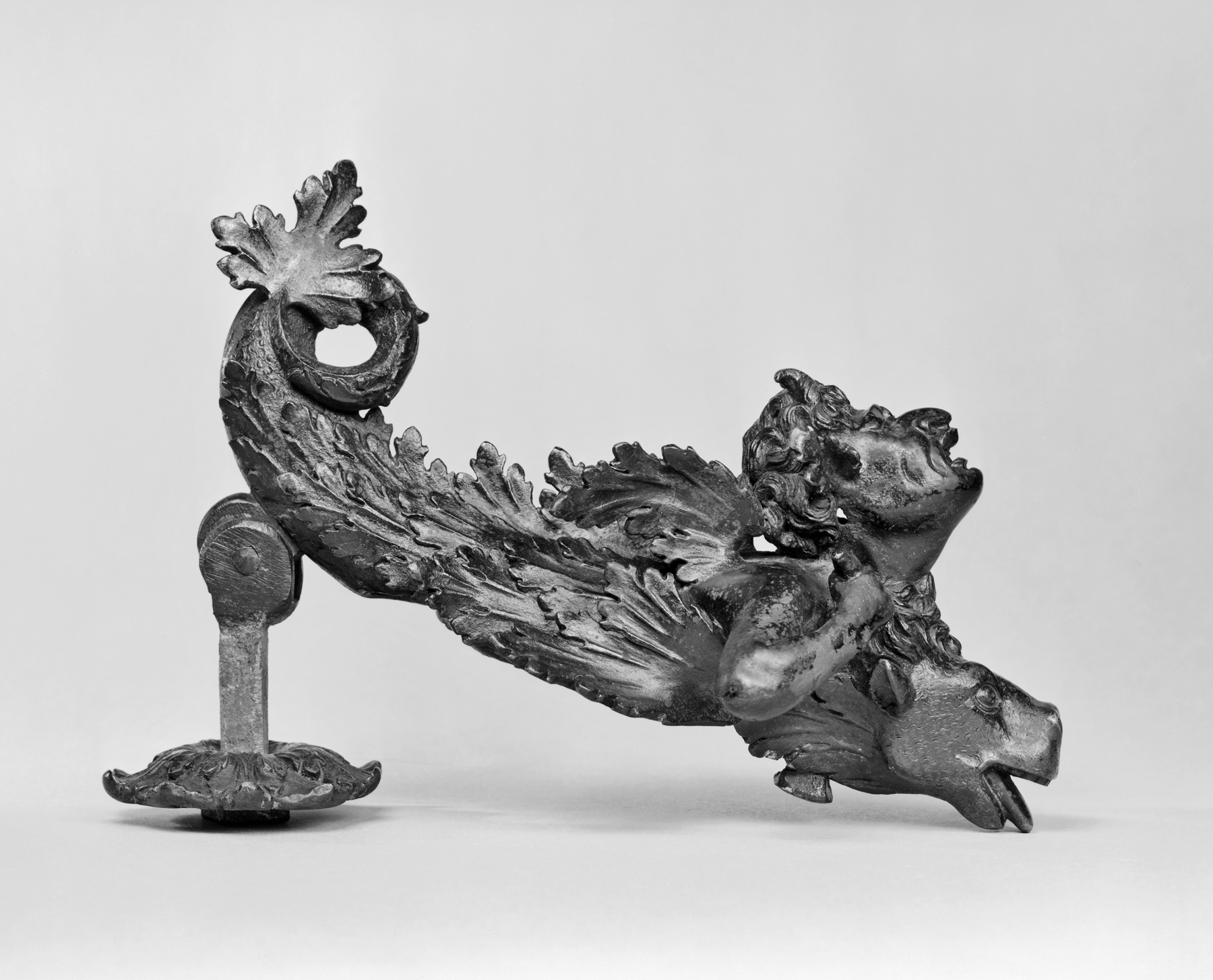 Doorknocker in the Shape of a Demon Riding a Dragon

A gleeful demon with the head of a satyr grasps the horns of a bull-headed dragon. This is a witty response to the ancient Roman taste for giving everyday bronze objects shapes that combine legendary creatures and exaggerated real animals and people. It was in university circles in Padua and in Riccio's workshop that a fascination with creating new interpretations of such monsters developed. From his nickname "Riccio" which means hedgehog--implying he had bristley hiar, and his Self Portrait (Vienna, Kunsthistorisches Museum), it appears that the artist was of African ancestry, for shich see Revealing the African Presence in Renaissance Europe (2012), which can be downloaded from this website. He was one of the great sculptor of his time and the challenges he must have faced during his lifetime make his achievments so much more memorable.
"Riccio" was Andrea Briosco's nickname. It means hedgehog or used as an adjective implies bristly like a hedgehog. He did a small self-portrait now in the Kunsthistorisches Museum in Vienna in which his haird is indeed depicted as an "Afro." He is one of the most skilled and inventive sculptors of the small bronze of the Italian Renaissance.