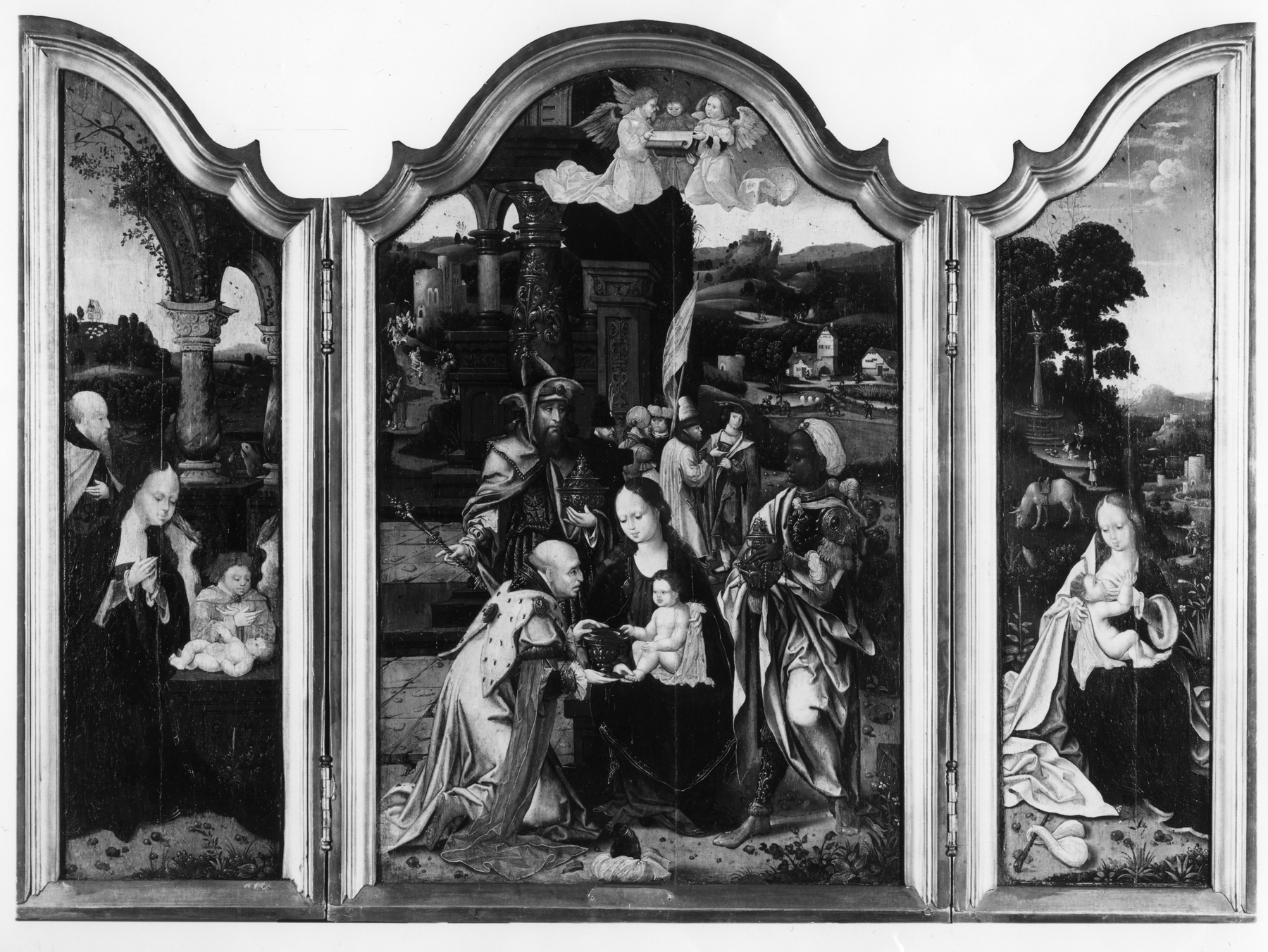 Triptych with the Adoration of the Magi, the Nativity, and the Rest on the Flight into Egypt

The center panel of this triptych depicts the Adoration of the Magi, along with the Journey of the Magi. As is commonly seen at this period, the youngest magus (or wise man) is a dashing black man. Following an issue raised in the Walters' exhbition Revealing the African Presence in Renaissance Art (catalogue edited by Joaneath Spicer, 2012-13), one must ask who the model for this figure was. It appears to be based on a life study, especially as the style in which the painting is executed suggest that the study was made in Antwerp. See also other treatments of the same subject by Stetter and Santacroce in the Walters.
On the left panel is the Nativity with the Shepherds Guarding Their Flocks. On the right panel is the Rest on the Flight into Egypt with the Fall of the Pagan Idols.

The Netherlands, Antwerp (Place of Origin)