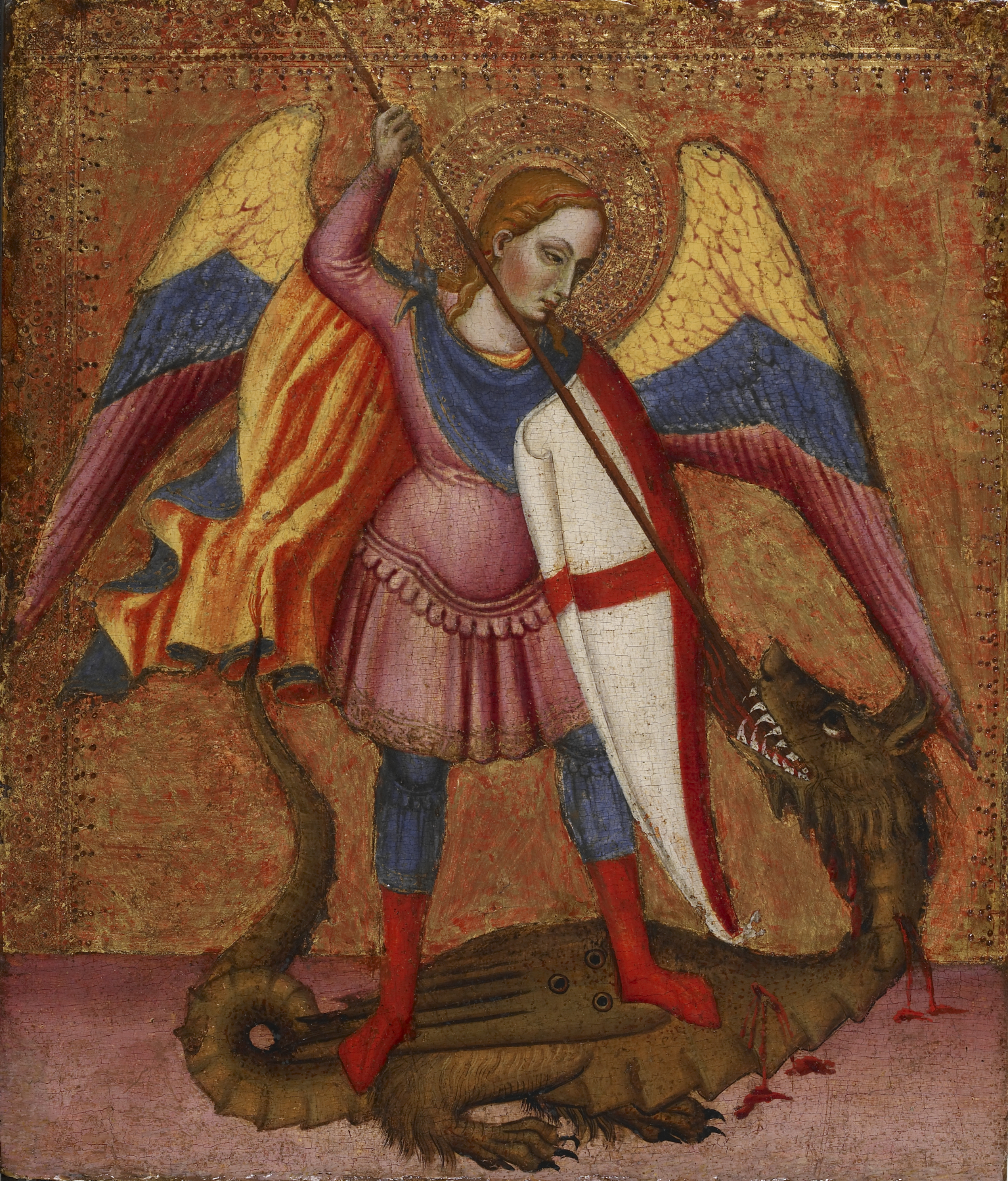 His wings outstretched and his cloak fluttering behind him, St. Michael plunges his spear into the dragon's jaws. The archangel's position on the body of the dragon symbolizes the victory of good over evil, which is further emphasized by the contrast between the sweeping wing of the archangel and the immobilized wing of the dragon. By extending Michael's wing beyond the punched border decoration, the painter makes the archangel seem to expand into the picture field in front of the gold background.